Fun Facts about the Moon:

• The gravitational pull of the Moon controls the rise and fall of tides on Earth and also slows the planet’s rotation.

• The phases of the Moon serve as calendar markers for human beings.

• The Moon is a dusty ball of rock, a quarter of the size of Earth.

• The Moon’s surface has mountains, huge craters and flat planes called “seas” made of hardened lava.

• It takes 27.3 days for the Moon to travel all the way around the Earth and complete its orbit.

• The Moon does not produce its own light, we see the Moon shine bright because it reflects light from the sun! 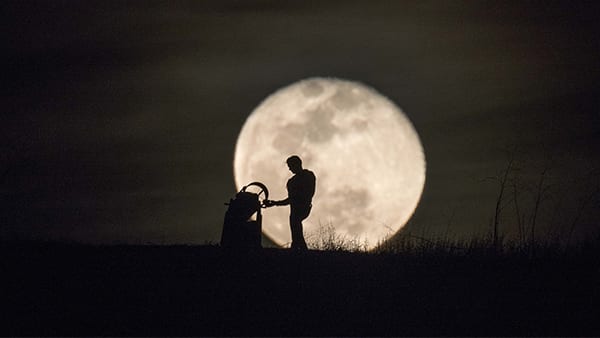 What is a New Moon?

A New Moon is when the Moon cannot be seen because we are looking at the unlit half of the Moon. The New Moon phase occurs when the Moon is directly between the Earth and Sun.

Did you know a solar eclipse can only happen at New Moon?

Ever wonder why the Moon appears to change shape each night? That’s because as the Moon orbits the Earth, the Sun lights up a different part of the Moon’s surface. So that means it’s just our VIEW of the Moon that’s changing, not the Moon itself. This is called the Phases of the Moon, or the Lunar Cycle.

Print out the Moon Phases Calendar (next page) for your Night Sky Watch. Draw the Moon each night you see it. How does it change from night to night? Week to week?