If you could choose a tree to be your friend, what type of tree would you choose? Write about your friend the tree, and explain why you think it’s the best.

Personification is when we describe things that aren’t humans as though they have human traits or behaviours. Some examples are, “The river waves to me, asking me to play,” and “The stars write me a note in the sky.” Can you write a journal entry using personification to describe the traits your friend the tree has?

Trees can tell us a lot about what season we are in. The trees around us have gone through some big changes over the last couple of months.

• What have you noticed about the trees around you?

• What has remained the same? 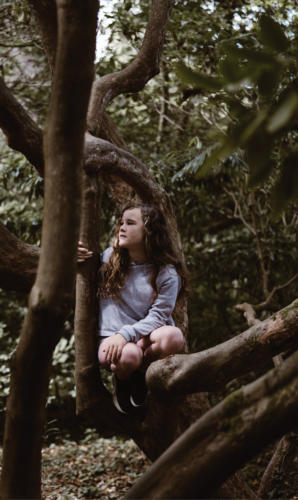 Compare and contrast some of the similarities and differences between you and your tree friend using the Venn Diagram found on the next page of this lesson plan. A Venn diagram is an illustration of the relationships between objects that share something in common.