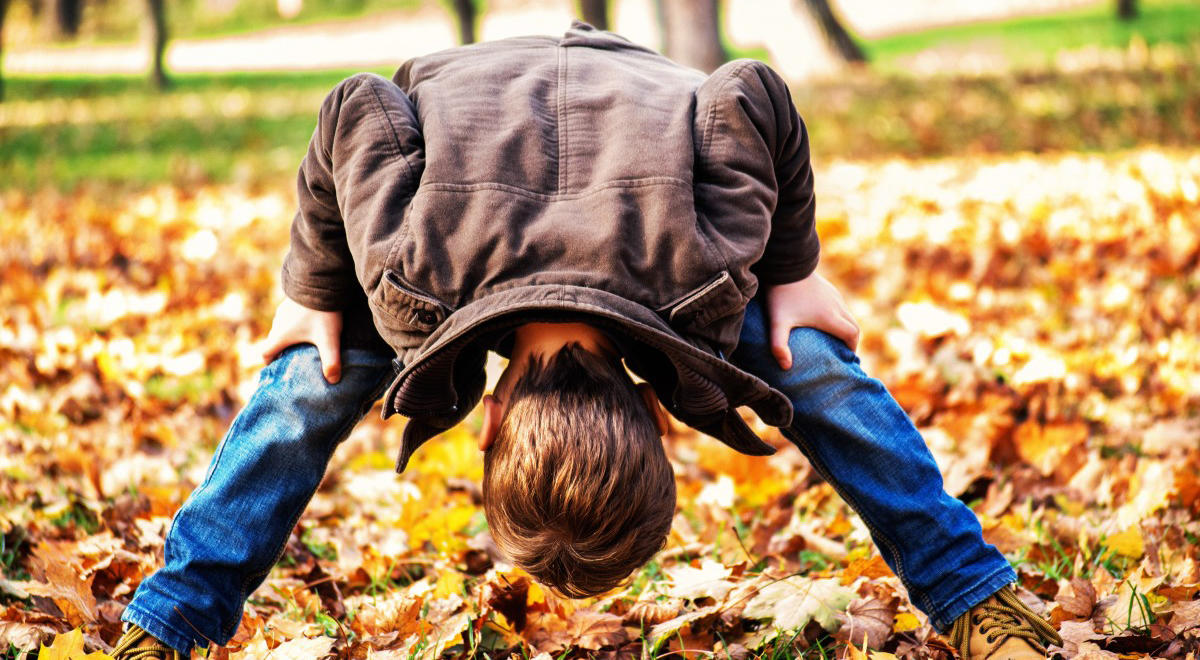 How do various trees prepare for winter? Deciduous trees take a rest from food-making and allow their leaves (“food factories”) to fall. Most conifers are evergreen and use special “tree antifreeze” in their needles or scales to stay green all winter. (An interesting exception is the larch tree – a coniferous deciduous tree)!

A variation on “Freeze Tag”, players run around until they are tagged by “it”, and then must freeze in their best version of a tree. Trees can become “unfrozen” when other players run under their “branches” (outstretched arms)

What kind of tree would players prefer to be?

Squirrels, along with other animals who remain active all winter long, need to find and store food in the fall as it becomes much harder to find in the winter. Of course, they still need to watch out for predators!

Most students are squirrels and have to collect as many cones (or pretend cones such as popsicle sticks or other small items) as they can from the playing area. At a certain point, the owls swoop in (2-3 students). If a squirrel is tagged, they must scatter all their cones and start again (or go ‘out’).

How easy or difficult was it to collect food while still being aware of predators?

This is another game to build empathy for animals and shows what it takes to survive; it’s also a fabulous way to practice being still and observing surroundings.

This is a great game for all seasons. The “it” can be a predator, such as a cougar, who is looking for prey. The other players are the deer, wanting to be still and silent in their hiding places, but to be able to keep an eye out for their predator.

Establish a playing area and boundaries. Have one person be “it” and remain in a specific location (near a tree, surrounded by pylons or backpacks). They may pivot on one foot in their specific area. The rest of the group hides in the game area, while the person who is “it” counts to 30 with their eyes closed. The object of the game is to remain hidden and not be seen, and to be hidden as close to “it” as possible. If “caught” (by being seen and pointed at or called out by the person who is “it”), the participants come and join the person who was “it”.

Variations: If no else can be seen, “it” tells the rest that are hiding to come a little closer for the count of 10 seconds. Those not caught come closer and hide again in a new location. One way for this to happen is that the teacher can call out “come in for food for 20 seconds” and those that are hiding, must run in and touch a predetermined tree or the hand of the teacher to represent finding food. They then must run back to hide again. The game ends when most of the students are found. “Winner” or next person to be “it” is the closest hider who was not seen.

Another variation is to “test” that the deer can actually see their predator. The person who is “it” says “I am holding up fingers” and holds up their hand with 1-5 fingers up. Hiders must peek out so they can see the number of fingers. Anyone still not caught during this comes out of hiding, to determine who was the closest.

How did it feel to be in your hiding spot? 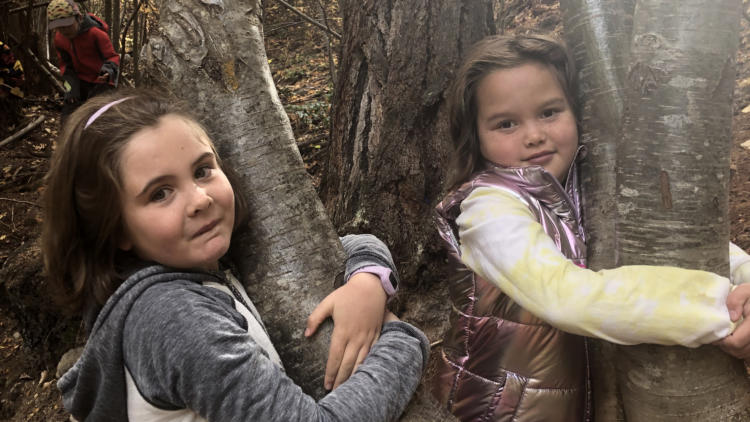 This game emphasizes the relationship between snowshoe hares and the trees that provide shelter and hiding spots. This is a version of ‘Hug Tag”