There are more than 10,000 species of birds in the world! Surely some would go hungry if they all tried to eat the same food? Different birds eat different things, including insects, grains, seeds, nectar, fruit, insects and fish. To figure out what a bird eats, look at its beak. Birds have adapted their beak shapes to match the food they prefer.

In this game, players act out different beaks to see which beaks are built for which foods.

The dizzying diversity of beak shapes is largely a reflection of the foods the birds eat. These are just a few representative examples from around the world. Photo from The Audubon Society, Illustration: Tyler Lang

K-3: Beak Tester
• Make a prediction about which tools will work best for which food. Write your answers on the next page.

• Put all food in a pile in the middle.

• Set out a cup or bowl for each beak type you will be using.

• Choose a beak type to test out. Try picking up different types of foods. Put all the items in the cup or bowl assigned to that beak.

• Try again and again until you have tested each beak type.

• Fill out the chart found on the next page. Which beaks pick up which foods best? Why do you think that is? Did your prediction come true? 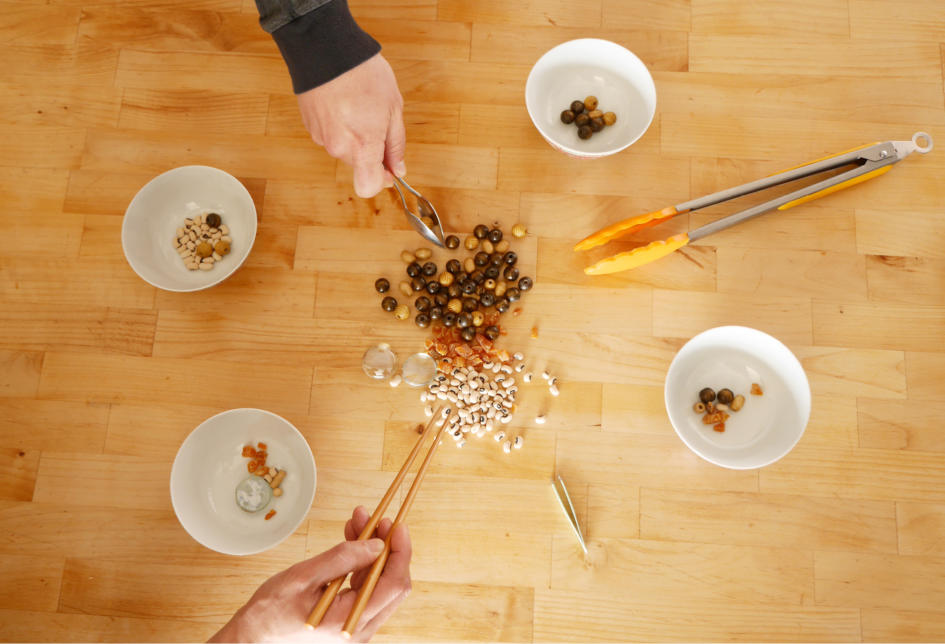 • Gather your family members to play against you.

• Make a prediction about which tools will work best for which food. Write your answers on the next page.

• Put all the food in a pile in the middle, and sit around it.

• Give each player a different beak type and a cup or bowl.

• Set your timer to one minute (optional).

• It’s a race! Race against the other players to get as much food as you can before the timer runs out.

• Fill out the observation chart, using the example below. Did everyone try for the same food? Was your prediction correct? Which foods are easiest to pick up with which beaks?