The first annual Kimberley Community Cleanup took place on the morning of Saturday, April 23rd. The community event, organized in partnership with Mountain Phoenix Community Culture and the City of Kimberley, saw approximately 65 locals come together in a joint effort to clean up our community.

The Kimberley Community Cleanup took place the day after Earth Day and on the coattails of Operation Clean Sweep, an Earth Week initiative organized by the City of Kimberley that provided school groups, businesses, and individuals with garbage bags for independent cleanups. Despite excellent participation throughout the week, there was still a significant amount to tidy come Saturday.

The sun was shining as enthusiastic volunteers gathered at the Civic Centre parking lot and garbage bags, gloves, and cleaning routes were distributed to teams of all ages. People canvassed designated areas in Kimberley and Marysville, some on foot and others on bikes, and collected an abundance of garbage—everything from cigarette butts, masks and single-use plastics to car tires, a bumper, the bottom half of a shopping cart, and a discarded mattress.

“Each group brought back probably the most that I’ve seen in the last few years of doing cleanups with different groups that I’ve participated in, I think this year was just phenomenal,” organizer Pamela Currie told the Kimberley Bulletin.

“It was such a great turnout and people were truly excited to be there, able to help,” adds Wildsight Kimberley Cranbrook Branch Manager Andrea Chapman. 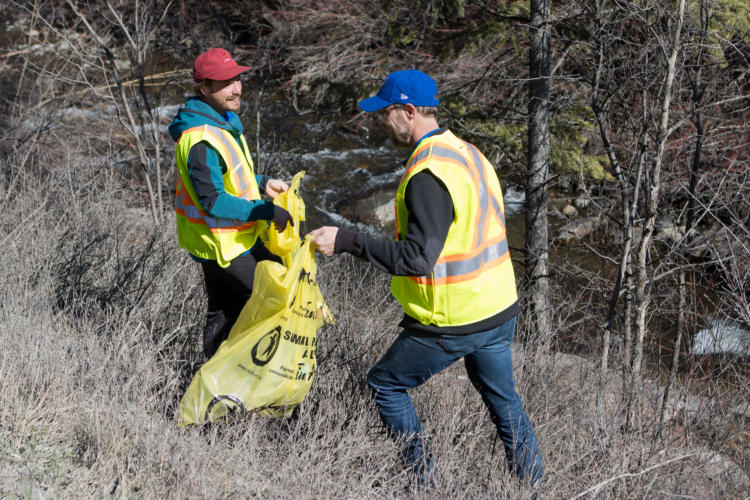 It truly was a joint labour of love with the City of Kimberley printing large maps of the cleaning routes, the Rotary Club of Kimberley providing gloves, D&B Flagging and Traffic Control loaning high-vis vests, PITCH-IN Canada providing bags, GFL providing a large trash bin to collect all of the garbage, and Ascend Coffee Co. fueling volunteers.

We also handed out a handful of prizes donated by Purcell Golf, Save On, and Wildsight for “most unique garbage”, “most visible/colourful team”, and “most garbage collected by a team”.

We would like to extend a heartfelt thank you to everyone who pitched in and hope that Saturday’s successful cleanup becomes the first of many; we plan to make the Kimberley Community Cleanup an annual event that grows each year. Until then, we encourage community members to carry the community spirit shown at the event forward and continue pitching in throughout the year so that the act of keeping our community clean is like “muscle memory”.

“Our community is small, and so we have some to clean up, but it’s not as big as it will be in ten years and in 20 years,” Currie said to the crowd at the start of the event.

“And we need to understand that as we build our culture and we’re teaching our children, we’re creating that muscle memory to continue to take care of it, so as it grows and as it gets bigger and as the need gets more warranted that it is just an ingrained piece of our culture that we take care of our home.” 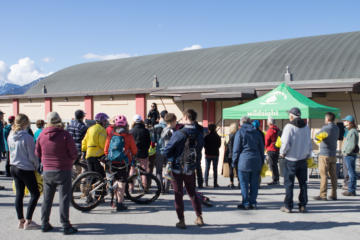 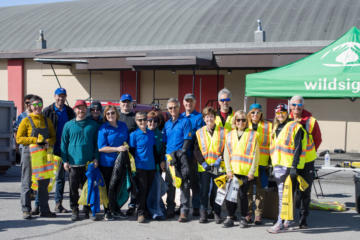 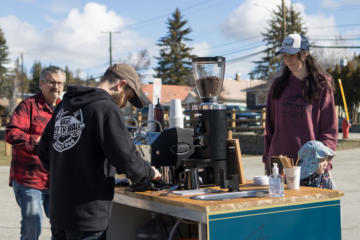 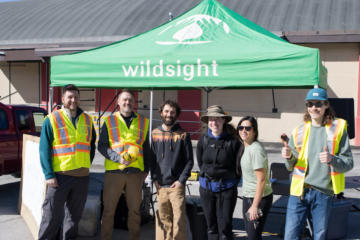 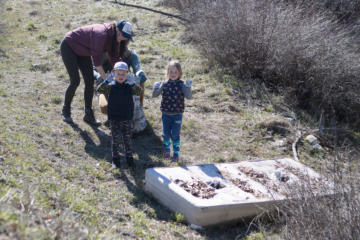 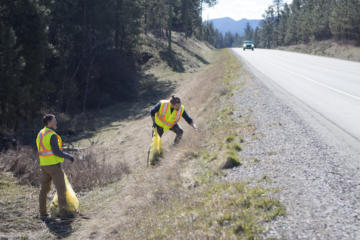 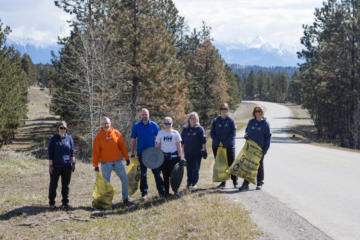 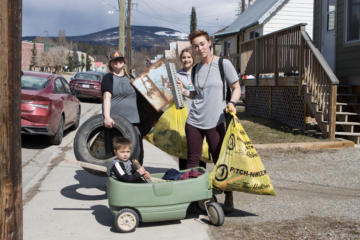 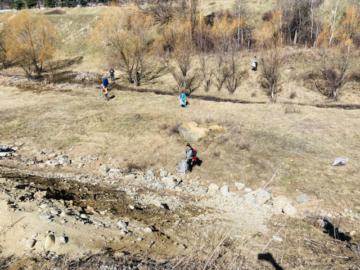 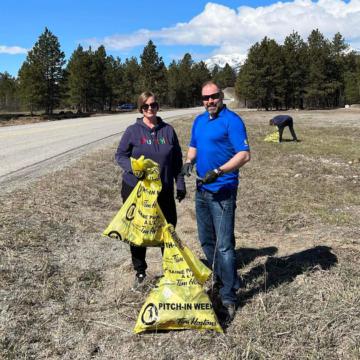 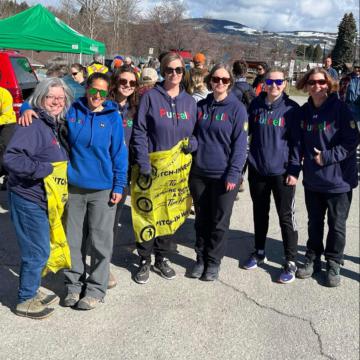 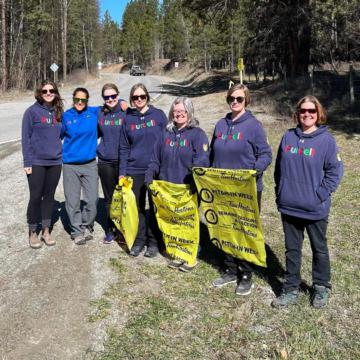 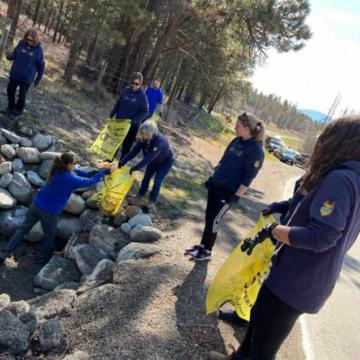 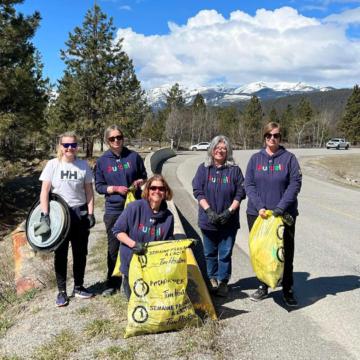 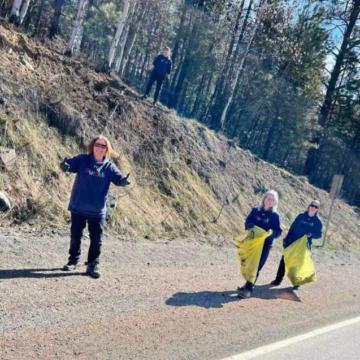 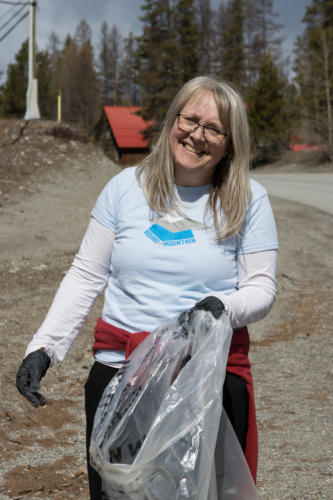 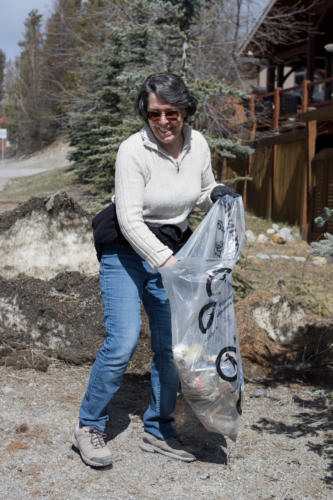 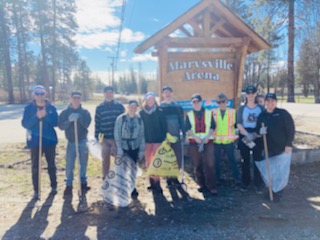