With its stunning mountains and glorious wetlands, Golden and its surrounding areas have long attracted people who are passionate about protecting  nature and wilderness. The earliest  environmental group called the Big Bend Resource Council  was formed in 1976, at a local United Nations “Habitat” conference at Edgewater.  Their work concentrated on encouraging  environmentally progressive management practices for the Big Bend region of the Columbia River and was active for about a decade.   In the 1980’s, East Kootenay Environmental Society, based out of Kimberley,  began encouraging  neighbouring communities to join forces to promote environmental conservation regionally. The Golden Branch of East Kootenay Environmental Society was incorporated in 1996. Eventually we changed our name to Wildsight; our local partnering organization is Wildsight Golden.

The accomplishments of our society are shared here in loose chronological order with our newest programs and progress at the top, tracking back through time to the beginning at the bottom of the page.

We will add to this page as our accomplishments increase, answering the common question of “What has Wildsight Golden done over the years?” 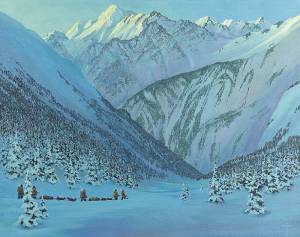 See the project page for more information on this 2020 Project of Wildsight Golden! 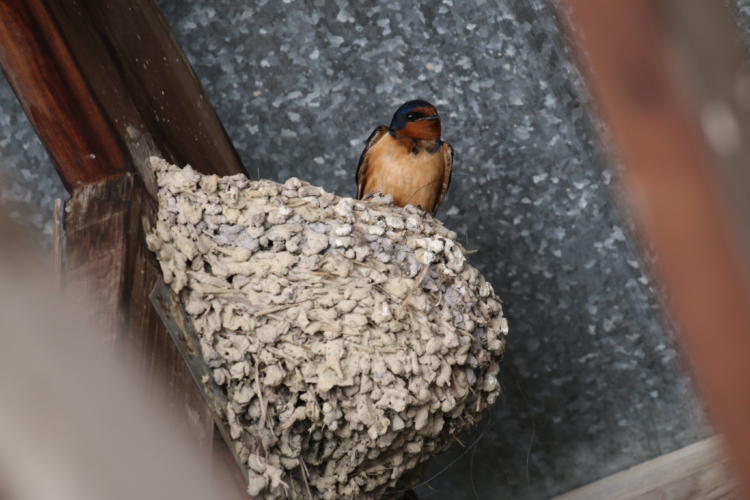 The five-year Columbia Wetlands Waterbird Survey (CWWS) project was completed at the end of 2019. Between 2015-2019, the CWWS engaged more than 230 volunteering citizens in documenting over 380,000 birds in the Columbia Wetlands. 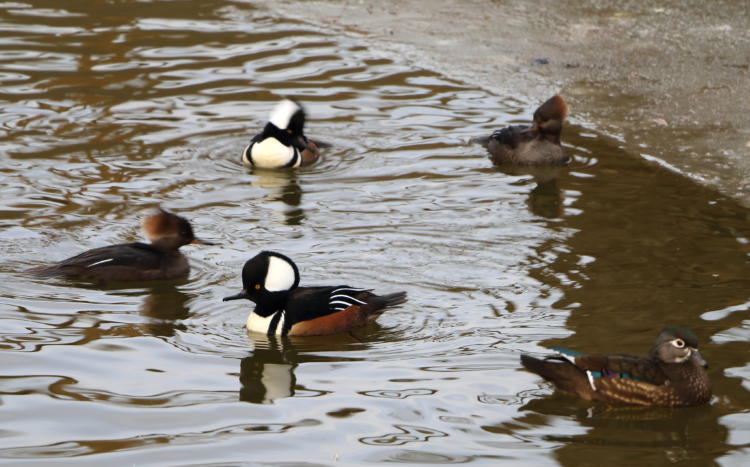 We are currently pursuing the ‘Important and Bird Biodiversity Area’ (IBA) designation for the Columbia Wetlands using data gathered through the CWWS.

Read more about this project here. 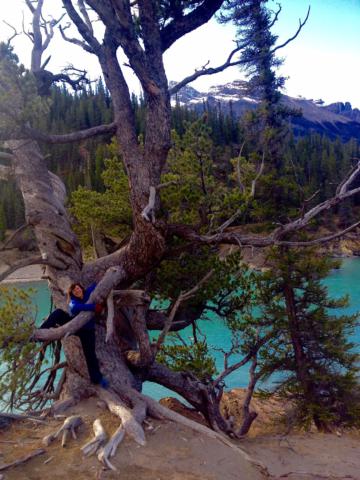 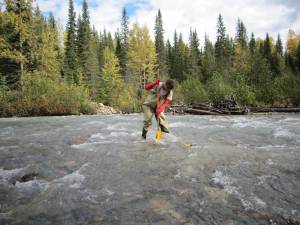 Wildsight Golden has been reviewing and commenting on recreational tenure applications and forest development plans for over two decades. We have participated in the Golden Backcountry Recreational Access Committee (since the early 2000s), the Golden and Area A Trails Strategy (in 2018), and the Golden and Area Trails Alliance (since 2019). 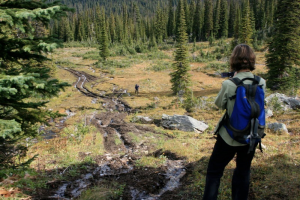 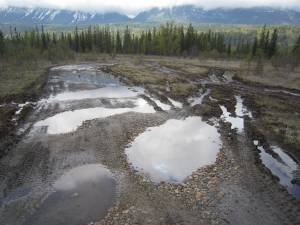 Wildsight Golden has been taking kids outside for nearly three decades, teaching them about wild critters like salmon and birds, as well as the wild ecosystems that these creatures call home. 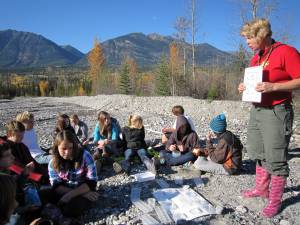 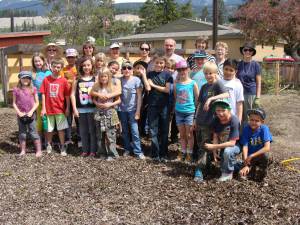 Wildsight Golden has hosted numerous educational presentations, films, nature walks and speakers in the community with topics such as orchids, wolverines, wild edible native plants, beavers and much more.  We also hosted our first Wild and Scenic Film Festival in 2018 and are planning a local film festival for February 2020. Each year we also participate in a community clean-up and potluck at Reflection Lake. 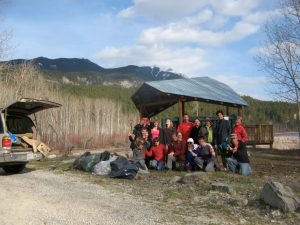 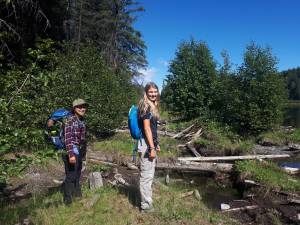 In 2018, Wildsight Golden’s summer staff did public outreach regarding “responsible cat ownership”. The goal was to bring more awareness to cat owners about how devastating roaming cats have proved to be to songbird populations. Here is our paper written by our summer student:   Responsible Cat Ownership Outreach 2018_Jaylene Harper (1)

Edible Garden tours were hosted for the summers of 2010 – 2017.  Wildsight Golden developed the “Golden Sprouts Garden Mentoring Project” that linked elementary school classes with expert gardeners. This project ran for four years . School  children worked with gardening mentors in several gardens around town. Jean Dakin and Caroline Heim were key in this programs success. WG also assisted in the formation of Local Food Matters, a food security organization in Golden. 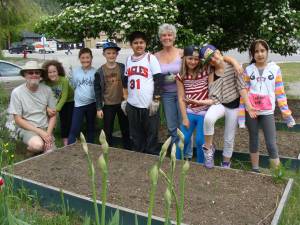 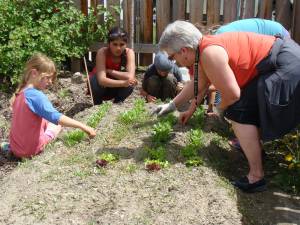 Wildsight was the primary driving force and applicant behind the successful establishment of boating regulations in the Columbia Wetlands. These regulations stipulate that no motors are to be used in the wetland or side channel areas (est. 2009), and that motors are limited to 20 hp on the main channel (est. 2016). 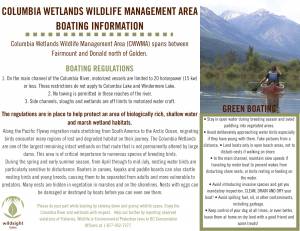 Wildsight Golden worked to educate the community on the health and environmental impacts of idling a vehicle.  We also worked with the Town of Golden to have anti-idling signs developed and installed at all the major areas where idling had been a problem. This was part of a climate change initiative where we also hosted home efficiency workshops.

Here is a copy of our Home Efficiency poster from that time: WS_Climate_HEW2012_Poster_11x17_GDN.ALT_PRESS (1)

From 2009-2011, Wildsight Golden worked diligently to successfully save a number of local creeks and rivers from being converted from wild waterways into independent power projects.  We also created and promoted a short film on the subject matter called “Wood River Wild”:

Wildsight Golden has been responsible for coordinating volunteers and restoring riparian areas at the Kicking Horse River and Columbia River Confluence area and also at Horse Creek during the years of 2008 to 2010. 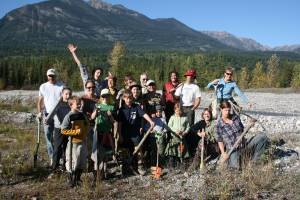 Wildsight Golden hosted two large ‘Healthy Lawn and Garden Fair’ events at the Civic Center, that aimed to help educate the community about the importance of having a pesticide free community and the health and ecological impacts associated with pesticide use.  The events also hosted workshops regarding local food security. We lobbied the local government for a number of years, with the eventual establishment of a Pesticide Bylaw established by the Town of Golden in 2009.

Wildsight was the applicant for RAMSAR status for the Columbia Valley Wetlands, granted in 2005. Click here for more on the RAMSAR designation: https://www.ramsar.org/about/the-ramsar-convention-and-its-mission.

Initiating Recycling in our community

One of our first projects was to start the first recycling program in Golden.  Will Wardwell was responsible for this initiative where we purchased a glass crusher and voluntarily collected and crushed glass for the community. We lobbied the CSRD for recycling and they took over this program and expanded it to what you see today.

Wildsight Golden (as EKES) developed the wildlife viewing area at Reflection Lake. This included building a gazebo with interpretive signs and a viewing platform, and arranging for a licence of occupation. Don Hunt volunteered his talents designing and building the gazebo. We also developed a bird watching kit consisting of thirty good quality binoculars, bird guides and activity guides for educators to use that have been in circulation for almost twenty years.

A small high-elevation portion of this valley was protected in 1995. However, a much larger, low-lying portion of the Cummins Valley was still slated to be logged at this time. This area included old-growth timber and rich valley bottom ecosystems. The trees were flagged and logging plans were put in place to remove the ancient cedar-hemlock rainforest. EKES diligently worked to achieve protection for this large area of the Cummins Valley. The issue was highly controversial, but in 1997 the entire 21,000 hector Cummins Valley was protected as a provincial park. 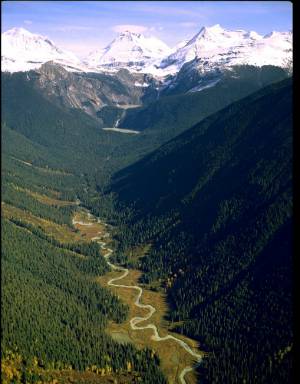 EKES worked with other stakeholders on the expansion of Hamber Provincial Provincial Park. 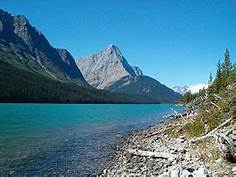 In 1998, EKES won the Minister’s Environmental Award in the non-profit organization category. At this time, it was noted that EKES had played a strong role in initiatives to maintain the long-term integrity and economic viability of local communities: http://www3.telus.net/public/a6a46571/bcerart/Vol9/ekeswins.htm

In 2006, our Ellen Zimmerman was the first Canadian to win the Yves Rocher Foundation Terre de Femmes Award (Woman of the Earth award).

EKES sat at the CORE table (the Commission on Resources and the Environment, multi year land-use planning) from 1993-1995.

EKES opposed a proposal to build a toxic waste incinerator near Golden in 1992. This campaign was won.

The Golden Branch of East Kootenay Environmental Society formed in 1989, joining other branches of EKES in Kimberley/Cranbrook, Fernie/Elk Valley, Invermere and Creston.

Our  first record of  organized environmental advocacy in the Golden area is found in a 1971 newsletter of the Columbia Valley Naturalist. Under the  leadership of Chris Schiesser, Leif Patterson and Grace Penno, among others, this group  aimed to “preserve and protect the great natural beauty of this area”. Besides leading nature field trips and camps, they were involved in land use planning, promoted waste reduction and organic gardening. 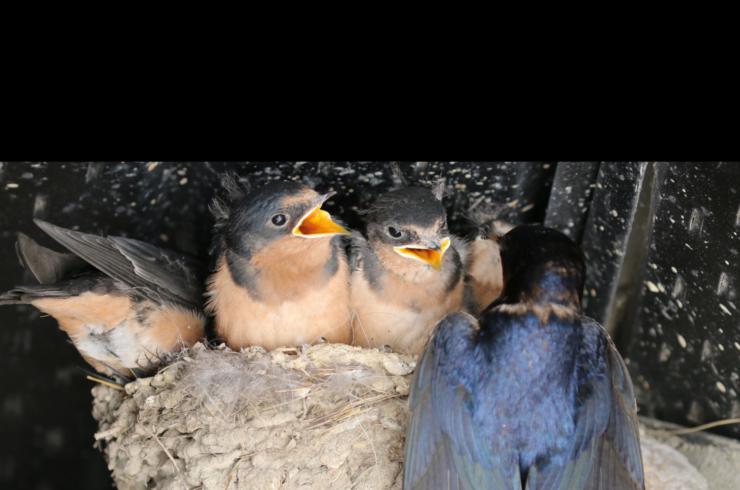 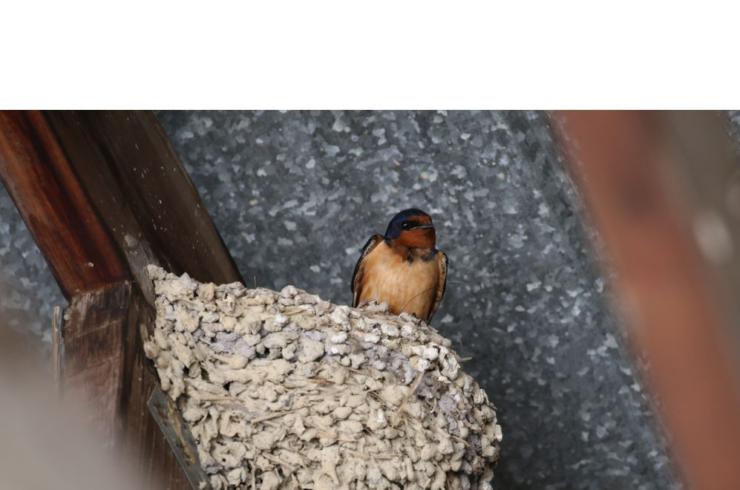 The barn swallow (Hirundo rustica) is one of the most widely distributed birds globally, but it is also a species at risk in Canada - its…Read More 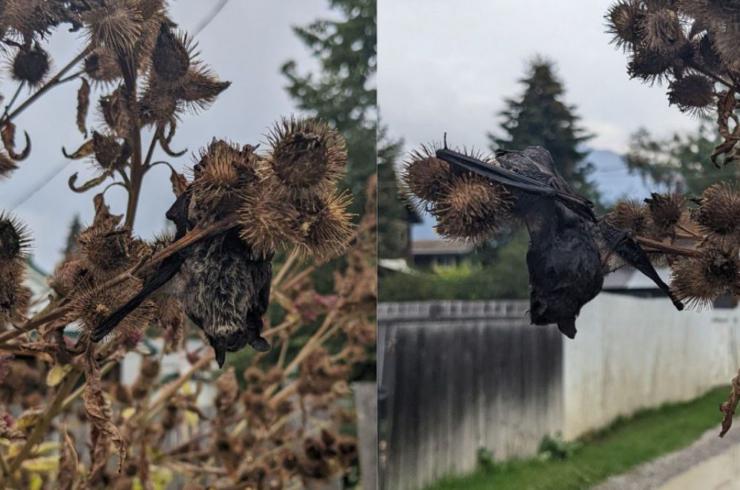 This is a good reminder to remove any Common Burdock burs you find on your property! On September 16th 2022, Wildsight Golden’s Community Invasive…Read More
Read More News

Join acclaimed author, naturalist and biologist Douglas Chadwick on a Kootenays book tour this February. In his latest…

Local Artist, Brandi Romano has donated a beautiful painting to Wildsight Golden to encourage you to become a…