Are you volunteering on the swallow project this year?  If so, you might be interested in attending one of our information and training sessions.  On May 30th (4 pm-5:30 pm) at Columbia Lake (near Fairmont), and on June 7th (12 pm-1:30 pm) near the Golden Municipal Campground.  Please email us if you would like to register at swallows@wildsight.ca.  We will provide you with further location details after you register.

Populations of birds that catch insects on the wing (avian aerial insectivores) have been declining for decades. Conservation actions must be put into place to help halt and reverse this trend!

Bank Swallows – a species with intrinsic value that provides immense mosquito control is facing the fastest population decline for a species in Canada with an estimated 98% population loss in Canada over a 40-year period. With only 2% of their population remaining in Canada, this species requires urgent conservation action.

Similarly, Barn Swallows (one individual eats up to 850 insects each day) have an overall population decline of 76% in Canada in a 40-year period.

The 2020 Columbia Valley Swallow Project (CVSP) engaged 69 volunteers and located 96 active Bank Swallow colonies (92 in the region between Canal Flats and Edgewater), indicating that this area provides critical breeding habitat for this species. Breeding habitat is a limiting factor for Bank Swallows because they require very specific breeding conditions such as low-elevation (<900m), large near-vertical banks, and with specific substrates that are easy to dig into but also maintain a hole/cavity. The 2020 CVSP also identified several Cliff Swallow colonies and small nesting sites for Barn Swallows including three large Barn Swallow colonies. Several of those nest sites are under threat due to nest removal and/or future decommissioning of buildings. Habitat conditions in the lower Columbia are important for the recovery of at-risk swallow species and need to be protected, restored in some cases, and enhanced in others – the UCSHEP aims to do this.

In 2021, the UCSHEP engaged with Indigenous groups and had a Shuswap Indian Band (SIB) member monitor Bank Swallow colonies on their land. The UCSHEP continues to engage meaningfully with the SIB and the Akisqnuk First Nation (Ktunaxa).  We have a verbal commitment from both the Ktunaxa and SIB, and we plan to have their Indigenous perspectives regarding swallows on interpretive signage in the Columbia Valley in 2022.

We helped identify the area between Canal Flats and Edgewater as proposed Critical Habitat for Bank Swallows; this Critical habitat that was drafted in the 2021 federal Recovery Strategy proposed for Bank Swallows. The Bank Swallow colony at Windermere Lake Provincial Park was observed to withstand negative impacts (e.g., sticks in borrows, enlarged entrances, unauthorised trail through the colony).  In 2021, we worked closely with BC Parks to restore this habitat located at that provincial park. We installed ropes around the colony (intended to help restore colony habitat), reshaped the habitat to make it more suitable for breeding Bank Swallows and installed interpretive signage about Bank Swallows at the park. We also worked with The Nature Trust of BC on enhancing habitat for Barn Swallows on their property in Edgewater.  We did extensive education and volunteer coordination to monitor a large number of both Bank and Barn Swallow nest sites and colonies; data management was also a large component. We also developed a training video for volunteers, a website, press releases, etc.

We enhanced some previously erected structures by installing 45 Barn Swallow nest cups on buildings (nest cups were provided by the Lake Windermere Rod and Gun Club) to make them more attractive to nesting Barn Swallows.  We built 2 large Barn Swallow Condo’s (in Donald and Invermere) and a third will soon be complete in the Town of Golden (building the structures is thanks to Don Stenner contracting).

We are now collaborating with Environment and Climate Change Canada’s Canadian Wildlife Service and we are planning on putting up Motus Wildlife Tracking Stations in the Columbia Valley in 2022.  We will tag ~100 bank swallows during 2022 and 2023. Motus will be used to identify the areas used during the breeding and post-breeding period (i.e., prior to fall migration) by Bank Swallows. This information is key for helping to protect Bank Swallows within the North Columbia/Upper Columbia (e.g. by learning what areas are important to conserve, enhance, or restore for Bank Swallows) and at other breeding locations across Canada. In addition, using Motus receiving stations located throughout the western hemisphere tagged individuals will be tracked during fall migration providing unprecedented information on migratory timing, routes, stopover locations, and winter areas. This information is key for forming international collaborations that will conserve and recover swallow habitats and populations throughout the year.  We have further plans for enhancement and restoration efforts in 2022 as well, including the restoration of Bank Swallow habitat and building more structures for Barn Swallows. 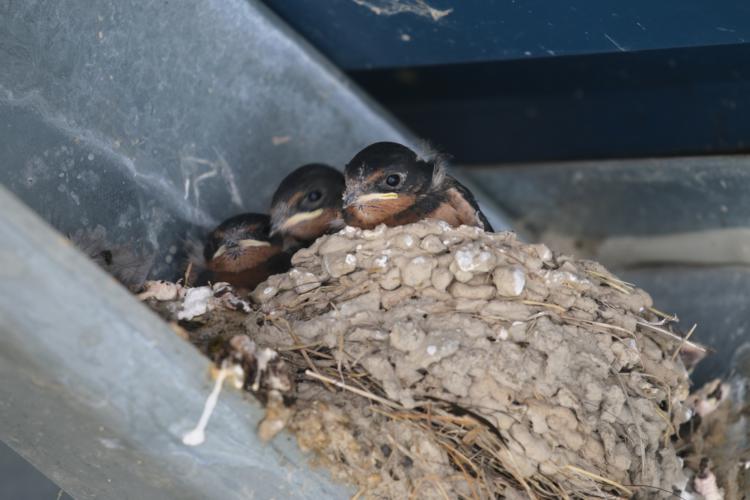 The Upper Columbia Swallow Habitat Enhancement Project is benefiting the Columbia Valley by:

a) offering and providing a citizen-science opportunity to monitor swallows,

b) erecting artificial nesting structures at places where current nests are being (or slated to be) removed,

This project is also beneficial in terms of providing information regarding the Migratory Birds Convention Act including obligations under this Act by educating private landowners regarding their duties to protect nests (the illegal removal of swallow nests on private lands is of great conservation concern). There is also a benefit and great conservation need to complete Bank Swallow inventory work in the Upper Columbia Valley and determine additional nesting locations, which will aid in critical habitat identification and Official Community Planning. Volunteers are gaining considerable appreciation and knowledge of birds through citizen-science and this project retains ecological experts, naturalists and volunteers that are dedicated to pursuing long-term conservation goals related to biodiversity values.

If you are interested in becoming involved with this swallow conservation project or you simply want to know more, please contact racheldarvill@gmail.com

To donate funds to this project, please click here. 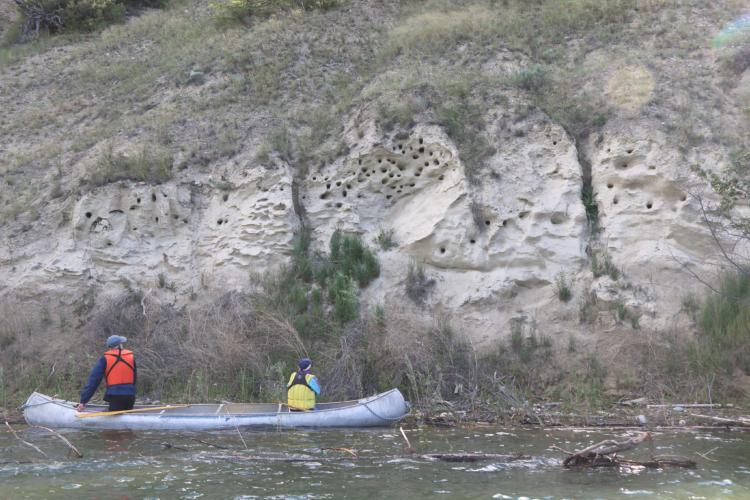 Thanks to EcoFriendly West for publishing this story regarding some of the conservation successes (thus far) on the Upper Columbia Swallow Habitat Enhancement Project!

Wildsight Golden’s UCSHEP would like to acknowledge financial and in-kind contributions from the following organizations:

All photos by Rachel Darvill 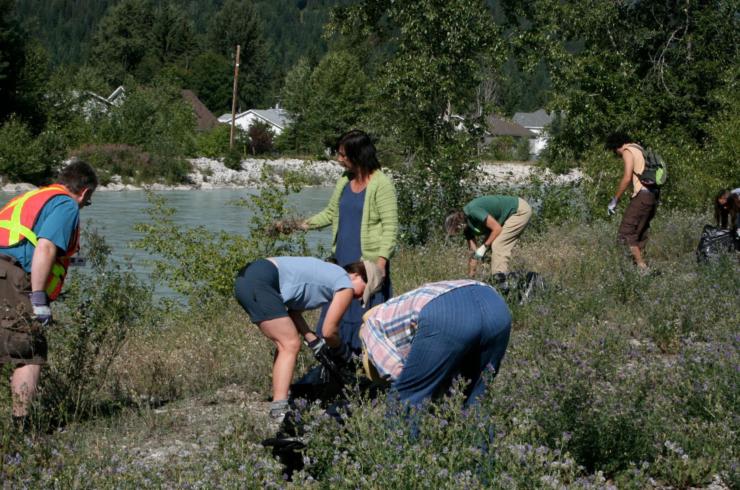 Invasive plants pose a significant threat to our community’s biodiversity. These weeds may seem innocuous, but they cause ecological and economic harm. You may…Read More 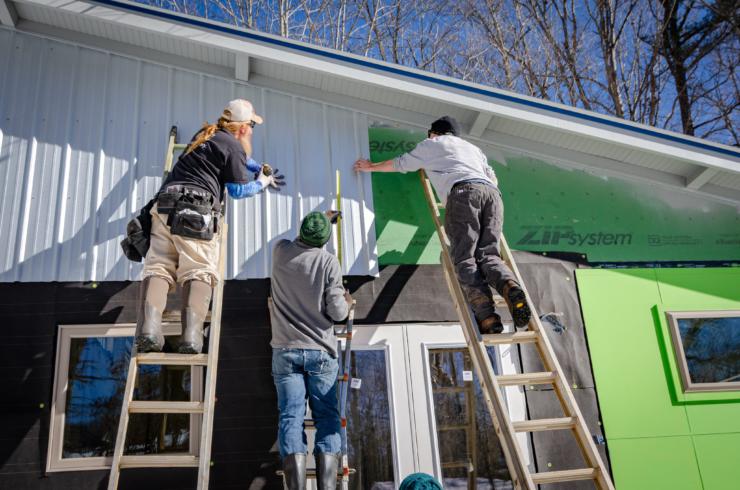 Thousands of dollars available in provincial and federal rebates to save you money while you reduce greenhouse gas emissions and save energy. The Better Homes…Read More 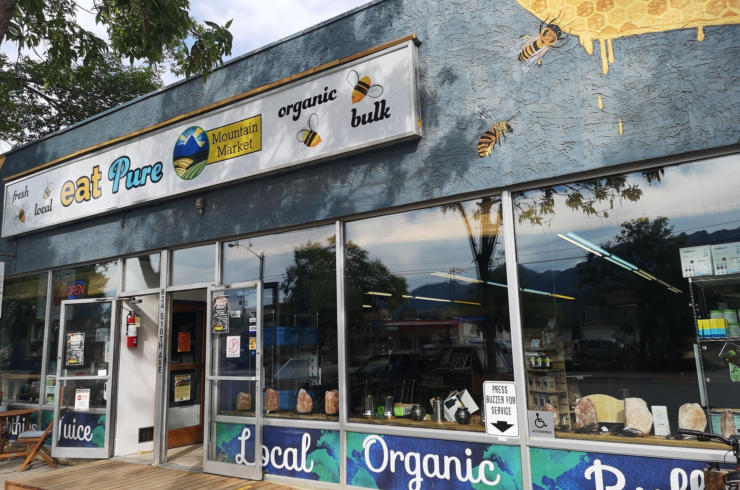