Most of the productive old growth in BC has been logged. These old growth stands are incredibly valuable for wildlife and biodiversity. They are the ancient low and mid elevation forests where trees tower over the landscape. And old growth forests aren’t just about old trees, they are about structure and diversity, where death and new life mix and interact with each other, where fallen down logs provide perfect growing sites for young trees, where gaps in the forest canopy provide enough light for a diversity of plants, where lichens and moss cling on to tree trunks and branches.

Across British Columbia, we are still logging these rare forests that exist nowhere else on Earth. Past provincial estimates have claimed that 23 percent of the province is old growth forest, but the province doesn’t differentiate between types of old growth forest. The provincial estimate includes all trees growing at high elevations, on steep slopes, subalpine or bog environments. Trees in these environments do not grow large nor provide the diversity of habitat that those growing on nutrient rich sites do. 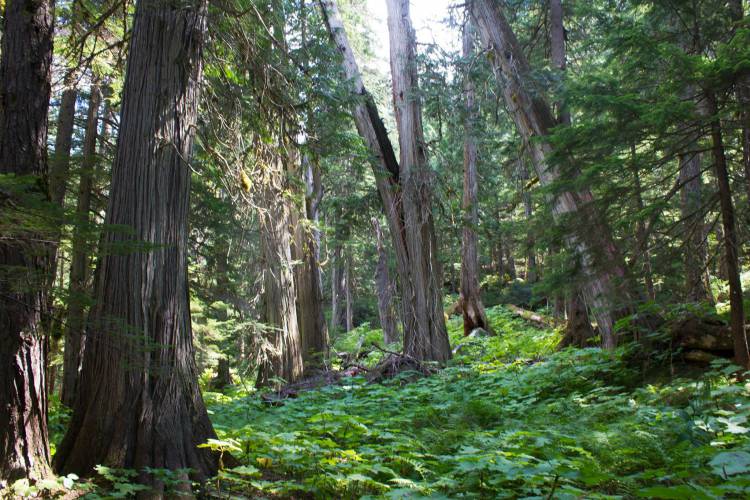 Old growth forests are important for both sequestering carbon and supporting biodiversity—they are resilient ecosystems that protect watersheds for people and nature. They are critical for so much of our wildlife. Old growth forests are also incredibly resilient. In the face of the current global climate and biodiversity crisis, that resiliency is far too precious to trade for short-term logging profits.

A Story From The Inland Temperate Rainforest

Recent research has shown that less than 5% of the moist cedar-hemlock forest in the Inland Temperate Rainforest is old growth, with trees older than 140 years. The remainder is 66% young and immature forest and 30% is clearcuts.1 It’s time to start valuing the preservation of what little old growth we have left in the ITR, instead of just letting it be cut for short term profits.

The Recovery Of Old Growth

The solution is not complicated. The province must issue a moratorium on old growth harvesting, the province must also permanently protect the highest risk productive ecosystems, and implement new rules for industry to maintain mature and old growth forests. 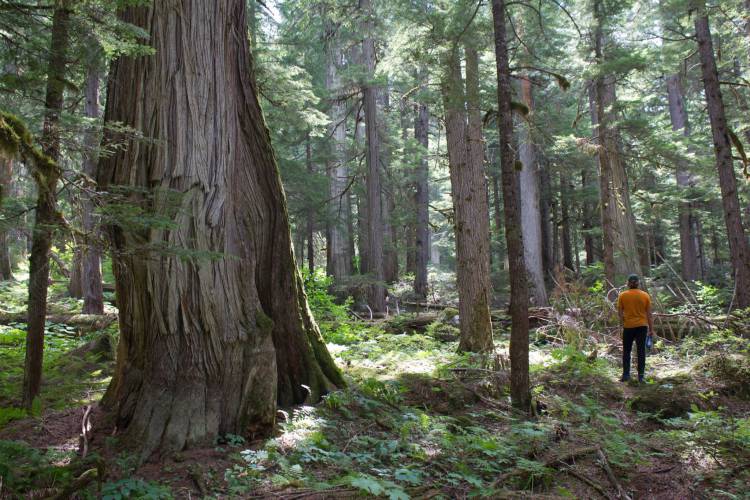