The toad angels of Revelstoke

They’re not as cuddly as a koala, as photogenic as a polar bear, or as charismatic as a caribou. But western toads are just as worth saving. These bumpy-skinned scramblers are described in terms like stout, stumpy, and stocky; not exactly the picture that would grace the cover of a Canadian Wildlife Federation calendar.

Luckily for the toads, there are those who see past their mottled appearance. Like all good-hearted people, toad angels look beyond the outward to see the value that western toads have within. 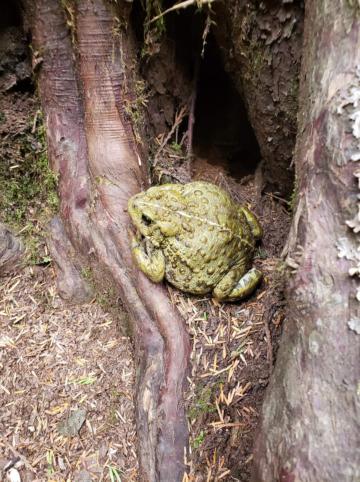 As with all animals in our interconnected world, toads play a critical role in maintaining a healthy ecosystem. For example, tadpoles help clean up stagnant detritus of decaying matter and vegetation in waterways.

“The ecosystem benefits from shoaling (grouped together) tadpoles,” says biologist Marcy Mahr, who has worked on toad research with Valhalla Wilderness Society in the West Kootenay now for more than seven years. “As the large group of tadpoles eat, they’re like little vacuum cleaners along the shores.”

When they reach land, toads eat insects and invertebrates. They’re “opportunistic predators,” describes Marcy, that can stop over-populations of various insects. Have slugs in your garden? Just invite a toad to dinner! On the flipside of the food web, toads are also essential food sources for birds, mammals, reptiles and even other amphibians.

Females lay an average of 12,000 eggs, set in long black pearl-like strings in shallow waters. Out of the thousands of eggs laid every season, only a handful even make it to adulthood. In fact, says Marcy, “most get gobbled up by predators before they even metamorphosize to baby toads, called toadlets.”

What toads lack in charisma, they more than make up for in loyalty. Similar to salmon returning to their natal breeding grounds to spawn and die, toads will make the journey back to their birthplace, but will do so several times in their lifetime.

“Their connection and dependence on a variety of habitats makes toads vulnerable to changes in habitat and a warming climate,” says Marcy. “Conserving and managing each type of habitat that toads need throughout their lifecycle and ensuring there are safe passages between them is key to helping western toads survive.”

Western toads crawl from wetland to forest and back again, season after season. As human populations increase, we build infrastructure to suit our own needs, often right through these migratory paths. And with growing populations comes more pressures on those roads, and therefore on the toads.

“All too often in our mountainous region, we have roads running right through key habitats that toads need to fulfill two primary life functions: they need dry land as hibernators, and they need water as breeders,” explains Marcy.

Adults come down from the forest to the water, mate, then return back to the forest. Six to eight weeks later, toadlets cross the road too. That’s a lot of opportunities to get squished. To make matters worse, toads have been known to just hunker down on roads as well, soaking in the heat captured in the asphalt or hanging out waiting for food to make an appearance.

In Revelstoke, Airport Way is ground zero for western toad troubles. The upslope side of the road is a beautiful interior cedar hemlock forest where toads hibernate in winter and live in cool shade under tree logs. Downslope, you’ll find the wetlands of the Columbia River, a drawdown zone for the Revelstoke Dam with artificial water level controls. This wetland is an amazing habitat for nesting birds, otters, amphibians and more, describes Jade Harvey-Berrill, Revelstoke physical geographer, educator, and Wildsight Revelstoke branch manager.

Traffic on Airport Way has increased with recreational opportunities, including skiing, biking and hiking nearby. There’s also residential traffic as well as active logging on the road; those factors add up to a serious toad roadblock. Western toads now face a death-defying march just to get from one side of Airport Way to another.

“These pressures on the road aren’t going to change,” says Jade. “But what we can do is look at how successful that habitat is, and what we can do to enhance the ecosystem and monitor the health of the habitat and the population.”

Last year, Jade transplanted Marcy’s toad research model and began studying toads locally. Through continued site visits to Airport Way, she and a small team narrowed down where the toads are crossing and began tracking crossing as well as mortality rates.

As Jade knows all too well, toads often become roadkill. She can tell you by the splatter shape if it was likely a male, or a female carrying eggs. These are not facts people should have to know.

The work continues this year with a more systematic study. Wildsight Revelstoke is recruiting volunteers to track and transport toads. These toad angels are helping to conduct the much-needed research, gathering Thursday evenings (when conditions are right for toads to be out and about) with high-vis vests and data collection clipboards in hand. Wildsight Revelstoke has also invested in several toad watch signs for drivers to be made aware of the toad interstate crossing Airport Way.

Looking to the future, Jade estimates this project will be a success if they can help to maintain toad population numbers in Revelstoke in spite of increasing pressures on their environment. Wildsight Revelstoke also hopes to educate and engage the public to become toad angels, protecting this SARA-listed species from further decimation.

“We have so many passionate people in Revelstoke who dedicate the time to care about their natural spaces,” says Jade. “We want to make sure we keep Revelstoke wild, whilst also utilizing it. The more we bring awareness, the more people will be environmental stewards in their own area.” 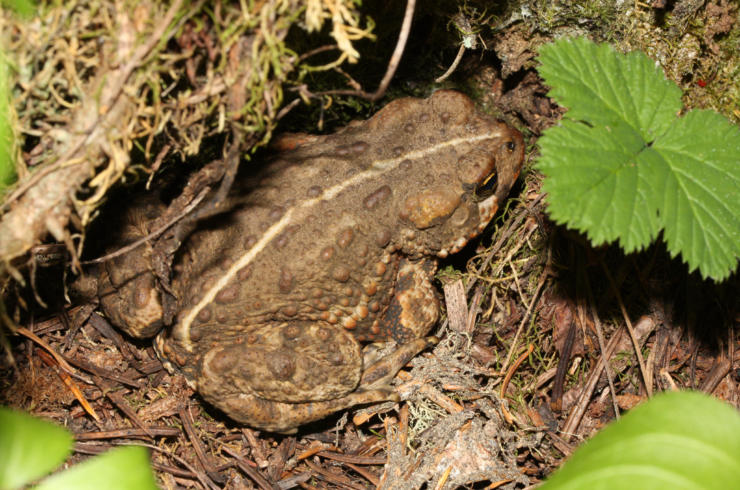 Senior Biologist and conservation guru Marcy Mahr shared with us the extent of the Western Toads awesomeness!Tune in to see why these creatures are…Hear from Marcy Mahr 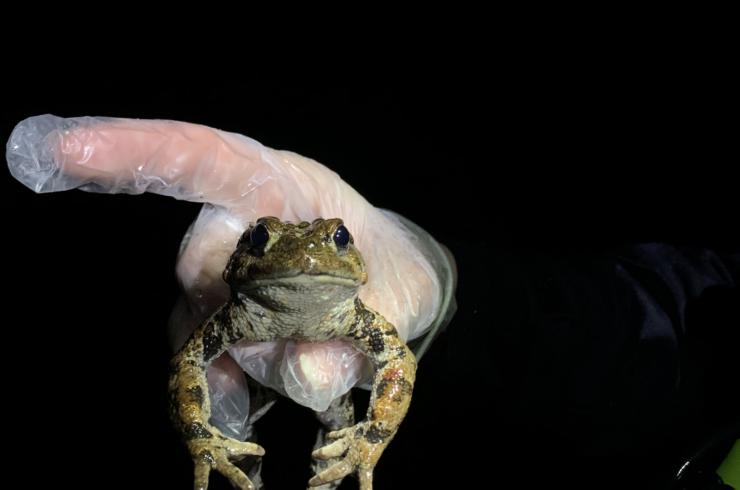