These sobering statistics led Golden biologist Rachel Darvill to launch an investigative study of swallows in the Columbia Valley. She embarked on a one-year research project in 2020 to locate nest sites. Through the use of citizen-scientists, the Columbia Valley Swallow Project identified breeding locations and nest monitoring information and assisted landowners with education on nesting sites on their property. They located 135 swallow colony sites in silty-clay banks, 96 confirmed as active bank swallow colonies. Most bank swallow colonies were discovered in the region between Canal Flats and Edgewater, indicating that this area provides critical breeding habitat for this species. An additional 13 nest sites were located for Cliff Swallows and 22 nest sites for barn swallow.

Now, thanks to a generous grant from Columbia Basin Trust, alongside other partners, Darvill is undertaking an intensive five-year project to research and assist barn and bank swallow populations in the Columbia Valley from Canal Flats to the Kinbasket Reservoir, with a focus on the Upper Columbia (Parson to Kinbasket).

This project for Wildsight Golden will focus on restoring and enhancing breeding habitat for bank and barn swallows.

“There is no ‘silver bullet approach’ for the design of artificial nesting structures for barn swallows, so we will test different designs based on a structure that has been working in Creston,” says Darvill. “This project is timely as agencies and groups around the world will be able to learn from the work that we do here.”

Bank swallows, as their name suggests, like to nest in steep, sandy banks alongside the wetlands. As confirmed in the 2020 study, there is significant suitable habitat for this species between Canal Flats and Edgewater. However, some of these identified breeding sites are under threat from development and recreation. From Brisco to the Kinbasket Reservoir, there is a lack of suitable breeding habitat for bank swallows, explains Darvill.

“Larger and more contiguous breeding habitat patches for bank swallows would help facilitate connectivity networks for this at-risk species with limited habitat in the Upper Columbia, and would not restrict their prime breeding habitats to the southern end of the valley,” says Darvill. “With only 2% of the bank swallow population remaining in Canada, and with significant breeding colonies in this region, we have a duty to protect current habitat and enhance, restore and create habitat in areas that are currently less suitable.”

Starting in 2022, Darvill will also track bank swallows (using Motus wildlife tracking technology) in order to find out where they stop on their way south and where they migrate in the winter. This research could lead to identifying areas in need of conservation to help protect the few bank swallows left in North America.

“Locally we will try to identify things like how far bank swallows are foraging around their colonies to collect food: are they spending more time in grasslands or the lakes or the wetland,” says Darvill. “And, if so, how can we protect those particular lands, so those foraging grounds stay intact?”

We gratefully acknowledge the generous support from Columbia Basin Trust for this project, as as well as financial assistance from BC Parks, Environment and Climate Change Canada, the government of British Columbia, Fish & Wildlife Compensation Program, Regional District of East Kootenay, and individual donors who make our work possible. 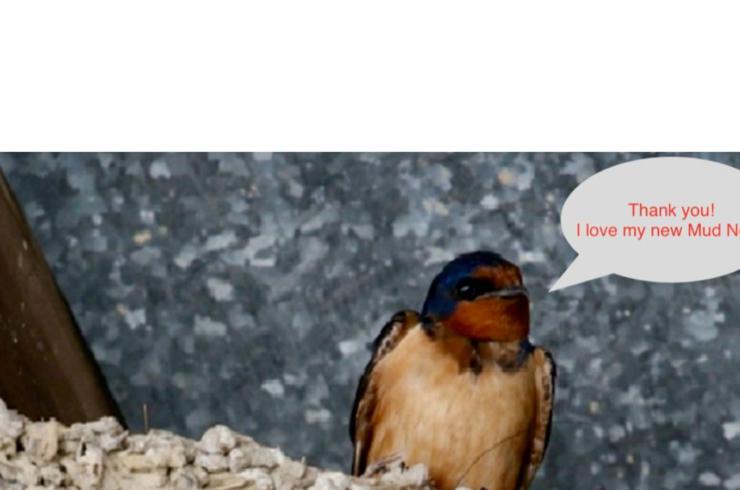