Wildsight and Yellowstone to Yukon Conservation Initiative (Y2Y) are touring the Kootenays with the film Chasing a Trace. The film will be followed by a presentation and discussion highlighting wolverine research happening in the region directly from biologists involved in Wolverine Watch—a collaborative venture that also collects community science to better understand the needs of this strong, solitary and wild animal.

Chasing a Trace follows biologist Mirjam Barrueto into the alpine of the Columbia Mountains as she searches for signs of the wily wolverine. A tenacious scientist and an endurance athlete, Barrueto is the perfect person to track the wide-ranging mammals. Throughout the months of November and December 2019, screenings will take place in Rossland, Castlegar, Nakusp, Silverton, Invermere, Golden, Creston, Kaslo, Fernie, Nelson, Cranbrook, Kimberley and Revelstoke. For more information, see here. For tickets, here.

Wildsight’s Eddie Petryshen spoke with Mirjam to learn more about her work with the wolverine. Read on!

Wildsight (WS): What inspired you to study wolverines?

Mirjam Barrueto (MB): Initially I was hired for a job to look at wildlife crossing structures as a research assistant. The job included a research project on wolverines. I had no idea how big the study was, and I didn’t know a lot about wolverines, but I had a strong skillset to do the fieldwork as a backcountry skier, climber and biologist. Through this project, I was able to learn about wolverines—everything you hear about their endurance and tenacity is true. As a biologist you study them and realize they do even crazier things. You come across the tracks in the wildest places and it’s so incredible that a species can make a living in these harsh mountain ecosystems.

WS: What in particular about these critters inspires you?

MB: Wolverines do a lot of things that I love doing—they run long distances, and they spend their lives in these wild places. They have such vast home ranges, so as a biologist studying them you get to cover a lot of ground.

I relate to that because I’m one of those people who want to see the next ridge. Wolverines embody that, these critters have such large home ranges and they don’t see the barriers that other animals have. I’ve spent time with wolverines in the tundra in Alaska as well, but the wolverines here in southern BC don’t seem to realize that they are in the mountains, they aren’t daunted by topography. They will go straight up a mountain and down. Other animals will use passes and take the easiest route.

As humans when we are hiking or skiing or biking we do zig-zags, our trails have switchbacks. We take the passes. But wolverines just take the shortest route—whether it involves climbing up a 50 degree ice pitch or not. I have a big heart for them. They’re an incredible species that deserves a chance to stick around.

WS: Have you ever had an experience where you felt particularly connected to a wolverine in your fieldwork?

MB: A good friend of mine is a biologist who breeds wolverines in the US—he was one of the first people to breed wolverines in captivity. I’ve had the opportunity to hang out with him and his wolverines in this enclosure that he has. Some of the wolverines were orphaned, some born into captivity, some live-trapped and sold. Spending time in the enclosure you realize how curious and cautious they are. They playfully nibble you. They are really polite which is really strange—you’d expect this vicious carnivore but they were really polite.

It’s quite unique because in my work I try to avoid the wild animals. When we catch glimpses of them from the helicopter we leave immediately because we don’t want to disturb them. The methods we use for the research do not involve collaring or trapping them. But seeing them in that enclosure provides a unique opportunity to observe them, bring them food, and really learn about their behaviour. As a biologist, it’s so hard to get an opportunity to learn from these animals as they are so elusive. Captive wolverines give you a glimpse at their personalities.

One moment they are being super friendly to each other and then they will let a screech and will fight over an egg. One day, we were building a sampling site where we collect hair and get images of wolverines. Then all of a sudden we looked back and there is this female wolverine. She respectfully came and sat down on her back hanches and watched us for two minutes. It’s just amazing getting a tiny glimpse of who they are.

WS: You will be joining us for the film showings in Revelstoke, Invermere, Golden, Fernie, Cranbrook and Kimberley. Can you tell us a little more about your research and what you will be speaking about during the east kootenay tour?

MB: After the film, I will talk both to what we know about wolverines and the on-going research that is happening in the Columbia Basin region. First we’ll take a look at what is happening with wolverines in the National Parks, where females are reluctant to cross Highway 1. One thing that is consistent in all of these studies is where there’s lots of roads, there’s not a lot of wolverines. The more roads, the fewer females is the trend we are seeing.

In the Southern Rockies, and the Crown of the Continent ecosystem, wolverines are heavily associated with areas of low human usage. In the Southern Columbia, there are lower numbers and we are not sure how much reproduction is going on in that population. It’s really important as just because there are wolverines on the landscape, it doesn’t mean that breeding is occurring.

WS: What are a few of the key steps we can do to ensure that we have healthy wolverine populations here in Southern BC in the face of a rapidly changing climate?

MB: Having a provincial management plan would be a big step for wolverines. It would be a really good first step. The main things from everything we know suggest that wolverines generally do best in places where there are not a lot of human impacts. So there be may activities that are compatible, but we still have to figure out was is causing wolverines—and particularly females—to abandon habitat. We want to figure out what activities effect populations, and what the steps are that we can take to mitigate impacts. We want to assess whether highway mitigation is going to help, are crossing structures going to help, and to dedicate funding to be able to monitor them. We would like to be able to see if they do come back into areas like the Southern Rockies and South Purcells.

WS: What’s the worst and best parts about being a wolverine biologist?

MB: The best part is that I get to see a lot of terrain from the air and on the ground. I also have tens of thousands of wolverines photos which makes me very happy. I also get to meet a ton of people that are in the mountains and love them for different reasons.

The worst part is that you put your life on hold. This is a massive project in a huge area and it’s really cool work but it’s a 24/7 job. It’s not a job that stops at 5pm on Friday. It can be very overwhelming but I’m lucky because we have a great team!

WS: Thanks so much Mirjam!

Get your tickets to Chasing a Trace to learn more about Mirjam’s research and the wily wolverine.
If you can’t make it to a screening, where you’ll have a chance to send a postcard to Forests Minister Doug Donaldson to help protect wolverines, you can send a message online today. 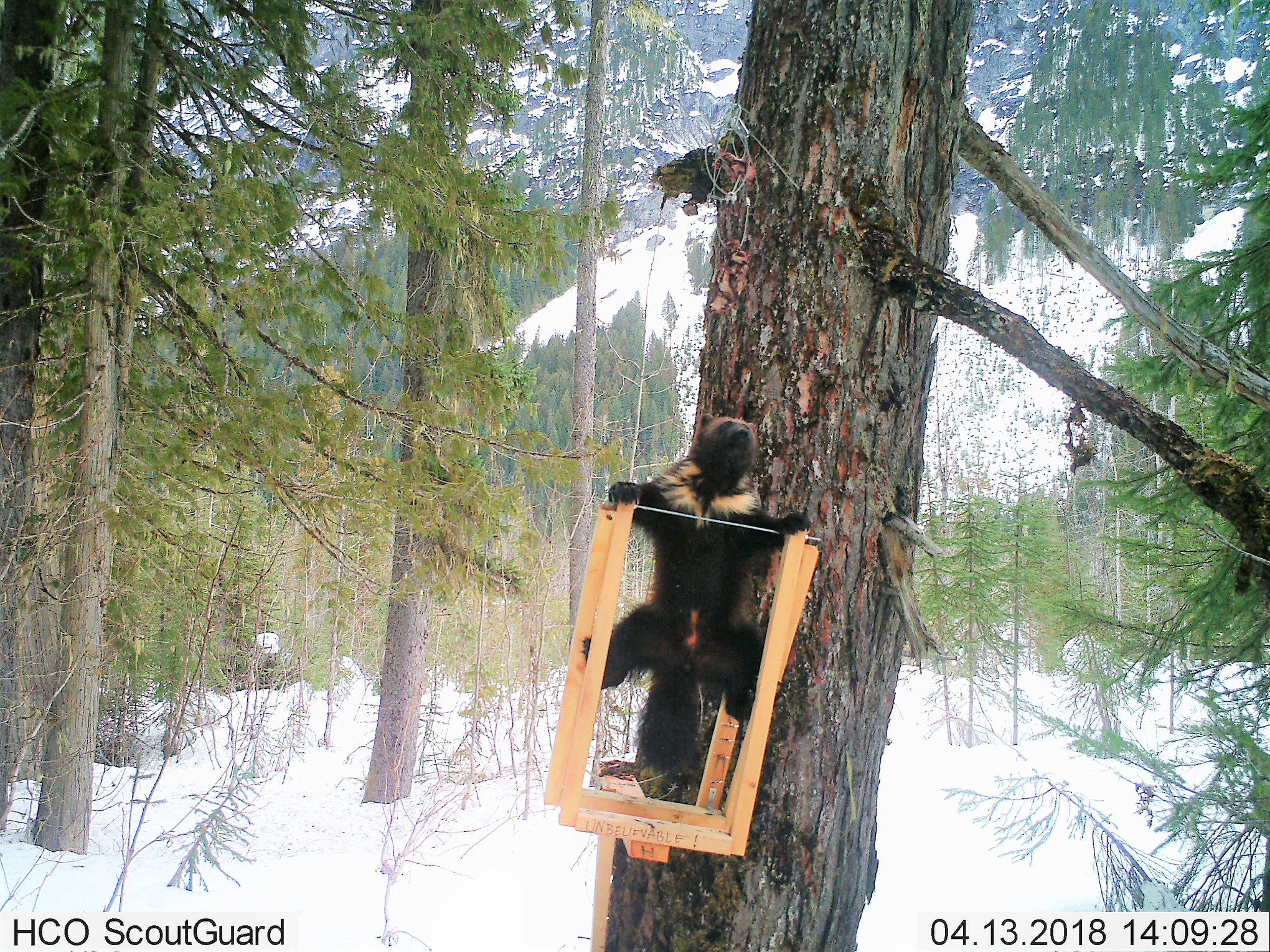