The Elk Valley, British Columbia, is in the heart of the Rocky Mountains. It hosts stunning views of rugged mountains and scenic rivers. It is also home to 80 percent of Canada’s annual metallurgical coal exports, extracted from Teck Resources Limited’s four-open pit metallurgical coal mines. Metallurgical coal is used to make steel.

These mines use a technique almost indistinguishable from Appalachian mountain-top removal. The mining process involves blasting away mountain peaks to reach the coal and dumping the waste rock into large piles. Blasting devastates the surrounding landscape, while the resulting waste rock releases contaminants like selenium into downstream rivers. High concentrations of selenium in water can impair reproduction and cause deformities in fish, threatening fish stocks and the people who rely on them.

It is not just local waterways that are affected. Streams and rivers carry selenium into Lake Koocanusa, crossing the U.S. border and flowing through Montana and Idaho, before re-entering Canada at the town of Creston.

A dispute is looming between Canada and the US based on Canada’s apprehension to form a joint agreement to deal with the problem under the International Joint Commission (IJC) whose purpose is to impartially find solutions to transboundary pollution issues. Calls for an IJC reference have been made by the Transboundary Ktunaxa Nation for over a decade.

IJC Commissioners wrote to Prime Minister Justin Trudeau and U.S. President Joe Biden in May, warning that pollution was getting worse with no “significant binational cooperation.” The Ktunaxa Nation Council issued a statement condemning Canada’s failure to agree to a referral as flying in the face of the government’s commitment to meaningfully engage with Indigenous Peoples.

Now the Whitehouse has weighed in. A June 7 announcement by the Department of State extends its full support for an IJC reference. The cross-border flow of selenium-contaminated water appears to violate the Boundary Waters Treaty, signed by Canada and the U.S., to ensure polluted waters do not cross the border.

While the Canadian government has been drafting the proposed Coal Mining Effluent Regulations (CMER) since 2017, the proposed regulations fall well short of protecting the environment in the Elk Valley. The levels proposed are higher than currently allowed under the Fisheries Act and B.C.’s guidelines for drinking water sources.

The federal government needs to act now to address this issue. It must strengthen the CMER regulations, and it must refer the matter to the IJC. Doing so would not only demonstrate Canada’s commitment to solving the transboundary water pollution crisis but also highlight the government’s willingness to meaningfully implement the United Nations Declaration on the Rights of Indigenous Peoples.

This is a condensed version of an op-ed that ran in the Hill Times June 23. 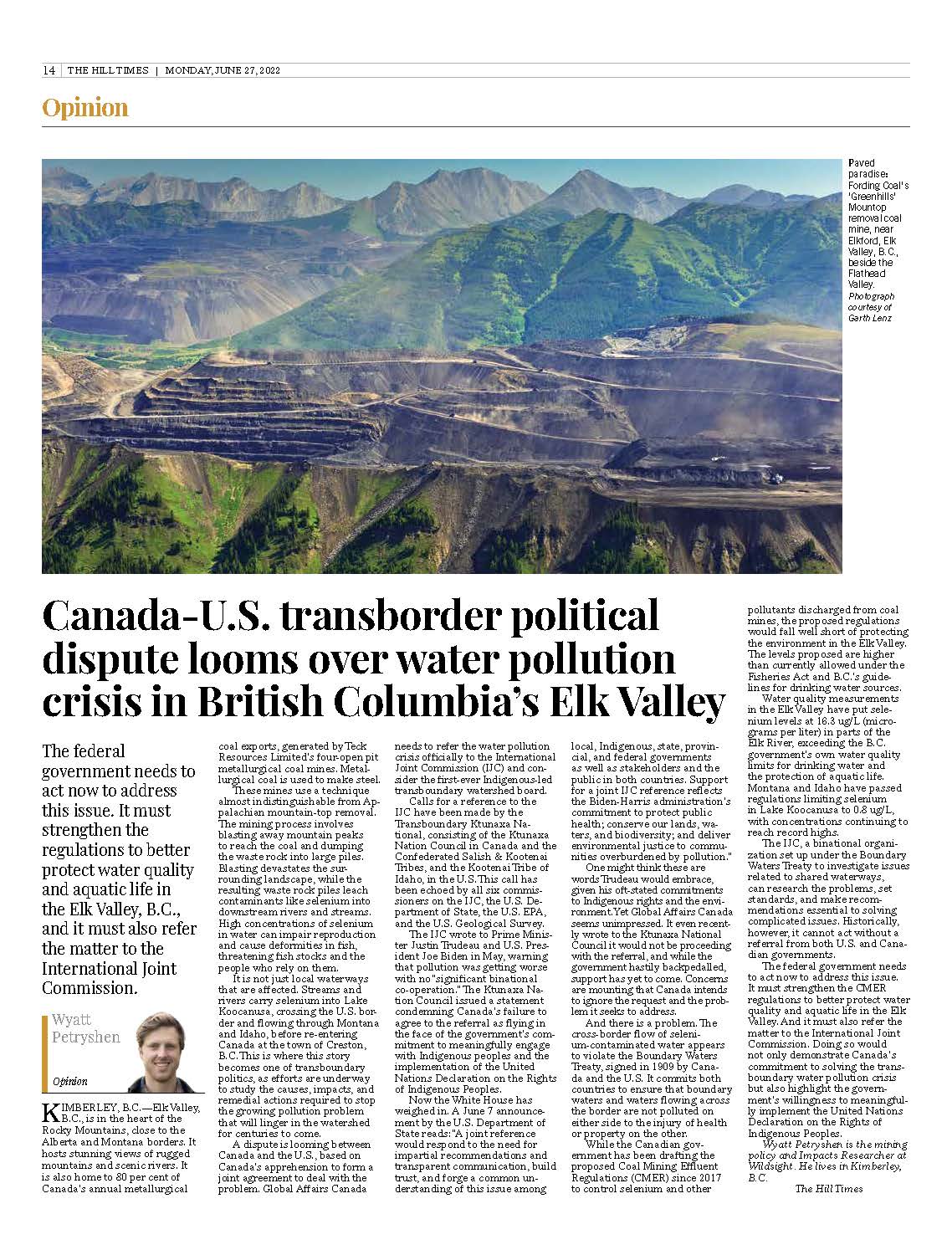 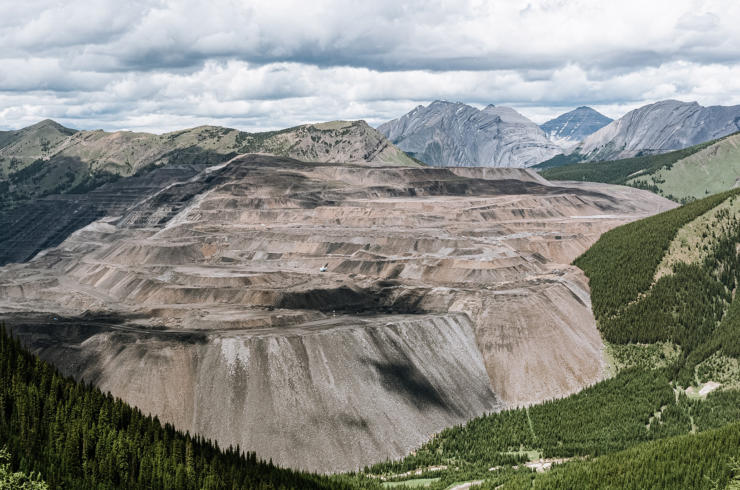 The true cost of coal

The true cost of coal is a series of stories focused on the hidden impacts of coal mining in the Elk Valley. Despite the economic benefits coal mining has brought to these communities and the province, the hidden cost to the environment, to human health, and the climate cannot be ignored.Learn more 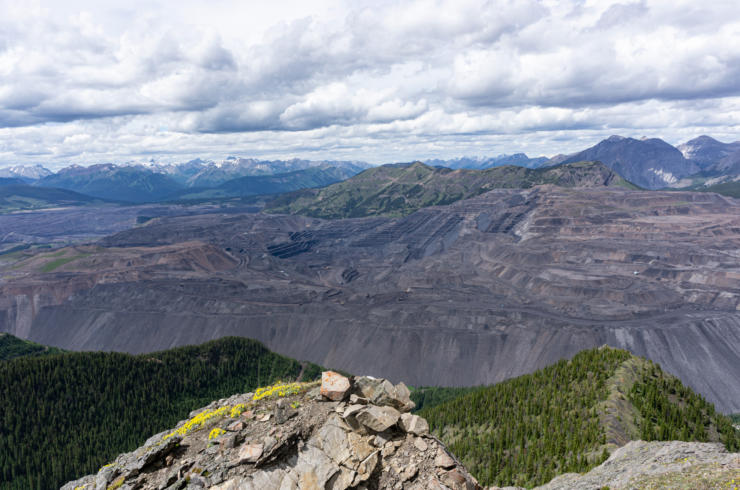 Read about the issue

From the Elk Valley to Tumbler Ridge, the economic boom of coal has brought money and jobs into rural communities across the province for over…Read about the issue