On the 12th of June, 2017, Wildsight officially celebrates 30 years of working to protect wildlife, clean water and wild places. And it’s been quite the journey.

If you ask John Bergenske, our Conservation Director and one of the original wild faces, this 30th anniversary is less of a milestone marker and more a continuum of the important environmental battles that have been fought by passionate Kootenay folk since before Wildsight was Wildsight. “Our work, and the work of organizations like us, is an ongoing process—like a wheel that keeps spinning around and around, continually moving forward,” John remarked in a Q&A we’ll be sharing on our blog later this month. “We just happen to be on our 30th rotation this year.”

Rotation. Celebration. Whatever you want to call this 30th year, we’re going to be using it as a vantage point to look back and share some of the many special moments from Wildsight’s past. Because there has been a lot of special moments. And if you’ve spent any time around these parts—from a Southern Rockies peak to a valley deep in the heart of the Purcells, from the banks of the Kootenay River to the shores of Kootenay Lake—the odds are good that you’ve crossed paths with a part of the Wildsight story somewhere along the way. Let’s start at the beginning.

The late 60s and 70s were an intense time for activism and environmentalism. Rachel Carson’s Silent Spring was changing our understanding of the dangers of pesticides. The Vietnam War was not only inspiring massive protests south of the border, but it was also driving thousands of Americans into Canada to escape the draft. The threat of nuclear war or a nuclear accident felt like an ever-present possibility. As is often the case during these times in history, pockets of like-minded individuals often get pulled to the same geographical location, escaping from and searching for the same things. The Kootenays was one of these places.

It was at this confluence of connected passions, shared values and a love for the wild that the seeds of Wildsight were first planted. And in a grassroots call to action to stand up to the out of control logging taking place in the Purcells, those seeds began to grow. By 1973, St. Mary’s Alpine Provincial Park was established, and the Purcell Wilderness Conservancy followed shortly after in 1974. These giant conservation victories were not just significant for the nature they protected. They also provided a vital benchmark for what was possible to achieve when a common bond to the natural world runs through the veins of an entire region.

In 1987, Wildsight took the first step to becoming what it is today when the East Kootenay Environmental Society was established. Although things first began to sprout in the Kimberley/Cranbrook area, where the Regional office and a community branch still exist, over the next few years EKES outposts began setting roots in communities throughout the Kootenays: Golden, the Elk Valley, Invermere and the Creston Valley. Thirty years later, and after a 2004 name change, Wildsight still consists of 5 community branches and 1 regional office, its diverse group of people connected through a range of projects, issues and common goals.

In the early years of the late 80s, when the concept of recycling was still new in these parts, Wildsight established three recycling depots in Invermere, Fernie and later, Golden. It was also in the late 80s that Wildsight helped force the cleanup of pollutants coming out of the Skookumchuck pulp mill. In 1991, we stood up against a misguided proposal for a ski resort in the middle of the Purcells. Twenty-six years later, Jumbo is still wild.

Fast forward to the mid-90s and Wildsight’s work at the CORE process tables, alongside so many others, led to the protection of critical landscapes. There’s far too many to name them all, but some of the stand-outs include provincial parks like Height of the Rockies, the upper Cummins Valley, Akamina-Kishinena in the Flathead River Valley and Kianuko in the Purcells above Kootenay Lake. It was also around this time that Wildsight helped establish the Creston Community Forest, removed over 500 old vehicles from the Columbia Wetlands at Wilmer and began our work to protect mountain caribou—a fight that is very much still ongoing.

By the late 90s, water had become more of a focus for Wildsight, with the Mark Creek Recovery Program established to help bring the creek running through Kimberley, long dead from mining contamination, back to life. And it wasn’t just local water, Wildsight was also working to become the Canadian representative of the International Living Lakes Network. A few years later, in 2004, a RAMSAR Wetland of International Significance designation for the Columbia Wetlands was achieved. The very next year, the Lake Windermere Project was launched to protect the heavily used lake at the heart of Invermere. 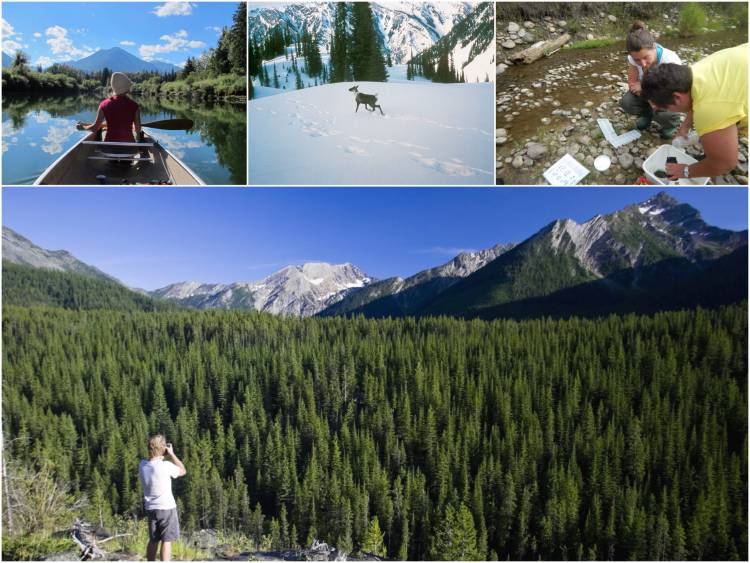 The 2000s saw The Magic Basin, Wildsight’s first official education program, start getting kids outside to learn about their wild backyards. This was also the decade when Wildsight’s first formal youth backpacking adventure, which continues every summer as Go Wild!, would get started and Beyond Recycling, Wildsight’s sustainability education program, began. While our forestry work continued on the ground every year (and still does), 2006 saw a prominent win with BC’s first Forest Stewardship Council certification, allowing for mapping of High Conservation Value Forests with protections for riparian habitat and wildlife corridors, among other protections.

The busyness continued into the latest decade. Bylaws were passed to ban cosmetic pesticides. The East Kootenay Woodstove Exchange took a bunch of old stinkers out of commission. Boating regulations to protect the Columbia Wetlands were finally put in place after years of work. Lot 48 was protected, keeping the entire east shore of Columbia Lake undeveloped. Know Your Watershed (a program of the Columbia Basin Trust) began teaching students where their water comes from and where it goes. Wildsight started a Farmers’ Market in Kimberley, launched the Creston Valley Bird Fest and, with the help of an army of local citizen-scientists and avid birders, counted more than a hundred thousand of birds in the Columbia Wetlands Waterbird Survey. This decade also had a very notable win with a ban on mining, oil and gas in the Flathead Valley. 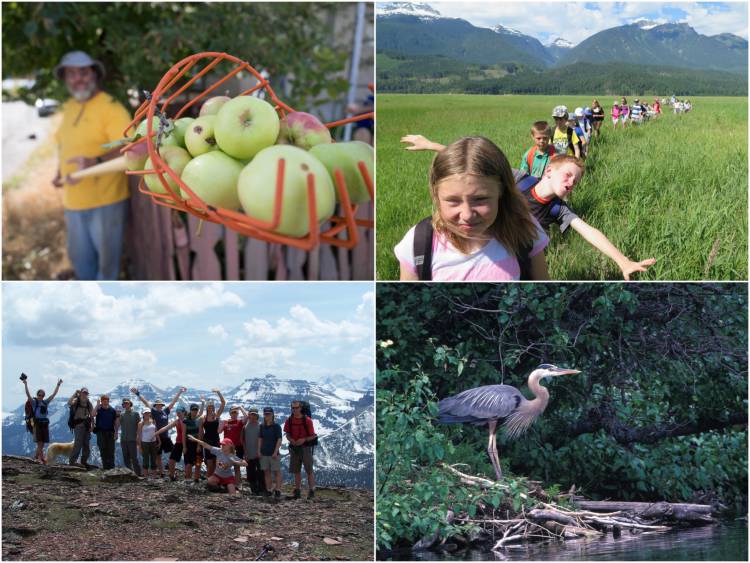 Right from the beginning, Wildsight’s approach has been unique. We’ve not only worked to shape and influence land-use decisions, but we’ve guided practice and stewarded change on the ground. We’ve collaborated with industry, scientists and all levels of government, including First Nations. We’ve partnered with other local, provincial, national and international conservation organizations to achieve their goals. Our education programs have taken more than 70,000 students outside to connect their studies to their natural surroundings. And we continue to fight every day to protect habitat for grizzly bears, wolverines, caribou, goats, and all our wildlife—from the Southern Rockies to the Purcells and beyond.

Or, as John so aptly put it, the wheel keeps on turning.

And that wheel would never have spun an inch, let alone 30 years, if it wasn’t for all our members, volunteers, supporters and donors who have given so much. From the bottom of our collective hearts, we want to thank each and every hand that has helped write the first 30 years of the Wildsight story—a story we hope you’ll continue reading and writing with us for another 30 spins around the wheel. 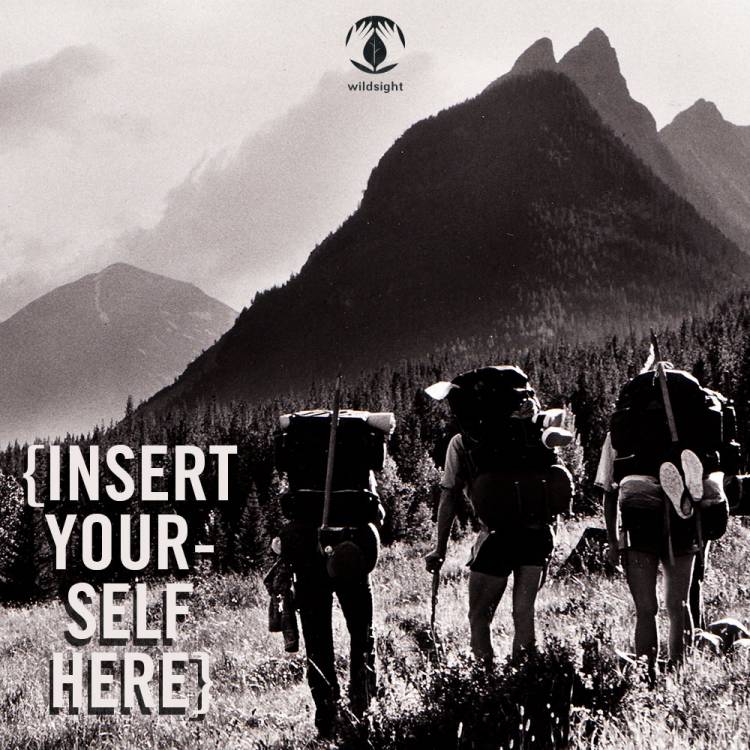 PS – This story is a part of an ongoing feature that will look back at some of the special moments from Wildsight’s first 30 years. We’ll be posting stories throughout the year, so follow along on Facebook, Twitter and Instagram and use the hashtag #Wildsight30 to share some of your own memories/photos of those times we walked the same path together.