Why isn’t Teck’s huge Castle coal mine getting a federal environmental assessment?

How can a massive coal mine with a well known water pollution problem avoid the highest level of environmental assessment in Canada? Because Castle is adjacent to the existing Fording River mine, it doesn’t make a difference that the mine will cover 25 square kilometres or export 10 million tonnes of coal every year. Castle mine may well avoid a federal assessment even though it will be a major carbon polluter and will send enough coal overseas to equal a third of all the carbon emissions from the province of BC. There is no requirement for a federal assessment even though there was no federal assessment of the original Fording River mine (or of any other Teck mine or mine expansion in the Elk Valley).

How a huge mine can be too small for federal assessment

Wildsight and Ecojustice disagree with Teck’s accounting and have asked the Impact Assessment Agency of Canada to reconsider their decision to accept that the mine is too small for assessment. We argue that the law is clear that the existing mine only includes areas currently occupied by the mine, not possible future mining—and we hope Environment Minister Jonathan Wilkinson will take a close look at this decision and correct the error.

Major expansions at Elkview, Line Creek and Fording River itself have been approved based on Teck’s Elk Valley Water Quality Plan. Not only does the plan itself allow far too much water pollution and ignore the effects of multiple pollutants at once, Teck failed to live up to the plan almost since the day it was approved, but the expansions continued. There’s no doubt that the BC’s environmental assessment of Castle will continue to ignore water pollution and fish by relying entirely on the failed Elk Valley Water Quality Plan.

Castle will add more water pollution to the same stretch of the upper Fording River where 93% of adult trout disappeared in the last two years when BC was supposed to be protecting fish in the river. That should be a good enough reason for the highest level of environmental assessment by our federal government, who have a constitutional responsibility to protect fish and their habitat.

Another big problem is that BC’s environmental assessments ignore impacts downstream of the US border. We know that elevated selenium in water and fish tissue is found all the way through the 200km of Lake Koocanusa and the Kootenai River in the US and back into Canada at Creston. BC’s EAs have simply pretended this water pollution doesn’t exist. A federal assessment, on the other hand, is explicitly called for when environmental impacts cross the border.

When it comes to Teck’s plans for water treatment, we’ve heard years of promises about water treatment plants, but the results on the ground have been mixed, to say the least. Now we’re told that Saturated Rock Fills are the solution. BC has just taken Teck’s promises at face value, but a federal assessment can look deeper into how well these technologies actually work and if they can be relied on for centuries or millennia.

With Castle, the potential for harm to bears, wolverine, bighorn sheep and other wildlife also requires careful consideration. Castle won’t only destroy important high-elevation grassland habitat for bighorn sheep, but it threatens travel paths for bears and wolverines. BC’s past assessments haven’t taken these threats to wildlife seriously.

Finally, our federal government has a responsibility to First Nations. Both the Ktunaxa Nation in Canada and the American Kootenai have asked for a federal review because of the impacts on their territories and rights.

It’s worth noting that BC has a new environmental assessment process, brought in by the current NDP government. Castle will be one of the first major projects to be assessed in the new process. While we’re hopeful that the new process will lead to better decisions in BC, when it comes to Castle, the province has shown through their actions over many years that they are very likely to give Teck what Teck wants. 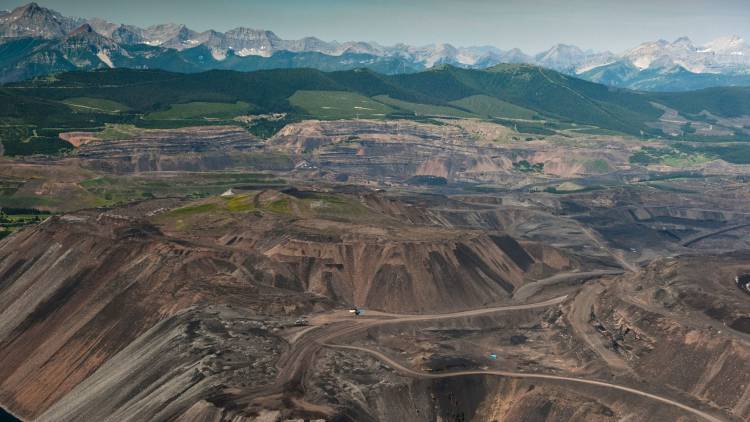 Join the call for a federal environmental assessment

Even if federal Environment Minister Wilkinson refuses to reconsider the decision that Castle is too small to need an environmental assessment, he can still use his own judgement to order an assessment because of the potential impacts. That’s why Wildsight and Ecojustice have made a formal request for the Minister to assess the project, joining the the Ktunaxa Nation and Kootenai Tribes in the US, the US Environmental Protection Agency, the State of Montana, 33 other NGOs in Canada and the US and more than 600 members of the public.

Minister Wilkinson has until August 19th to decide if he will order a federal assessment for Castle. With so many speaking up to demand one, to ignore us would be an injustice.

Mine images by Garth Lenz, ILCP.