Like the tourist towns nearby, the Columbia Wetlands are a popular seasonal destination. But instead of skiers and sunbathers, the wetlands attract a well-travelled flock of a different feather.

Thousands of birds make the Columbia Wetlands a must-stop spot for a brief respite, a short stay, or year-round home base. These wetlands, stretching approximately 180 kilometres in length from Columbia Lake to the Kinbasket Reservoir behind Mica Dam, provide critical resting and breeding habitat for migrating and resident species of birds.

“The Columbia Wetlands provides essential habitat for a number of different fish and wildlife species, including some that are in peril or at risk, as well as migratory birds and resident birds,” describes Golden-based biologist Rachel Darvill.

Darvill recently wrapped up a five-year study (2015-2019) for Wildsight Golden of waterbirds in the Columbia Wetlands, called the Columbia Wetlands Waterbird Survey. With help from more than 230 volunteer citizen-scientists, 163 different bird species were noted using the Columbia Wetlands during migration times, across 115 survey stations. The highest one-day count occurred on October 15, 2018 when a remarkable 20,575 birds were counted!

Scientists already knew these wetlands were a popular stopover for migrating birds. What they didn’t know was exactly how many were making the wetlands a part of their travel plans each year. The Columbia Wetlands have been internationally recognized for their habitat value, yet there was surprisingly little known about how many birds use this area prior to this study, remarks Darvill, noting some of the reports date back to the 1970’s.

“We worked to collect baseline data on birds that prior to this project was significantly lacking for the Columbia Wetlands,” says Darvill. “This data has and will be used to inform future habitat conservation projects.”

Thirty-five at-risk bird species (species categorized as in danger of disappearing) have been sighted in the wetlands, such as tundra swans, double-crested cormorants, eared grebes, great blue herons, peregrine falcons, and bank swallows. But more than 200 species of birds of all feathers flock to the partially protected habitat with names as varied as their plumage: surf scoters, blue-winged teals, greater scaups, long-billed dowitchers, eurasian wigeons and more (we’re sure avian enthusiasts take the task of naming birds with great joy). 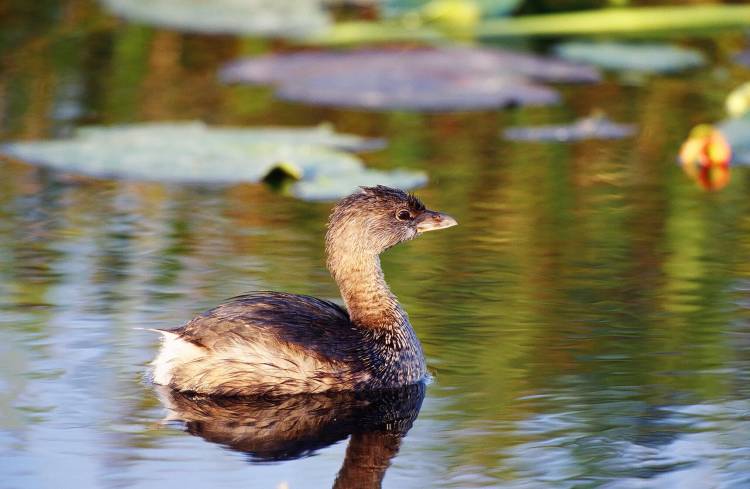 But we already know the picture is bleak for the world’s winged wonders.

An international report in 2018 noted about one in eight bird species are threatened with global extinction. Threats come from indirect attacks–loss of habitat through agriculture, logging, invasive species and climate change–and direct attacks through hunting.

“Slowing the loss of biodiversity is one of the defining environmental challenges of the 21st century. Habitat loss, climate change, unregulated harvest, and other forms of human-caused mortality have contributed to a thousand-fold increase in global extinctions in the Anthropocene compared to the presumed prehuman background rate, with profound effects on ecosystem functioning and services,” the report states.

“Seeing this net loss of three billion birds was shocking,” Rosenberg said in a Cornell Sun news article. “We need to see public outcry lead to a second wave of conservation.”

There are glimmers of hope if you look hard enough though. Rosenberg reported successful conservation efforts for certain species such as bald eagles, falcons, and ducks, have led to population increases. He also said technological advances have meant better bird tracking abilities, which helps to understand bird migration patterns and connectivity needs for our flighted friends.

Closer to home, Parks Canada scientists have found that songbirds are doing well in some nationally-protected areas. A paper published in November 2019’s Ecosphere journal looked at bird populations in five mountain parks in Alberta and BC including Banff, Yoho and Kootenay national parks. Over 10 years, they analyzed bird trends for 64 species from 544 sites, and found 91% of the bird species increased their range (distribution of a population). The speculation based on this report is that bird populations are more resilient in protected areas. 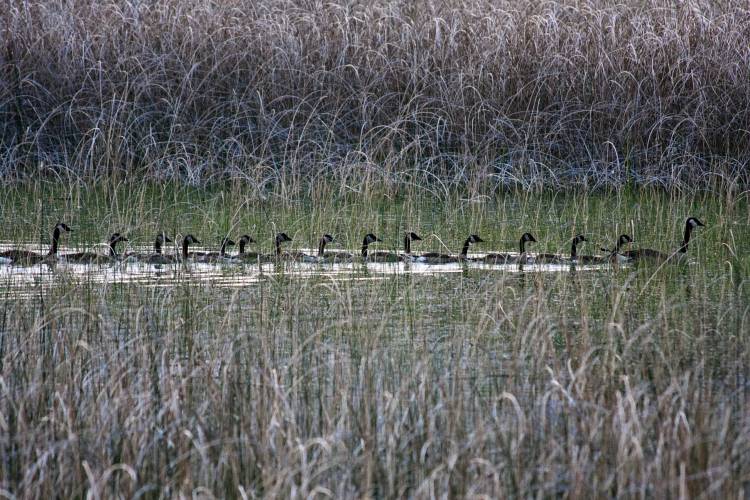 Back home, Darvill wants to see better protection for the Columbia Wetlands through an internationally recognized designation known as an ‘Important Bird and Biodiversity Area’ (IBA).

“I’m committed to conserving the wetlands for a number of reasons: all the ecosystem services provided, including aesthetic values and its incredible biodiversity values,” Darvill comments of her work over the past five years.

When Wildsight applied for IBA status in 2014, we were told we didn’t have enough data to back up the designation. This time around, there’s five years’ worth of study to back up Darvill’s IBA request. If the application is successful, it will provide more protection to the wetlands.

“The IBA framework is now being adopted as a global standard for identifying and designating the world’s biodiversity hotspots, known as ‘Key Biodiversity Areas’. Once achieved, the IBA status can help achieve conservation objectives,” says Darvill. “If IBA is achieved, this would put the Columbia Wetlands in the spotlight once more and recognize the wetlands as being irreplaceable in terms of its habitat value for birds.” 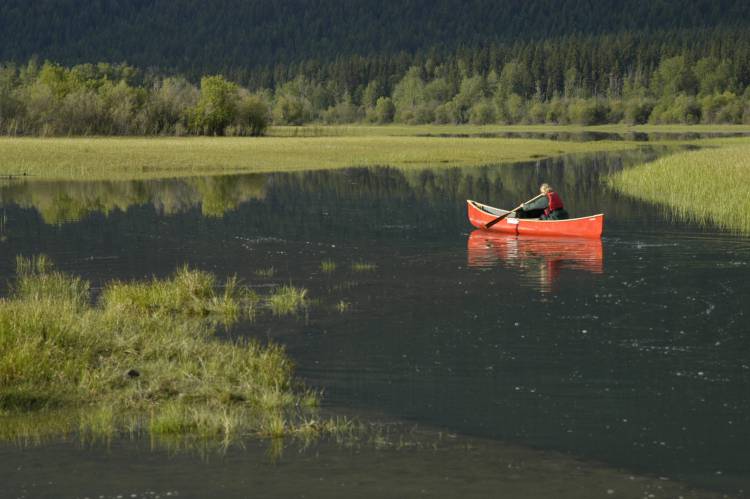