Polluting our neighbour's river—and our own

Posted on Wednesday, May 9, 2018 By Lars Sander-Green
Posted in:  Conservation

British Columbia has vowed to stop Kinder Morgan from building a bitumen pipeline across our province, over pollution and climate concerns. But on the other side of the province, in the Kootenays, pollution of a different kind is flowing from BC into Montana.

From Teck’s five open-pit Elk Valley coal mines, selenium-contaminated water is flowing south from the Elk River into Koocanusa Reservoir and the Kootenai River in Montana. Both Southeastern BC and Northwestern Montana are famous for their trout fishing, but selenium pollution builds up in trout, causing birth defects or complete failure to hatch. While BC won’t accept risky Alberta bitumen crossing our rivers or in the Salish Sea, we’ve taken a much softer stance on our own pollution flowing to our neighbours.

Without real changes to the way we mine, BC is on track to leave an international toxic legacy that will keep flowing for many hundreds of years.

The State of Montana, the US Environmental Protection Agency and the American tribes of the transboundary Ktunaxa Nation are fed up with years of broken promises and secrecy from Teck and BC, while more and more dangerous selenium crosses their border in Lake Koocanusa. Selenium levels in fish in the lake are rising steadily, threatening their ability to reproduce. With discussions across the BC/Montana border yielding no real results, our American neighbours have pushed the issue onto the agenda for the regular bilateral meetings between our federal governments, with the first discussion in late April.

While Montanans are asking if the Boundary Waters Treaty, which prohibits polluting waterways that cross the border, is being violated, BC appears to be saying nothing and hoping that the problem just goes away. Meanwhile, Teck has hired high-powered lobbying firms in Montana and in Washington, DC to fight against federal intervention.

And it’s not just Montana that’s downstream of BC’s mining pollution. In Alaska, acid rock drainage from the defunct Tulsequah Chief Mine has been flowing across the border in the Taku River for 60 years, putting salmon at risk—and BC still doesn’t have any plans to clean up the mine site. Meanwhile, BC is rushing approval for new mining developments along the Taku, Stikine, and Unuk Rivers, which all flow into Alaska.

Meanwhile, the Elk Valley Water Quality Plan, the compromise regulation that puts a short-term band-aid on the water pollution problem, just isn’t working. The limits for selenium, sulphate and nitrate pollution in the plan are already being regularly exceeded, putting westslope cutthroat trout, bull trout and all kinds of life in the river at risk.

On Line Creek, a tributary near Elkford, an expensive biological treatment plant was, until recently, treating thousands of cubic meters of water every day. But now, it’s shut down because the water coming out was more toxic to fish than the water going in. Directly downstream, the organic selenium compounds produced in the treatment process are much more easily taken up into the aquatic food chain, so selenium levels in fish ovaries downstream of the treatment plant are high, threatening birth defects or complete reproductive failure. Now the treatment plant is shut down for months while Teck works to install another treatment step in the hopes of finally getting their process working.

This one treatment plant is the first of seven planned for Teck’s Elk Valley coal mines. Teck’s permit requires that a second plant be operating by the end of the year, a requirement they’ve already admitted they can’t possibly meet. Without the planned treatment plants, Teck won’t be able to meet their pollution limits. So now Teck is revising the Elk Valley Water Quality Plan—and everyone expects they’ll be asking for higher pollution limits. 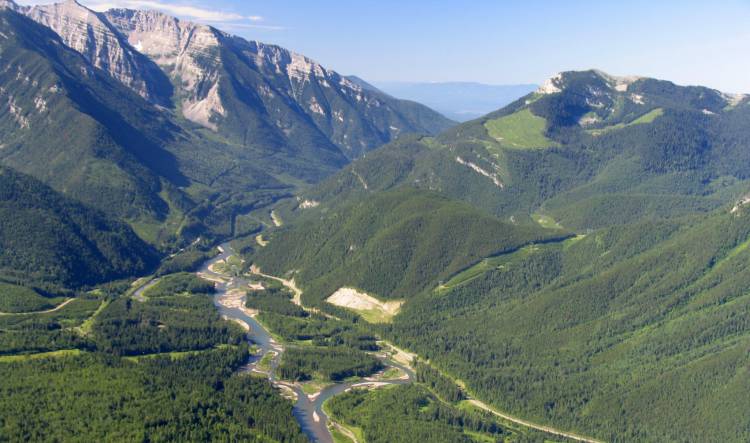 While the focus is on expensive water treatment facilities, waste rock dumps are growing every day. They’ll keep leaching selenium and other pollutants for centuries. Water treatment might help lower selenium levels for a few decades while Teck’s mines are still operating, but we can’t plan to treat water for centuries. Once the treatment plants stop working, selenium concentrations in our rivers will immediately rise to levels that are dangerous for our fish. Water treatment just hides the scale of the selenium problem behind a short-term fix, while the long-term danger grows every day.

Teck’s research into improved waste rock dump construction techniques, to keep water away from the rock and prevent selenium leaching, is still in the early phases. With a few billion in gross profit from their Elk Valley operations last year, Teck can afford to do much more to find a long-term solution.

Teck won’t plan for the long term and change how they build waste rock dumps until there are legal consequences that impact their bottom line. With the Elk Valley Water Quality Plan falling apart, Montana fighting back on pollution crossing their border and a big mine expansion permit for Teck coming up for approval in the coming months, now is the time for BC to start enforcing their own regulations. Only real consequences, like denying mining expansion permits or fines that are more than a rounding error, will push real changes. If we’re going to find a solution to this toxic legacy, BC is going to have to get serious.

Step one in getting serious for BC is to immediately stop considering new coal mine proposals in the Elk Valley. It’s unbelievable that coal mine proposals from other companies like Bingay and Crown Mountain, which would add even more selenium into the Elk River watershed, are still moving forward when Teck can’t get a handle on selenium at existing mines.

Step two is to start acting like a regulator. The NDP government now has a choice to make: will they enforce their own regulations, start thinking beyond short-term band-aid solutions and work to protect BC—and Montana’s—environment or will they put economics above all else, while pointing the finger at Alberta for doing the same?