Dead or Alive: Where Did the Animal (Try To) Cross the Road?

Anyone who has driven Highway 3 between Elko and Alberta has seen wildlife — lots of wildlife. If you’re lucky, they were alive. But we’ve all seen our share of dead wildlife too, and in the worst cases, experienced a wildlife-vehicle collision personally. It can feel like an inevitable side effect of highway use, but it doesn’t have to be. A new program, RoadWatchBC, is putting increased highway safety for both people and wildlife into the hands of anyone with a smartphone or a computer.

RoadWatchBC is a new program created by Wildsight, the Miistakis Institute, the Western Transportation Institute, and the Yellowstone to Yukon Conservation Initiative. RoadWatchBC is based on gathering information using citizen science—scientific research conducted primarily by regular citizens (and that means anyone reading this article!). Anyone can participate in the program by simply signing up online, or by using the free smartphone app, or an online mapping tool to record wildlife sightings on or near highways. The smartphone app has a simple, user-friendly interface whereby participants can instantaneously log wildlife sightings near or crossing the highway. Participants also have the option to use an online mapping tool at a later time (since the app is designed to be used by passengers and not drivers). Drivers just need to remember when, where and what animal they saw near or crossing the highway. Using these methods, citizens are able to partner with scientists to determine where animals tend to cross the highway or be struck by vehicles.

Gaining an understanding of wildlife movements along the highway is an important first step in developing mitigation strategies that reduce vehicle–wildlife collisions and maintain connected wildlife populations. Mitigation strategies include overpasses, underpasses, culverts, fencing and animal detection systems. These mitigation methods allows for a safe pathway for all forms of wildlife to migrate across highways. The information on vehicles and wildlife “hotspots” gained from the RoadWatchBC program will be shared with the British Columbia Transportation Ministry to determine potential areas where wildlife mitigation can be applied.

“Highway mitigation is often looked at as being expensive infrastructure, but if you look at the numbers this simply isn’t the case,” said Tracy Lee, the project manager for RoadWatchBC. “Once you have more than three deer collisions within one kilometer of road per year, it is less expensive to put in an underpass. By finding out where along the highways we have the most wildlife traffic and wildlife-vehicle collisions, we can determine where mitigation will be the most successful and economic. RoadWatchBC can help us do that.”

“Focusing highway mitigation efforts in these areas could improve motorist safety, reduce wildlife mortalities, improve habitat linkage and animal movements across Highway 3 and be cost effective,” said Beth Millions, the local RoadWatchBC coordinator for the Elk Valley. “Highway mitigation is both good for people and good for wildlife.”

RoadWatchBC is holding a project launch on June 22nd at 6:00 pm at the Art Station in Fernie. Attendees can view a short film on highway mitigation, learn more about the program, test-drive the apps and tools, and more.

For more information on the project, please go to www.roadwatchbc.ca or download the app from the App Store or the Google Play store.

RoadWatchBC is a citizen science initiative designed to collect data on wildlife along BC highways. For more information about RoadWatchBC call Beth Millions, RoadWatchBC local coordinator at (403) 880-7896, email info@roadwatchbc.ca or visit www.roadwatchbc.ca 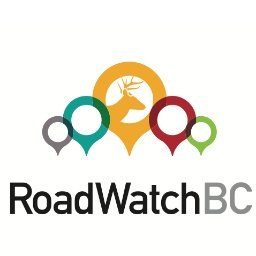