Failure to act has resulted in the death of at least four dead bighorn sheep over five days last week alone. This is the latest in a spate of deaths decimating the Radium bighorn sheep herd that saw an additional 13 highway mortalities in 2021.

The One Mile Hill leading into Radium Hot Springs has long been known as a dangerous spot for both motorists and Rocky Mountain Bighorn Sheep. This stretch of highway is the gateway to the Columbia Valley which sees heavy traffic, especially on weekends and tourist-heavy seasons. The problem has been exacerbated by the prolonged closures of Highway 1, which forces traffic to detour through Radium. This highway also carries heavy trucks, particularly logging and chip trucks, up and down the valley. 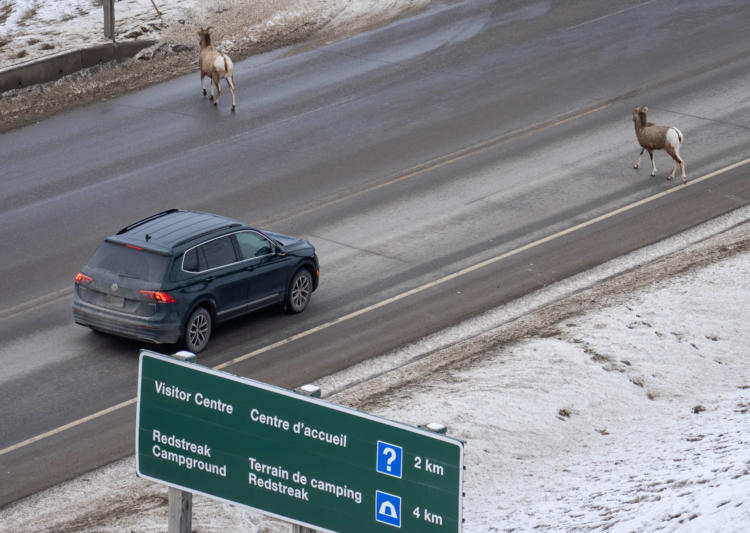 Last week there were collisions on Monday, Tuesday and Thursday — each resulting in a dead ram. Then on Friday a ewe was killed.

Though local residents and conservationists have been calling for action for years, the Ministry of Transportation and Infrastructure (MOTI) has yet to take action. Encouraged by Radium resident Nicole Trigg who launched a Facebook page to shine a light on the rolling death count, discussions have just begun about fencing and a much-needed overpass. But even if these are committed to, it will certainly take too long to deal with the ongoing slaughter.

MOTI needs to take action to protect bighorn sheep and motorists while sheep are near the highway. Most collisions occur in a three kilometre-strip of the hill which has a passing lane and 90 km speed limit — clearly proven to be a recipe for disaster. MOTI has thus far refused calls to reduce speeds and close the passing lane. The existing warning signs have proved ineffective. Reduced speeds that are enforced, along with active signage that warns travelers when they are not slowing down could certainly make a difference in dealing with the present carnage. 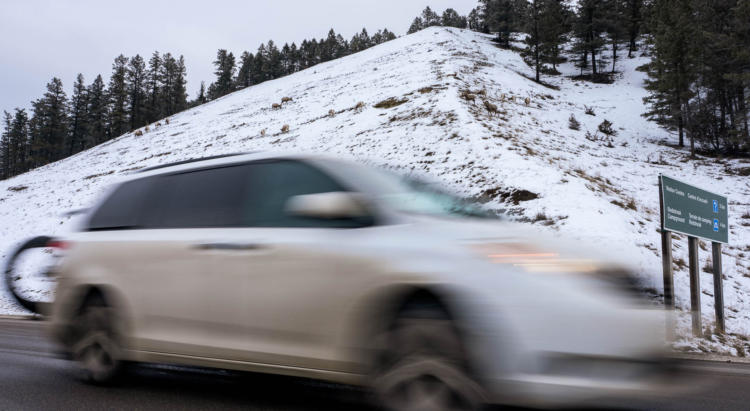 Radium welcomes visitors into its community with an impressive $300,000 public art sculpture paying tribute to the bighorn sheep. The irony is not lost that, mere metres from this exhibit, sheep are meeting their demise from those very drivers. A few minutes’ delay in arrival is a small price to pay to protect both motorists and the sheep who are this community’s icon.

There is no excuse for MOTI not to be treating this section of highway the same way as they do an active construction zone whenever sheep are present in the area. A lack of action is inviting the next accident to happen, and it may not be just sheep that are the victims. 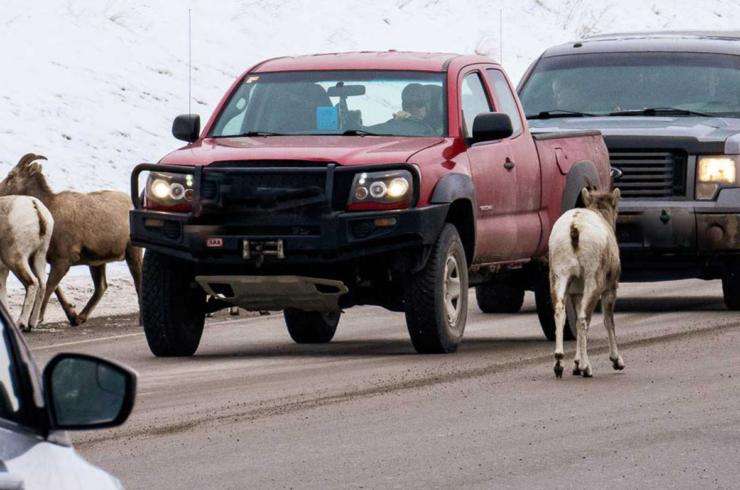 Over the past 20 years, more than 200 bighorn sheep have died on the highway at Radium on the edge of the Rocky Mountains. In January, seven sheep were killed on one deadly stretch of highway just outside Kootenay National Park.Act now