Ben Collison was born and raised in the Kootenays, and is currently a masters student at Dalhousie University. As part of his masters degree, Ben opted to study private land logging and its impacts on this place where he spent his formative years. His research focuses on the Elk Valley and the impact of private land logging over the last seven years. He’s produced a storymap that illustrates his findings.

I sat down with Ben to talk about his research, its importance, and what inspired him to study private land logging in the Kootenays.

Eddie Petryshen (EP): Can you tell us a little more about your research and your findings?

Ben Collison (BC): My research looked at how private land logging has impacted the Elk Valley over time. More specifically, the research focused on the landscape from 2014 to present-day, since 55,000 hectares of private land was acquired by CanWel, and how the landscape has changed since then. I used remote sensing to isolate clearcut areas and then mapped those locations using ArcGIS. The mapping shows data for ungulate wintering habitat and survey locations; potential impacts on soil erosion and subsequent sedimentation in fisheries habitat;, and I plotted species-at-risk habitat locations. The research results paint an unfortunate picture for how private land logging has gotten out of control in the Elk Valley.

EP: What inspired you to research and analyze private land logging in the Kootenay region?

BC: As part of my Masters degree, I was required to pick a current environmental issue, write an in-depth case study report on that topic, and make recommendations for how the issue could be solved/improved in the future. I was born and raised in Fernie, BC until my family moved to Creston in 2008. After reading some Wildsight articles about how the Elk Valley has been impacted by private land logging in recent years, this issue hit close to home and I felt compelled to learn more about it. The Kootenays are an incredible part of BC and Canada; to understand how the cumulative effects of human disturbance and industrial development have fragmented the landscape is hard for someone who grew up enjoying all kinds of outdoor activities in the region. I knew this would be a perfect topic for my case study report.

EP: So just how much land has been logged on private lands in the Elk Valley in recent years?

BC: My spatial analysis showed that since the private land was acquired by CanWel (2014), over 8,000 hectares of forest has been logged on private land in the Elk Valley.

EP: So, how do maps, technology, and data help conserve the wild places that we care so much about?

BC: Technology has given us access to monitor how the natural world has changed over time due to human-caused impacts. Satellite imagery gives us the ability to track and analyze changes to our wild places that may have previously gone unnoticed by viewing the world from a bird’s-eye view. Maps really give the general public an idea of how large-scale impacts can have a toll on the environment. Rather than just seeing a steep-slope cutblock outside of their community, people can see that there is a lot more occurring away from clear public view; it is incredibly important to be aware of this and that’s what I hope my mapping analysis can assist with. Also, publicly available data for landscape components such as wildlife and fish survey locations, digital elevation models, species at risk critical habitat, and a huge variety of others is essential to producing a mapping product that people can understand and relate to.

EP: You mentioned that you did draw some conclusions and ways to address the problem. Can you tell me more about those options?

BC: In 2019, a public forum was organized by Wildsight and drew hundreds of people from the community of Fernie and the surrounding areas to voice their concerns regarding private land logging in the Elk Valley. That same year, the provincial government announced that the private managed forest land program would undergo a review. Based on the feedback received during the review, a new set of provincial legislation for forestry management regulations that apply on private and public land needs to be developed, adequately addressing public consultation and engagement, species at risk, landscape biodiversity, First Nations traditional territory, climate change and its associated impacts, cumulative effects of forestry on other industries, local government authority, water quality, and other factors that currently are not sufficiently accounted for. 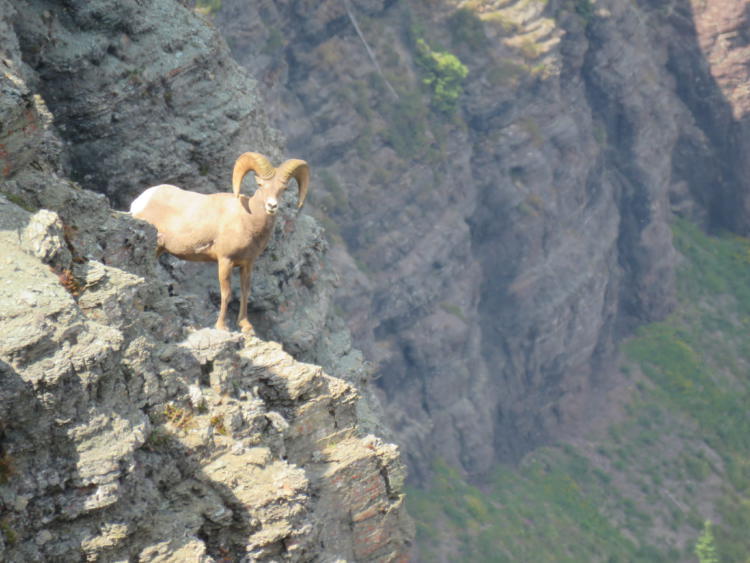 Ungulate populations have continued to decrease as more clearcuts and logging roads fragment their habitat. It makes sense that hunters are frustrated when tag limits are decreased; this is the BC government’s short term ‘fix’ to compensate for allowing human-caused threats like logging to continue impacting wildlife. Similarly, fishing quotas are suspended or decreased as populations decline in numbers. The government needs to listen to the concerns raised by everyone and incorporate these into new laws.

CanWel is operating within the law in the Elk Valley, but the vast majority of people are saddened and concerned with how private land logging is impacting the areas they live and recreate in. There is no economic reason that private land logging companies cannot follow forestry practice standards for Crown land, particularly when private holdings of land surpass the 500 hectare threshold for “small scale”. It is recommended that the environmental regulations in the Private Managed Forest Land Act be immediately amended to include all management objectives equivalent to or exceeding the requirements under the Forest and Range Practices Act on all private managed forest lands greater than 500 hectares in total extent.

I highly doubt that the government’s decision to review the PMFLA several months after the Fernie public forum was a coincidence. Conversation, education, and action around these issues make real change happen so I encourage people to stay involved with Wildsight, and make your voices heard from your local MLA’s all the way up to the BC premier. 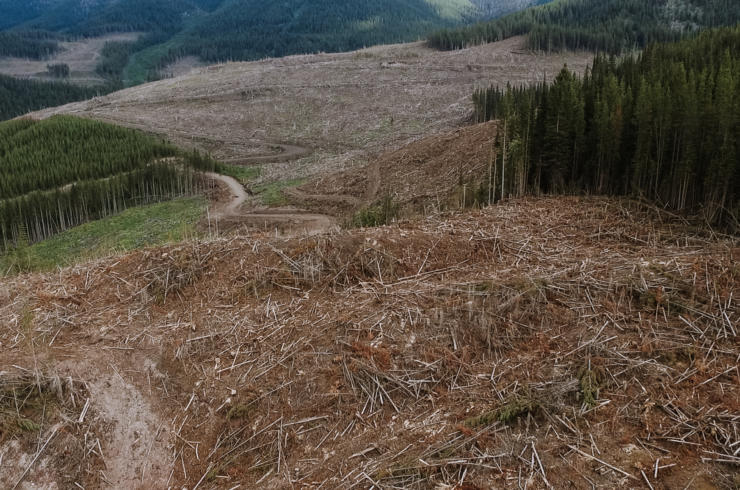