Their scientific classification is Oreamnos americanus. To the Ktunaxa Nation living in the valleys below them, they are known as kyanukxu. While we call them mountain goats, they’re not actually goats either. With split hooves, stark white fur set against the grey backdrop of a mountain peak, and pointy horns, these thin air-residing herbivores live as close to the clouds as they can. And this survival strategy has worked for centuries.

Mountain goats live as far north as Alaska and south to Washington; many reside in the Crown of the Continent, a 73,000 square km ecosystem that spans southwest BC, southwest Alberta and northern Montana. Half the worlds’ population of mountain goats live right here in British Columbia.

“They live in a place where winter claims the land, shapes the land, and dominates the land for two thirds of the year. There’s just no other environment for an ungulate remotely like this in this region,” describes Douglas Chadwick, a wildlife biologist, author and journalist who spent seven years studying this wild creature.

Populations have been steadily declining, with little to no alarm bells ringing in government ears. Chadwick says this unique species will need a unique plan to save it. Unlike other ungulates, mountain goats are deeply rooted in place, and simply can’t adapt like many other species.

“I’m prejudiced — I’m a goat guy,” opines Chadwick. “But the focus should be on taking care of mountain goats right where they are, and not trying to get away with doing a little bit of everything we want to do and hoping the goats will adapt.”

Mountain goats, which are actually members of the cattle family, not the goat family, live higher and steeper year-round than almost any other mammal in North America. They mark their days and years and generations within very set terrains. They have found what works best for them, and they’re hunkered up high for the long haul.

“They’re in balance with the mountains, and that’s a tough job. But their survival strategy is to trade safety from predators for contending with the top of the world,” says Chadwick. “What the goats have done is trade the kind of vulnerability to predators that a lot of the hoofed animals have, for security in these high, hard to reach terrain. But they’ve traded that safety for the full effects of living atop the mountains, and that includes not only the hard winters, but includes avalanches, slips and falls which are more common than you might think; I’ve seen a lot of goats with busted horns and crippled feet. And they also are pretty aggressive critters … they knock each other off cliffs once in a while.”

Unique characteristics make conservation efforts for mountain goats more challenging, including their slow growing time: kids don’t reach adult size until around age 4 and the females won’t produce young until they are at least that old. When they do give birth, it is unlikely to be twins. And nannies can skip a year of birthing, if, for example, it was a harsh winter. Kids are born on high, secluded cliffs, providing safety from most predators (though eagles have a fondness for ramming into kids, knocking them off cliffs to provide a food source for their own fledglings). Those early months are fraught with other dangers too.

“For those first days jumping around cliffs, a mother’s entire job is to stay between that youngster and the edge of the world,” remarks Chadwick. “It’s trying to climb on every rock it can find. It’s still shaky, it’s wobbly.”

A baby goat’s first winter is harsh. Weighing in at only 25 to 30 pounds, the babe must follow tracks plowed by the mother through deep snow and feed where she has clawed away at icy crusts to access food. By the time spring comes around, Chadwick explains, there may be 25 out of every 100 baby goats left – a high mortality rate for a wild animal.

In Chadwick’s home state of Montana, all native mountain goat herds are declining except for the herd in the fully protected Glacier National Park.

In BC, counts have been few and far between. The last inventories took place between 2013 and 2015. Prior to that, it was as much as 15 years between counts. The last survey revealed lower populations over roughly a decade in 70% of the survey units, with many herds facing population declines of more than 30%. The most recent estimate for the Kootenays is a total of 6,913 mountain goats.

“The consistent negative population trend suggests that there are region-wide factors affecting goat numbers,” reports John Bergenske, Wildsight Conservation Director. “It appears that cumulative impacts, rather than a single problem, are adding up to declines. While there is no single cause of the overall decline, habitat change is without a doubt playing a significant role.”

The units that did see increases were found in areas without motorized access , including the eastern Flathead along the Continental Divide, east of the Bull RIver between upper Elk and White rivers, and in the centre of the Purcells.

“The Purcell Wilderness Conservancy and Elk Lakes/Height of the Rockies are of particular note, as are areas that Wildsight supports for protection in the Flathead and Elk River drainages,” says Bergenske.

Even with the patchy data collected in BC, we know without a doubt mountain goat numbers are declining. And while we question what exact factors are leading to the deaths, we have a pretty good idea what is not helping. As Bergenske explains, hunting, logging, wildfire, recreation and climate change all put pressure on mountain goat herds. While mountain goats live up high, they descend the slopes to access mineral licks. Logging, roads, recreational use, as well as subdivisions now threaten access to their licks.

As recreation, whether motorized or non-motorized, creeps ever more steadily into mountain goat territory, the herds are impacted in new and unexpected ways.

As Chadwick puts it, it appears mountain goats are suffering a death by a thousand cuts.

But, he questions, what is the cumulative effect?

We must make changes to how we manage the land, if there is any hope left for mountain goats.

“We have already lost mountain caribou in the south Purcells and south Selkirks due to habitat loss and fragmentation. Most people think of goats as living on high mountain rock ledges, far removed from the impacts of human development. Unfortunately this is not the case,” says Bergenske. “Without strong action to reduce and reverse the size of the human footprint, we will continue to lose ever more of our wildlife who depend on wild spaces for their survival.”

The BC Wildlife Program is asking for your observations of Mountain Goat, Thinhorn Sheep and Bighorn Sheep from around B.C. Specifically, observations that record the location and presence of newborn kids and lambs, along with later observations of nanny/kid and ewe/lamb groups throughout the year. 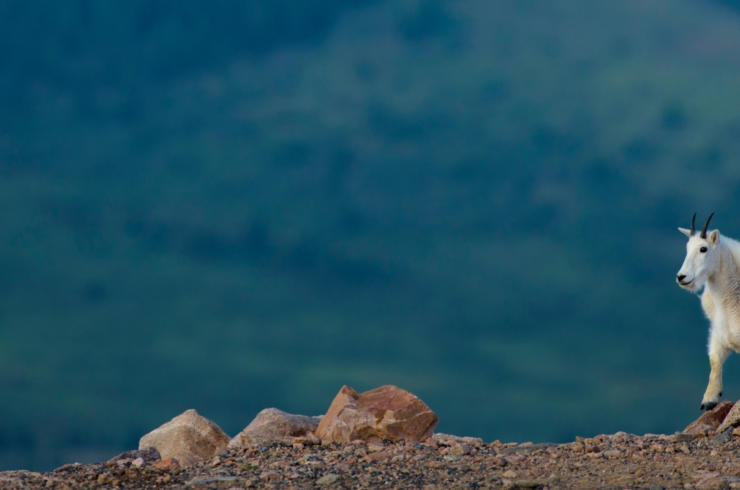 In this webinar, we bring together panelists Douglas Chadwick – biologist, photographer and author of A Beast the Color of Winter and The Wolverine Way – John Bergenske and John Zehnder to understand the threats to mountain goats.Watch webinar 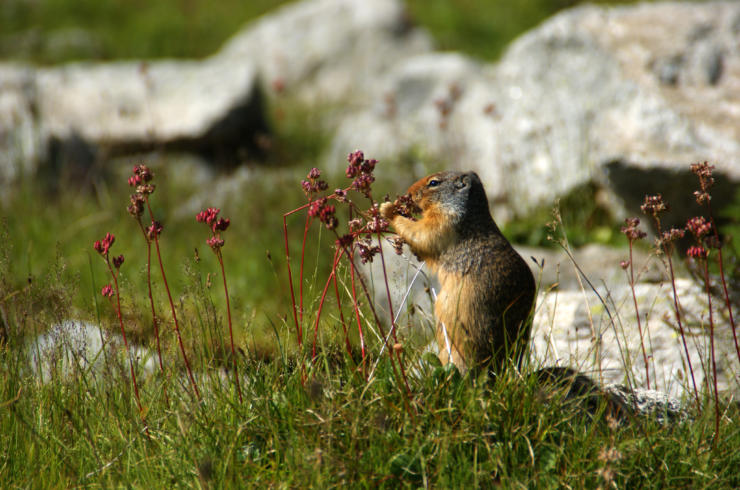 Coalition calls on BC to invest in wildlife stewardship

A new province-wide coalition is calling on the government to re-establish the province as a world leader in fish, wildlife, and habitat management…Read more