In Search of the Wolverine (Canadian Geographic)

There are few animals as badass as the wolverine. And yet, while they are known for their tenacity and fearlessness, wolverines are in trouble. Wolverines need space to roam, perhaps more than any other mammal, and they need deep snowpacks to den in. Wolverines are even known for establishing dens near avalanche paths to eat other animals that are trapped under the snow! Climate change and habitat fragmentation are making life much tougher for wolverines.

Lately, scientists have been working in the Rockies and Purcells to find out just how many wolverines are out there right now (not an easy task for an animal that travels at night, with a huge range, and avoids humans) and find out why their populations are slumping in many areas so that we can stop the decline. Consistently, their data shows that wolverine populations are healthy in wild, protected landscapes, but that populations are declining where humans and our roads and machines are nearby.

We are proud to support the work of Dr. Tony Clevenger of the Montana State University’s Western Transportation Institute and his team in studying wolverine populations across the southern Rocky Mountains and the Purcells. Our support is made possible thanks to the Fish and Wildlife Compensation Program.

Head out into the winter wilderness with Tony on a wolverine genetic study in Canadian Geographic (PDF)! 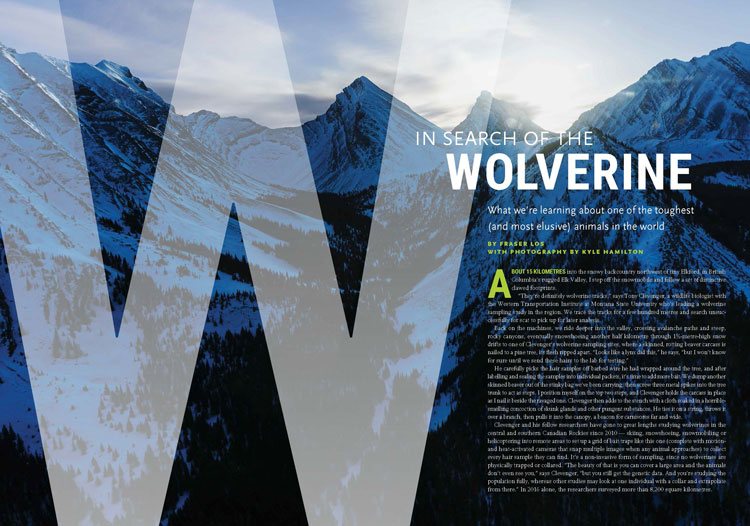