It is with a heavy heart—a heart heavy with both sadness and gratitude—that we take a moment to pay tribute to two amazing pillars of the East Kootenay community. There is no doubt that their love and passion for wild places and the natural world will continue to live on and inspire family, friends and the communities they were such a vital part of. Jesse and Imme, thank you for everything you gave of yourselves; you have inspired more than you will ever know and will be missed dearly. 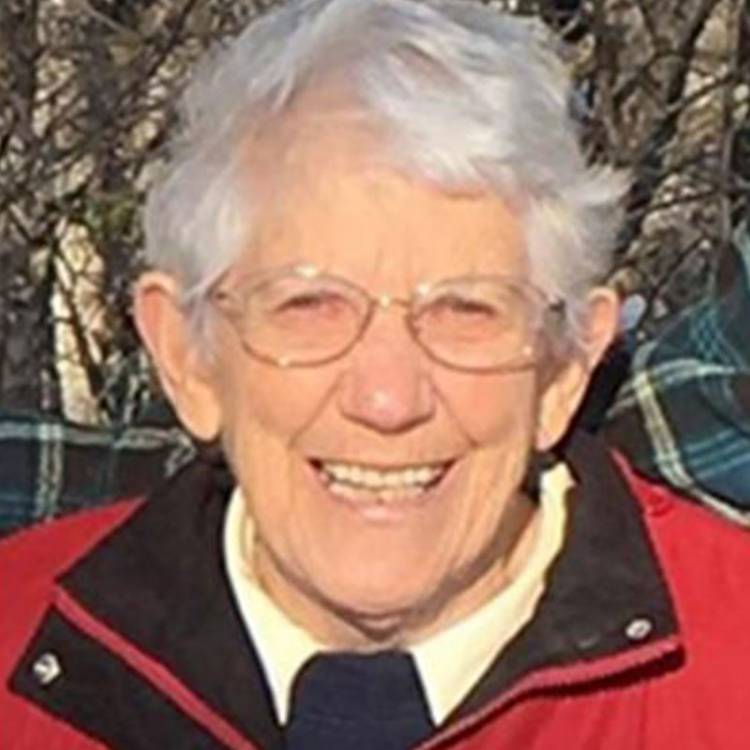 On March 3rd Jesse Jensen, a life long East Kootenay resident and zealous supporter of Wildsight and the environment passed away in Cranbrook. Jesse had a long and much-admired career as a school teacher, starting with teaching in the one room log cabin schoolhouse at Sheep Creek, very near where she lived the last 35 years of her life with her husband Fred, with whom she was married in 1953.
Jesse taught at Sheep Creek (near Premier Lake), Cranbrook, Marysville and Wasa. She was an avid organic gardener who shared her produce from greenhouse and garden with friends and neighbours. Jesse and Fred’s home was often the meeting place for the Friends of Sheep Creek, a community group that organized to address pulp mill and forestry issues in the area. She was a long-time donor to Wildsight and regularly communicated her concerns on matters related to the community.
Jesse was not shy! She was an outspoken advocate for the environment and never hesitated to weigh in on industry or government when wildlife and nature were under threat. She will be missed by all who were enriched by her indomitable spirit and fervent advocacy for the wild landscape she loved.

Wildsight mourns the passing of Imme Askevold at age 96. She was a longtime member of the Creston Valley branch. Imme loyally attended the many presentations hosted by Wildsight and eagerly engaged in thoughtful discussion following each event.
Imme served the community of Creston as one of its only female physicians for many years. She also had a thorough understanding of plants and the healing power of herbs. One could not walk past her garden without being offered a plant, complete with a description of its medical properties. She was passionate about the outdoors and avidly supported conservation organizations.
In the 1970s, her husband, Sigurd Askevold, a teacher at PCSS, along with Ralph Moore, founded the Survival Group which became the Creston Valley branch of Wildsight.
Imme and Sig’s daughter Dee, second of three children, met Brian Keating when they were young naturalists at the Creston Valley Wildlife Centre. Of all the places in the world, Brian has a soft spot in his heart for the Wildlife Area. He has enthusiastically offered to be the keynote speaker to celebrate the 5th Creston Valley Bird Fest with a video presentation “A Natural Relationship” on Saturday, May 13 in the PCSS auditorium.
Prior to Imme’s passing, Sigurd’s memoir of being a German soldier in WWII, A Worm in the Apple, was published. In the dedication, Sigurd thanks three influential social democrats “fired from their teaching posts and despised by their political opponents… They believed the good in humanity would eventually outweigh the evil. As long as people like these can be found, there is hope for a better future.”
Imme was certainly one of these people.
The Creston Valley Branch of Wildsight would like to thank the Askevold family and those who have contributed to Wildsight on behalf of Dr. Imme Askevold. A celebration of life will follow in June.