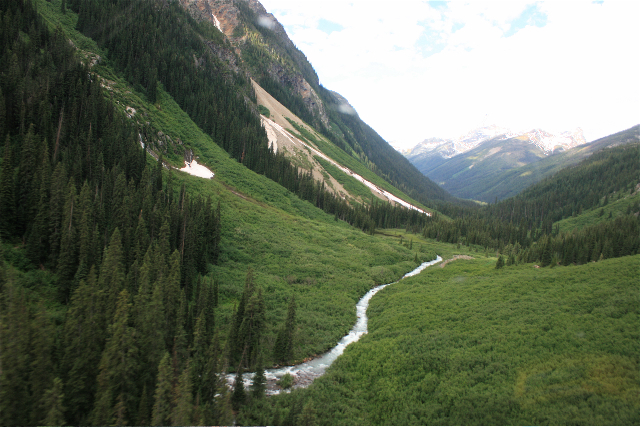 Groups urge people to comment to Department of Fisheries and Oceans

“The Department of Fisheries and Oceans has determined this cluster of run-of-river projects would constitute a ‘harmful alteration, disruption and destruction’ of fish habitat,” said Rachel Darvill of Wildsight. “Because the project would compromise fish habitat, it will now require special authorization under the Fisheries Act of Canada to go ahead.”

Darvill said such authorization could only come following a review under the Canadian Environmental Assessment Act, which is happening now.

“This proposed HADD—harmful alteration, disruption and destruction—of fish habitat has triggered an environmental assessment at the national level and it involves looking at the proposed HADD for two at-risk fish species, bull trout and westslope cutthroat trout” Darvill said.

“But the onus is on the public to comment—the government doesn’t seem to be actively asking for public input at this point, but the notification is posted on the Canadian Environmental Assessment website.”

At its heart, the issue is about damming and diverting three creeks northwest of Golden, located on the border of Glacier National Park. All three drain into the Beaver River, and two of them are wild and ecologically intact. The creeks are home to at-risk terrestrial species as well, such as grizzly bear and wolverine.

“Retaining an intact watershed is worth much more than a private power project, one that we don’t need to meet the power needs of Golden—and one that would only produce power during high-flow seasons,” said Darvill. “Hundreds of people in Golden and around the province have already formally opposed the Beaver River hydro project, but those voices are difficult for government to hear when it’s in the midst of looking to apply legislation that would acquire IPPs solely for energy export.

“But now there’s national attention because of the environmental assessment.”

People can visit www.ceaa.gc.ca/050/details-eng.cfm?evaluation=62290 to learn more about the assessment.

“The Department of Fisheries and Oceans has requested comments and input from First Nations, provincial departments, and other federal departments which may have an interest in this proposed project,” Darvill said. “We think it’s also prime time for individuals to comment.

“It’s still up to people to voice their concerns about destroying fish habitat for species at risk, which should already be protected under current legislation like the Species at Risk Act and the Fisheries Act,” Darvill said. “The provincial system, and now the federal system, cannot be left to spin their bureaucratic wheels out of the public’s reach.”

The most effective way to oppose the destruction of important fish habitat is to write letters to the DFO and the Minister of Fisheries and Oceans. Handwritten, personalized letters, personal e-mails or phone calls are all effective means for the public to communicate its concerns.

To learn more about the current state of the Beaver River Hydropower Project, the federal environmental assessment, and what’s at risk in Ventego, Cupola and Alder, visit www.Wildsight.ca/RiversatRisk.

“Write to Honourable Keith Ashfield, the Minister of Fisheries and Oceans, and to Brian Ferguson, Senior Habitat Biologist with the DFO,” Darvill said. “The Wildsight website has contact info for them.

“We’re asking for people to step up again to voice their position on the Beaver River Hydropower Project,” Darvill said. “It’s a new chance to declare your position on Ventego, Cupola and Alder creeks, to support wild watersheds and to show the Canadian government you care about at-risk species and wild watersheds.”

About Wildsight • www.Wildsight.ca
Wildsight works locally, regionally and globally to protect biodiversity and encourage sustainable communities in Canada’s Columbia and southern Rocky Mountain region.
This area is internationally recognized as a keystone to conservation in western North America.