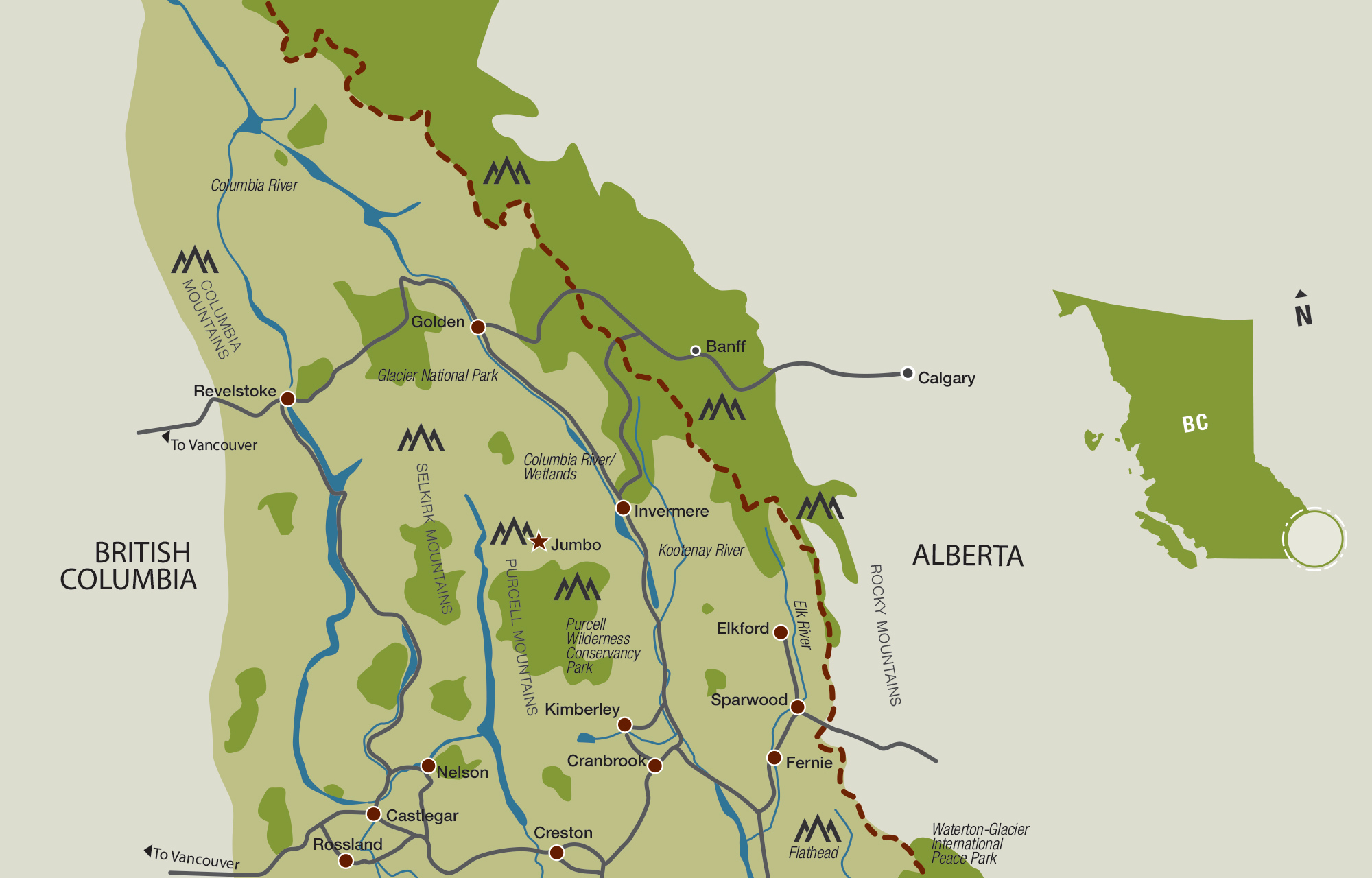 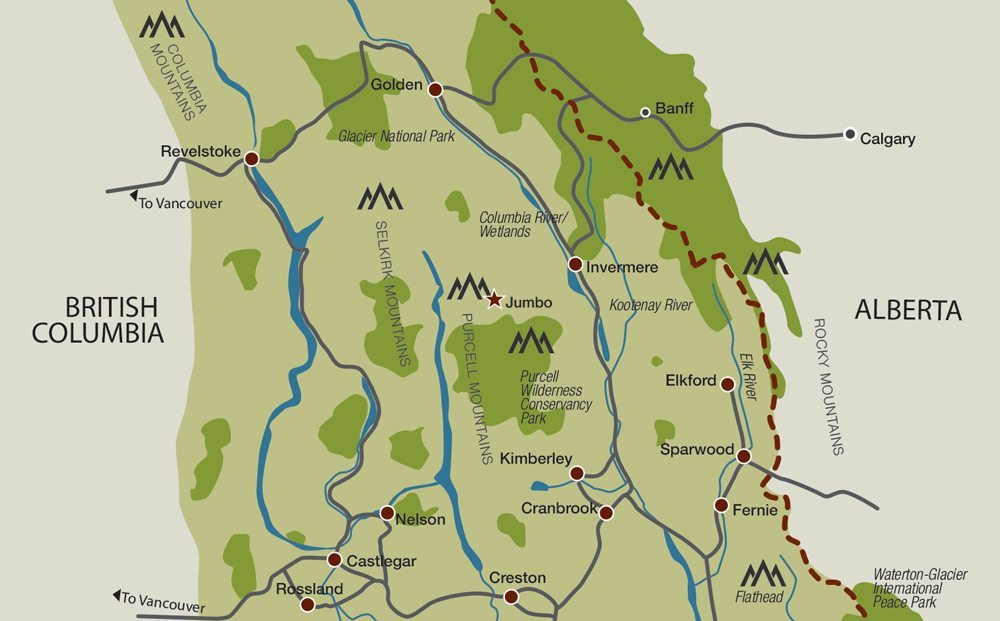 We live and work in one of North America’s most diverse, beautiful and wild regions—Canada’s Columbia and Southern Rocky Mountains.

Our region is recognized globally as a critical component of North America’s most intact wildlife and wilderness corridor, running from Yellowstone in the south to the Yukon in the north. It is home to one of the most diverse and dense populations of large animals in North America.

Due to our region’s connected wild systems, its been rated by global scientists as providing one of the best opportunities on the planet for successfully addressing the impacts of climate change.

Six local Wildsight branches work at the grassroots level to build a conservation ethic in our communities and a culture of sustainability. These autonomous branches are as diverse as the towns they’re located in: Creston, Elk Valley (Fernie), Golden, Invermere, Kimberley/Cranbrook and Revelstoke. All of our branches truly exemplify that small, local steps can make an enormous difference.

Recognizing the Indigenous Peoples of the Canadian Columbia Basin

Wildsight works in the Columbia Basin on the traditional, unceded lands of the Ktunaxa, Secwépemc, Sinixt, Syilx Okanagan and Lheidli T’enneh. We acknowledge these Indigenous Nations and honour their past, present and future stewardship of these lands and waters. We also recognize these lands are the chosen homelands of the Métis people.

Our work to protect wild places, defend wildlife and clean water and create sustainable communities is intimately connected to and intertwined with reconciliation between Indigenous and non-Indigenous peoples. We are committed to learning, deepening our understanding and taking action to realize reconciliation with Indigenous Nations through our work.

The lands of the Columbia Basin are unceded and subject to Aboriginal title and rights. Canada has signed on to the United Nations Declaration for the Rights of Indigenous Peoples and BC has passed the Declaration on the Rights of Indigenous Peoples Act. We recognize that land use decisions cannot proceed on First Nations territory without free, prior and informed consent and strive to support Indigenous-led conservation.

Indigenous leadership has been critical not only to the historical stewardship of these lands and waters, but to driving their current and future conservation and stewardship. A couple of key examples:

Bringing the Salmon Home: A collaborative effort between the Ktunaxa, Secwepemc and Syilx Okanagan nations to restore salmon to the upper Columbia River in Canada.

We are committed to learning and deepening our understanding of reconciliation as an organization and observe September 30, the National Day for Truth and Reconciliation, as a statutory holiday.

Shuswap Nation Tribal Council
The Secwépemc (pronounced suh-Wep-muhc) traditional territory stretches from the Columbia River valley along the Rocky Mountains, west to the Fraser River, and south to the Arrow Lakes. Most Secwépemc people live in the river valleys.

Okanagan Nation Alliance
Syilx (pronounced sjilx) Okanagan traditional territory extends over approximately 69,000 square kilometres. The northern area of this territory was close to the area of Mica Creek, just north of modern day Revelstoke, BC, and the eastern boundary was between Kaslo and Kootenay Lakes. The southern boundary extended to the vicinity of Wilbur, Washington and the western border extended into the Nicola Valley.

The Lheidli T’enneh
Lheidli T’enneh (pronounced Klet-lee Ten-eh) traditional territory covers much of the area from present-day Prince George to the Rocky Mountains. The word “Lheidli” means “where the two rivers flow together”, referring to the Nechako and Fraser River confluence, and “T’enneh” means “the People.” 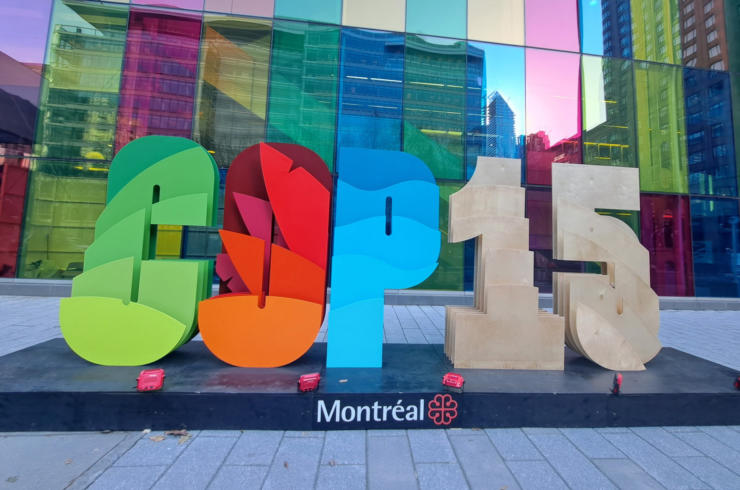 In December, Montreal welcomed the world to COP15. The goal? To negotiate a new global biodiversity framework (GBF) ambitious enough to tackle the world's…Read More 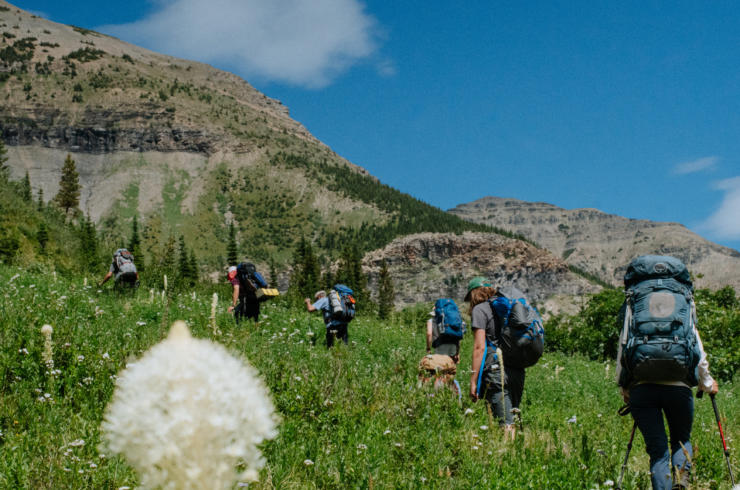 One of Wildsight’s superpowers has long been its people. For thirty-six years, we’ve worked together and made some very significant lasting changes…Read More 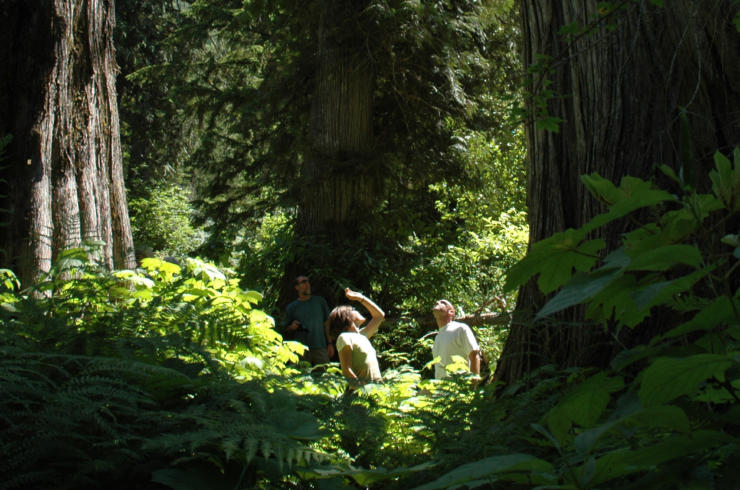 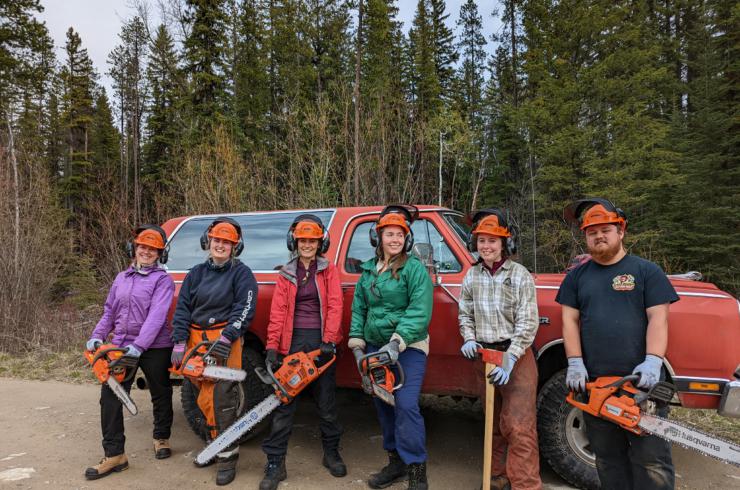 This year, we are launching YCC in Golden, where focus will be on reducing wildfire risk within a key area of the community; other work may focus on energy efficiency, ecosystem restoration/enhancement, food systems, waste, transport, and community education and engagement.Read More 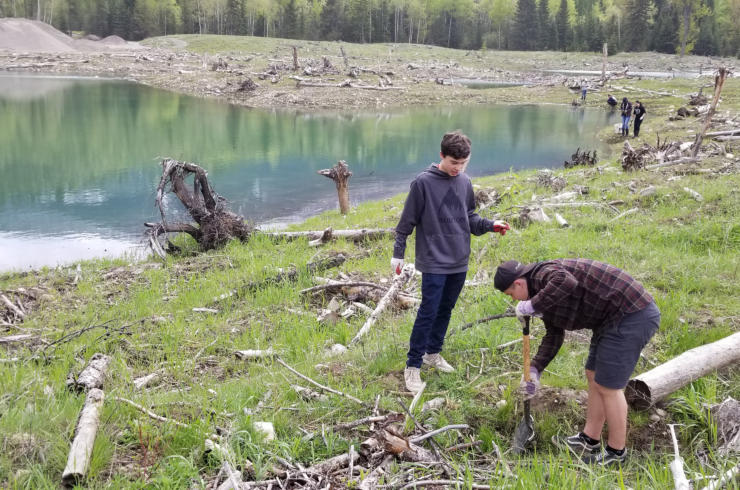 BC Watersheds at risk

With thousands of lakes, rivers, streams and groundwater sources, the majority of Canadians don't give water a second thought. Recently, I was reminded of…Read More 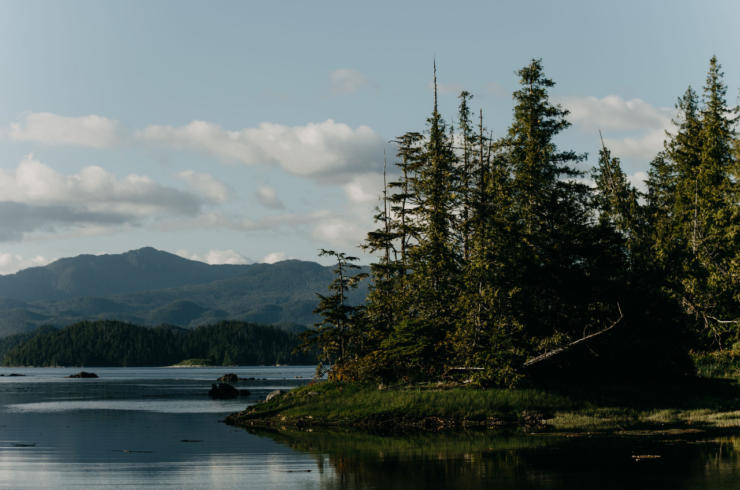