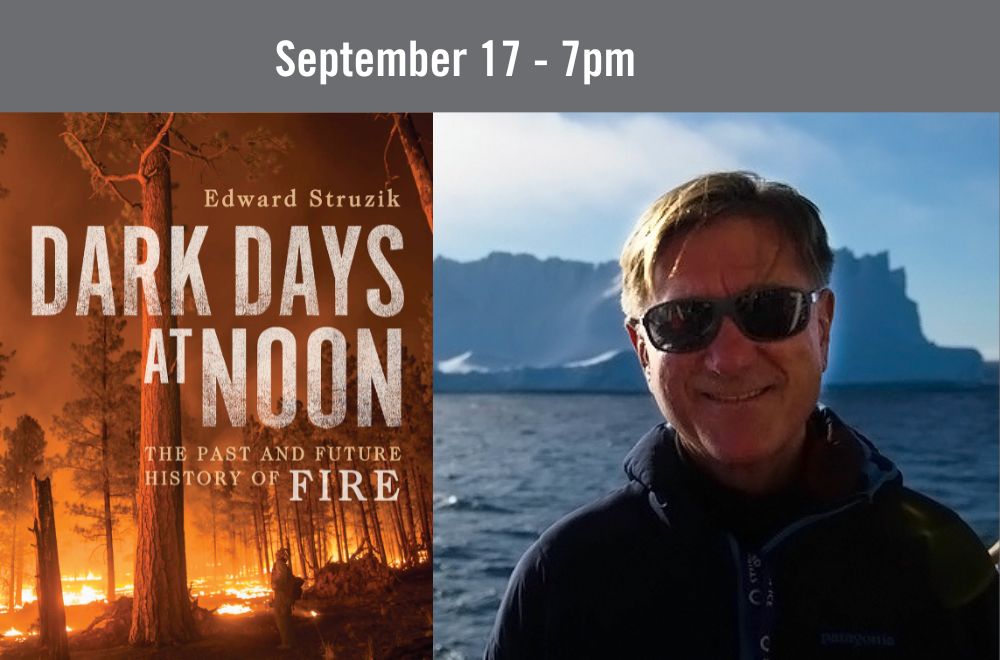 Fires are burning bigger, hotter and with increasing frequency as the climate warms. A doubling of wildfire activity is expected by the end of this century. In this presentation, author Ed Struzik describes the many mistakes that have been made in managing fire in the past and what we can do in the future to mitigate the damage, and use fire in some cases, to our advantage.

This Wildsight Invermere  presentation will be followed by a book signing.

Ed Struzik is an author, educator, public speaker and a research fellow at the Institute for Energy and Environmental Policy in the School of Policy Studies at Queen’s University in Kingston, Canada. He is a regular contributing writer to Yale Environment 360, an international on-line magazine that offers analysis, reporting and debate on global environmental issues. Yale 360 is published at the Yale School of the Environment.

His many other articles and essays appear in newspapers and magazines such as the Los Angeles Times, Scientific American, The Walrus, The Tyee, Narwhal and in journals such as Policy Options, Conservation Biology, and Foreign Policy Review. He was recently featured in the National Geographic documentary, The Last Ice, and Frozen Obsession, which was recently aired on PBS in the United States.

Ed has earned more than 30 international and national awards for his writing and his books. Included among them are the U.S.-based Grantham Prize, which honours and encourages excellence in writing on the environment; the Sir Sanford Fleming Medal, which honours one Canadian each year who has made an outstanding contribution to the understanding of science, the Atkinson Fellowship in Public Policy, which provides year-long funding for the exploration of a public policy issue of national and international interest, and the Michener-Deacon Award for public policy, which is handed by the Governor-General.

We should learn to live with fire, rather than trying to solve or eradicate it.

Back to Fire & Ice page