Join Wildsight Kimberley Cranbrook for a screening of “AWAKE: A Dream from Standing Rock” on Saturday, February 10th at Kimberley’s Centre 64. AWAKE tells the story of the massive peaceful resistance led by the Standing Rock Sioux Tribe to the Dakota Access Pipeline through their land and underneath the Missouri River. More details on the film here, including a short trailer.

The evening will begin with an introduction by Sophie Pierre, former chief of the Aq’am community who visited the camp and protests in North Dakota. Wildsight Kimberley Cranbrook will facilitate a discussion to follow the film. Filmgoers are asked to arrive by 7 pm, admission by donation (suggested $10). 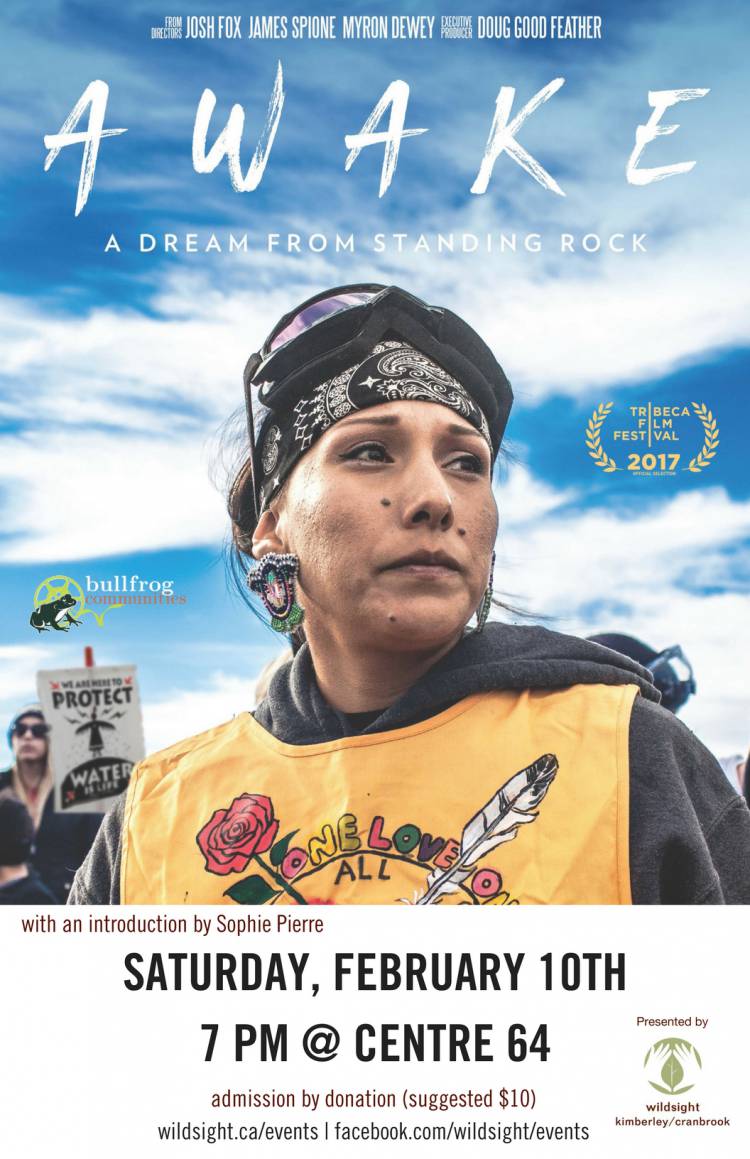