Saying goodbye to an environmental warrior

Ellen was a tireless advocate for conservation in the East Kootenay. With her husband Don and two sons Michael and Luke, she lived on their homestead on the Parson bench. While her many jobs have included homesteader and organic gardener, newspaper reporter, community legal and women’s advocate, it is her staunch championing for the wild creatures and places in the Columbia Valley that she will be most remembered for.

Ellen was a trusted member of the Wildsight family for more than 30 years. The relentless work she put into conservation and education across the region led to major victories for the natural environment.

Amongst her many accomplishments, Ellen played a lead role in protecting the Cummins River Valley, a 200-square kilometre low-elevation Rocky Mountain rainforest and wilderness north of Golden. She helped achieve protection status for the East Columbia Lake Wildlife Management Area. She was instrumental in preserving the beautiful old growth forest in the Upper Wood River, and consistently represented the environmental perspective in land use planning negotiations, including the Commission on Resources and Environment (CORE) process in the 1990’s.

“Ellen was a fierce fighter for the protection of the environment in the East Kootenay for decades,” remarked John Bergenske, Conservation Director at Wildsight, who worked alongside Ellen in advocating and protecting our natural world.

Citing her many environmental victories, John said they might not have happened if it were not for Ellen’s persistence.

“She was a very strong-willed person who didn’t shy away from a fight.”

One place that fighting spirit showed great results was in the Columbia Wetlands. The wetlands drew Ellen into the environmental battleground; she first got involved with a Golden area environmental group back in the early 1980’s to oppose pesticide-spraying in the Columbia Wetlands. She helped them to be designated internationally as a wetland of importance (Ramsar status) in 2005. After decades-long advocacy, the final piece of protection came in 2016 when boating regulations were established on the main stem of the Columbia River.

During an interview with Wildsight in 2016 following the announcement that boating regulations had been formalized, Ellen was asked why she spent so much of her life fighting for the wetlands.

“It is in my nature to be tenacious, to never give up—from the start I committed to the long haul,” Ellen said. “I believed in the concept of limiting motorized access in sensitive habitats, and here we are dealing with an amazing ecological treasure that is ostensibly set aside for wildlife and where wildlife are supposed to come first. I felt obligated to give a voice to those critters who had no voice.”

Through the years, Ellen had been a member of CPAWS BC, Yellowstone to Yukon Conservation Initiative, and Columbia Wetlands Stewardship Partners; she sat as a board member on the West Coast Environmental Law, and Golden Food Bank, as well as director of the Golden Women’s Centre. From 2008 to 2012, Ellen was the regional coordinator for the BC Bird Atlas.

She was the first Canadian woman to win the Yves Rocher Foundation Terre de Femmes (Women of the Earth) Award, an international award of distinction. 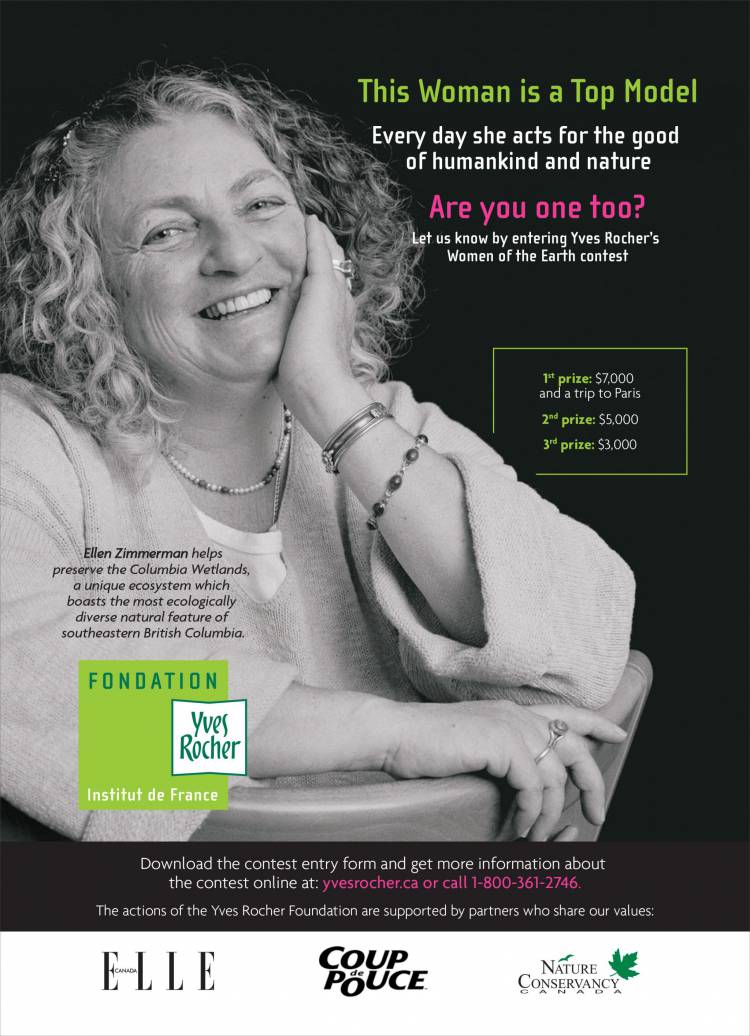 Robyn Duncan, executive director at Wildsight, points out that being a female environmental activist in the 1980’s and 90’s would not have been easy.

“Ellen helped to pave the way for women in the environmental movement,” Robyn said. “Ellen was passion embodied – fiery, passionate and doggedly stubborn, she never backed down from a fight to protect nature or defend women’s rights. She leaves behind a tremendous legacy.”

Ellen hoped her advocacy would set an example for the next generation of environmentalists.

“It is important for young people to be able to see the positive outcome of issues that stretched over years; and to not lose the history of what led up to our successes and failures in defence of the environment,” Ellen said. “Young people, especially, but also all people. I think history is less important to younger enviro activists, but it is relevant.”

Ellen will be missed by many, including those who worked alongside her for many years in the pursuit to protect wilderness.

Joan Dolinksy, president of the Golden Wildsight chapter, first got involved with conservation work thanks to Ellen, who called Joan to join in the startup environmental organization, the East Kootenay Environmental Society. Joan watched through the years as Ellen battled giants and conquered them all, from land use planning to wildlife and habitat preservation.

“She was more of a ‘big-picture’ person, and was really good at politics,” said Joan. “Her strongest points were negotiating and holding her ground. She was a woman in a world of men; she had to be pretty firm.”

Longtime friend and fellow advocate Lesley Giroday said Ellen’s passing leaves a hole in the environmental community, and in her own life.

“She’s one of those few people that you could count on in a storm,” Lesley said. “She was smart, she was tough, she was passionate. And she was tenacious.” 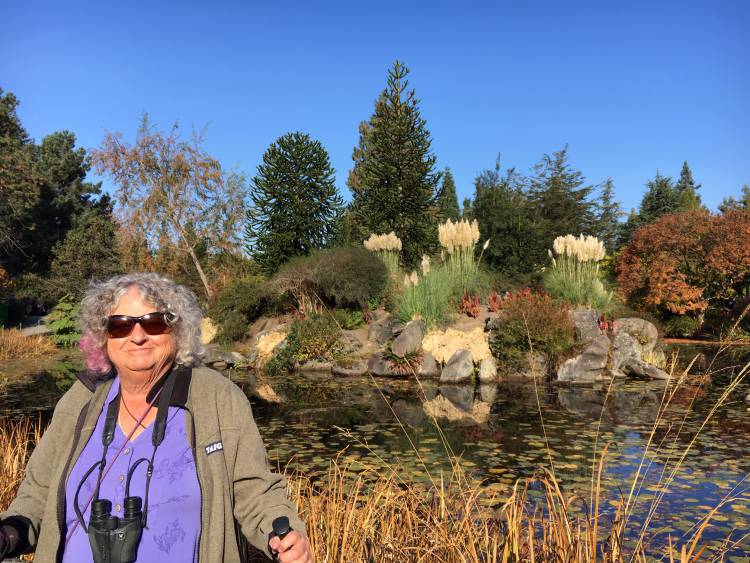 Thank you Ellen, for letting us be part of your life’s work. It was a life well lived, and we honour you.