Posted on November 16, 2022 by Lorene Keitch
Photo: City of Nelson

When we launched the Youth Climate Corps (YCC) in 2020, we found Nelson, BC fertile soil in which to plant our first crew. This city is a leader in climate action, doing what is within its reach to create a more resilient community in the face of climate change.

After extensive public consultation and research, Nelson recently launched Nelson Next, a blueprint to reduce greenhouse gas emissions and plan for climate change impacts. The city’s Climate & Energy Team is now working to share this plan with the community at large.

This past summer, our West Kootenay Youth Climate Corps crew helped spread the word about Nelson’s plan and encouraged public participation in the city’s climate programs. This work aligns with YCC’s vision to empower young people (from ages 17-30) to act on climate issues. We work together to minimize the impacts of climate change while building a more resilient future, addressing global issues at the local level.

For the City of Nelson, the partnership made sense as it’s important that all ages, but especially young people, understand and can help contribute to local momentum in climate action.

“Climate change is a collective problem, and therefore requires that we have collective solutions. Young people are change agents. They bring urgency, but they also bring a desire and passion to take action on it,” reflects Cecilia Jaques, Nelson Senior Climate & Energy Strategist. “YCC was a way to engage young people, to help them learn about our plan, and engage the broader community in meaningful conversations about climate change.”

The 12-member crew learned about the in-depth community engagement that went into building the plan, as well as the data that underpins the strategy. They became ambassadors for the climate plan, sharing how residents can participate in current climate programs this past summer at the farmers’ market and downtown. 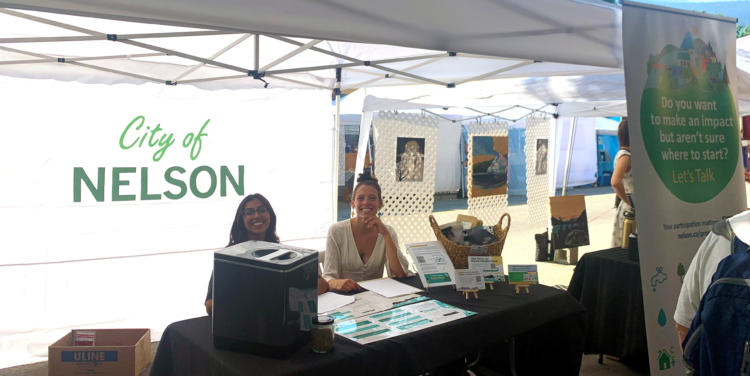 The YCC crew had more than 200 meaningful conversations with residents — conversations that got into discussions about Nelson Next or ways the city can support citizens to become part of community solutions.

“I was really impressed with their level of commitment,” says Cecilia. “It was great to see them having conversations; I saw people engaged, and really coming away feeling inspired.”

The numbers speak to the partnership’s success: the city doubled enrolment in their e-bike financing program, saw increased enrolment in the home energy retrofits program — unusual given that it’s summertime — and had many people put their hand up to join the early adopter’s list for the organics diversion program as well.

“So we can clearly see that there was a tangible impact from having these conversations with folks out in the community,” Cecilia says.

Mel Lavery, Wildsight YCC coordinator for the West Kootenay, says this collaboration was beneficial for the crew, who learned new skills and undertook meaningful work.

“The city of Nelson has one of the most comprehensive climate plans on a municipal level within North America. Being able to support that work, even in just an exploratory capacity, shows how we can engage young individuals in municipal climate action in a meaningful way,” says Mel. “I think some were intimidated at first. They were taking on the voice of something bigger than themselves. But it was interesting for them to do something really different in the community and just as meaningful as the work they were doing in the field.”

At a committee-of-the-whole meeting with council on September 27th, council members expressed interest and appreciation for the collaboration.

In multiple visits to the farmer’s market, she had several conversations with YCC members about Nelson’s climate action plans.

“They do draw people in to hear the story,” Councillor Morrison witnessed. “It’s a great program, we’ve got some great young people getting involved, and they speak so passionately about it.”

YCC bridges the gap between knowledge and action, aspirational climate targets and next step practicalities. Our vision is about building better leaders who can communicate, collaborate, navigate barriers, and build capacity by embracing challenges as an opportunity to grow and learn.

One of the reasons our YCC crews have been successful so far is the relationships we have built with like-minded organizations to undertake projects that contribute to global mitigation efforts while enhancing local resilience and education. Through partnerships like this one with the City of Nelson, we are able to make local progress while setting an example that can inspire provincial, national and even international change.

While the City of Nelson continues to model how communities can respond to the climate crisis, we hope YCC will inspire people across Canada to support young people in leading the way forward.

Learn more about Nelson Next. 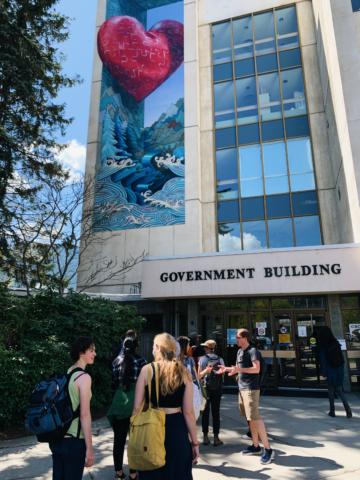 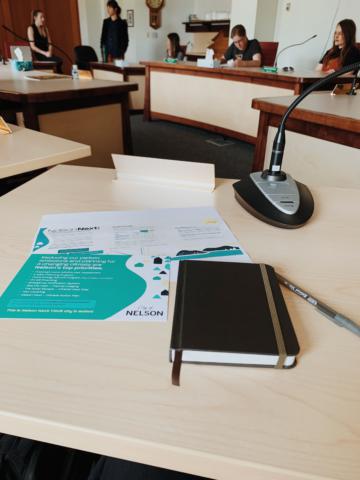 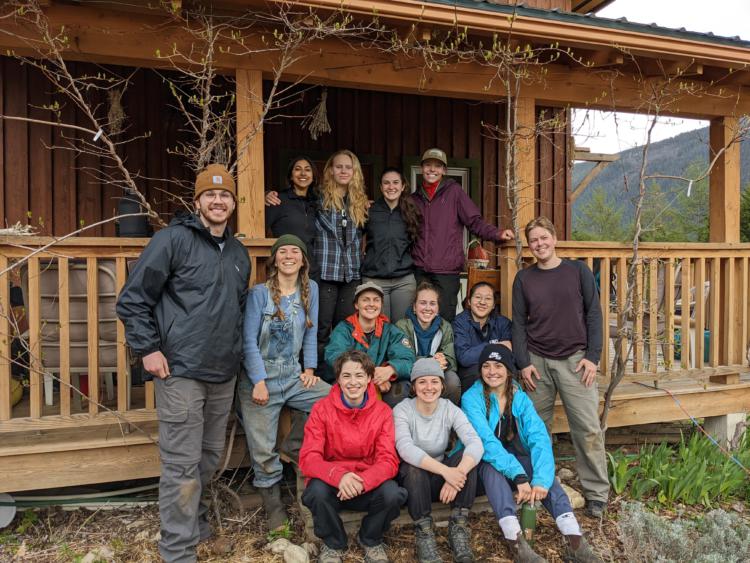 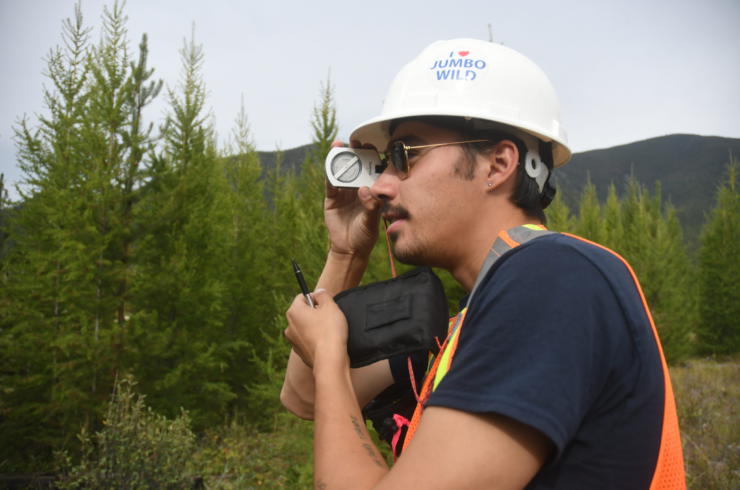 We're currently hiring a coordinator for Golden! Learn more. --------- We believe you have the power to shape the future of your community and the…Learn more about YCC