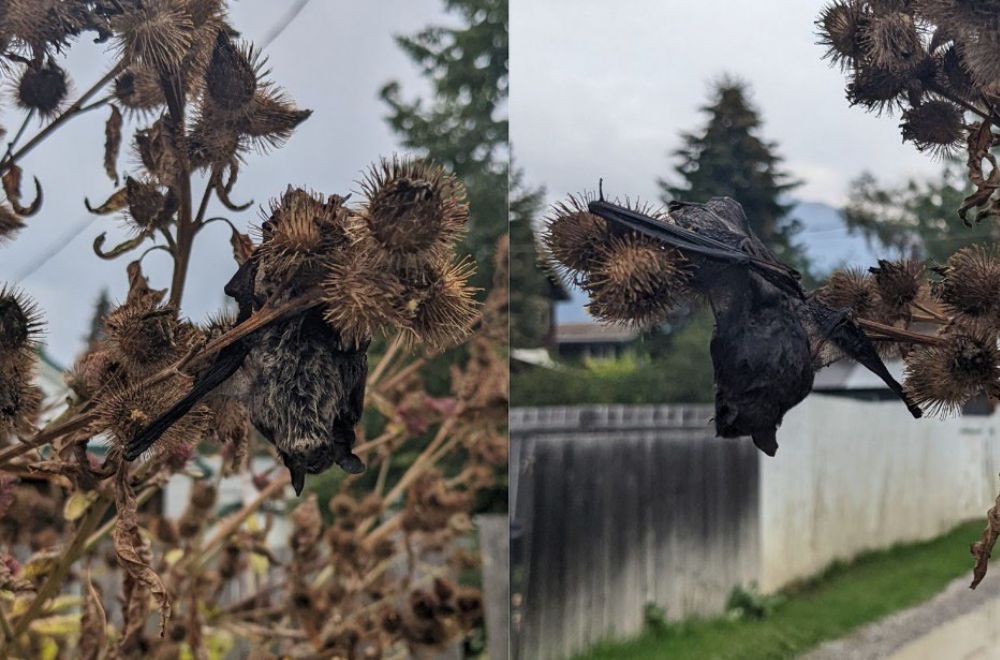 Posted on September 28, 2022 by Wildsight Golden

This is a good reminder to remove any Common Burdock burs you find on your property!

On September 16th 2022, Wildsight Golden’s Community Invasive Plant Program coordinator found a deceased bat that had been stuck to the burs of a Common Burdock plant. It was found in a back alley of a residential area in Golden that the coordinator visited to remove a Common Burdock infestation. The bat was later identified as a Little Brown Myotis (Myotis lucifugus) by Dr. Cori Lausen of the Wildlife Conservation Society.

The Little Brown Myotis is a federally endangered species. This sheds some light on the serious effects invasive species can have on the local ecosystem. Not only do invasive species like Common Burdock out compete native plants, they can also have a detrimental effect on native animals. Common Burdock burs can also stick to and confine other small animals like birds and small rodents. As unfortunate as the death of the endangered bat is, it confirms and reminds us of the importance of managing and removing invasive species.