Andrew and Julie Caldwell were chosen as this month’s climate champion. Andrew and Julie are two Golden locals who have done many things in their personal lives to reduce their carbon footprint/ecological impact.

They have an energy-efficient straw bale house which is made out of renewable and recycled materials whenever possible. Their home is also heated by a masonry stove using firewood from their property or nearby deadwood. The heat from the fires is absorbed by the thermal mass of the woodstove, keeping the house and oven at a constant temperature. They have a water system that uses a solar powered pump meaning they can still get water in a power outage. Since Andrew and Julie live out of town they decided to purchase an electric vehicle to reduce their emissions from transportation. They also try to reduce their energy use as much as possible, reuse things as much as they can and and recycle when reusing is not possible. They also have dairy goats, chickens and a small herb and vegetable garden.

In terms of future environmental projects, they would like to get a solar system for their electricity needs including charging their electric vehicle.

When asked if they thought other people could be doing more to reduce their carbon footprint, Andrew and Julie say modern life can make it difficult to reduce your impact on the environment, and everyone could probably be doing a little more. They add that often the best ways to reduce your carbon footprint are also good on your wallet. Their electric vehicle for instance was expensive up front, but they have already saved enough on gas to make up the cost difference between an electric vehicle and a gas powered one, and in a few more years it will work out to be cheaper than a used car as well. The thrift store in town is also a great resource they say, allowing people to reuse clothing, toys, books, etc 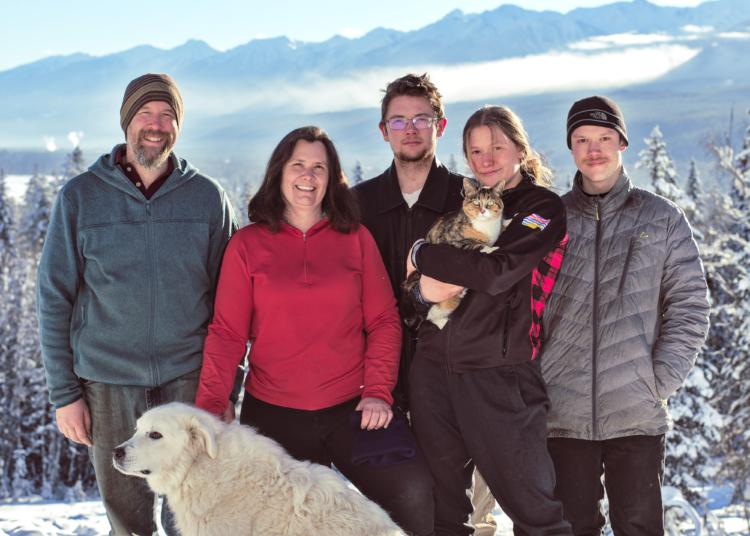