Keeping it wild for wolverines

The first time I met a wolverine it was a bluebird day in the Purcell mountains. As I kick-turned my skis into another switchback that afternoon, I turned, and there she was. She was still as could be, staring at me through the sub-alpine trees, cautious and curious. It was one fleeting moment before she turned and bolted straight up the 45-degree slope above us, and disappeared out of sight.

Wolverines will easily travel 30-40 km in one day, in mountainous terrain. Where we and many other creatures take the easiest route through passes and up switchbacks, the wolverine isn’t daunted by topography. Nothing gets in their way — except for us.

Wolverines are facing tough times in BC. Major highways and resource roads cut straight through their habitat. Development pushes outwards, bringing more noise and destruction to the wild places wolverines depend on.

Without protected and connected areas away from human disturbance, we are putting the wolverine’s survival at risk. You can ensure a better future for these tenacious animals. We must follow their example and fight tenaciously. Your gift will fight for protected areas and parks that keep wild areas connected and intact.

The Purcell and Rocky Mountains are critical corridors for wolverines. In the quiet parts of these mountains, far away from humans, wolverines thrive. In the summer, young males will travel up to thousands of kilometres to hunt and mate. In the winter and spring, wolverine kits are born and fed by their mothers in snow caves. Travelling as a family, youngsters learn the local landscape intimately. Wolverines know that their kits need wild, connected spaces to survive, but it’s becoming increasingly difficult to find.

Across BC, wolverines spend their lifetime trying to avoid the 750,000 km of resource roads in BC, and the clearcuts, traffic, and predators they bring.

The wolverine is a fighter, won’t you fight with them? Your gift will give voice to wolverines in Victoria, fighting for policies that put wildlife first. 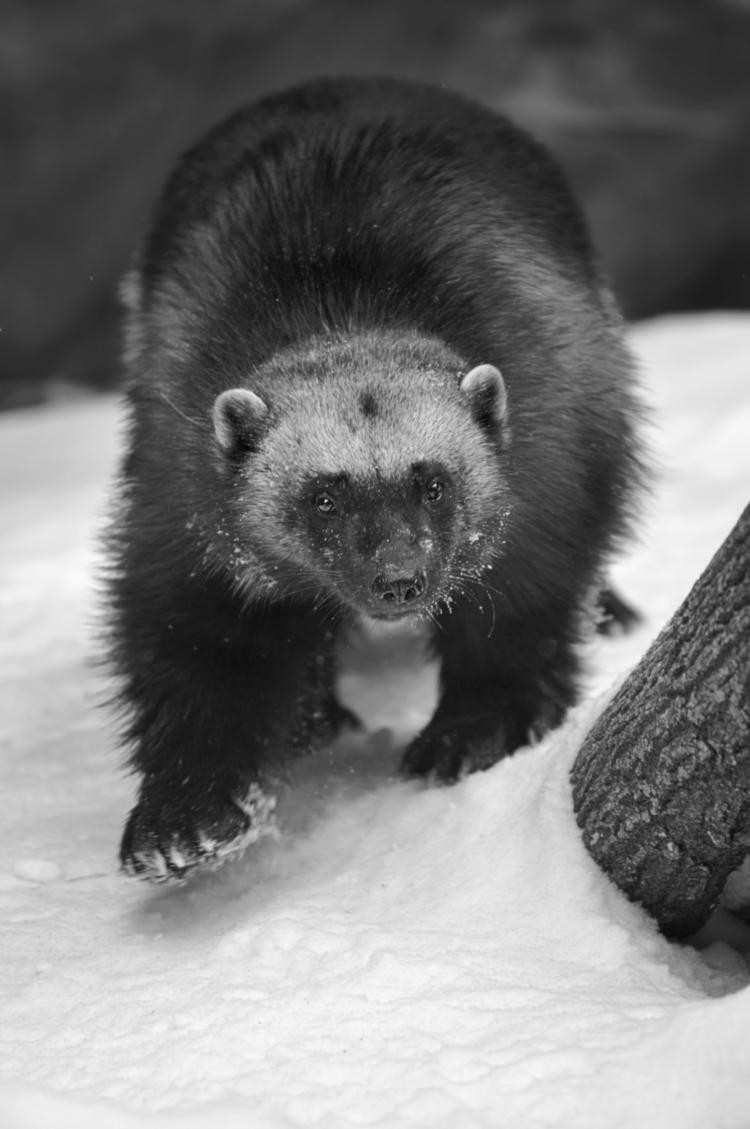 Wolverines rely on high elevation habitat to find food and water, to give birth and raise their young, to rest, and to run. A warming climate and the dire consequences of the human footprint has resulted in a catastrophic issue for wolverines – the year round snow that they need is predicted to decrease in much of western North America.

Luckily, this region is predicted to be an excellent climate refugia. As the snow on lower-elevation mountains melt, ranges like the Columbia Mountains are expected to retain the safe and snowy habitat wolverines rely on. Will you help ensure these special places remain a viable climate refuge for wolverines? Your support of meaningful protections right now will fight for connected and protected mountain ranges across the region.

When I remember the way the wolverine looked at me that day, it was clear that even my quiet travel by was a disturbance and had an impact on her.

Even the strongest creature that runs straight up and over mountains needs our help. Will you help to protect the wolverines future?

PS. Giving monthly is the most effective way to create meaningful change for wolverines and the wild places they live in. Become a monthly donor today and fight for wildlife and wild places all year round.