The article below was originally published in the Salmon Arm Observer and Shuswap Passion.

Thanks to the work of a forest campaigner, Eddie Petryshen, from the Kootenay environmental group Wildsight, we are now aware of the plans to log the remaining stands of giant, ancient red cedars in the Upper Seymour River watershed that provide critically important early winter habitat for mountain caribou. While this area is not a nearly pristine valley like the contentious Fairy Creek, it does contain the Shuswap region’s most at risk old growth forest that needs to be protected.

Land use planning from two decades ago resulted in the creation of the 11,000-hectare Upper Seymour Provincial Park, along with a caribou management plan that resulted in the protection of an additional 10,000 hectares, yet most of these protected areas are in high elevation spruce and balsam forests. Caribou are at extreme risk from logging and roadbuilding, which opens the country for moose, that are followed by wolves who prey on the caribou.

Except for the park, most of the Seymour river watershed is filled with roads and managed forests growing in the blocks that were logged from 1980 to early 2000s. With these openings now growing in, the moose and the wolves have been moving out. These planned blocks would not only destroy important early winter habitat, but also bring back the wolves.

One might think that the recent announcement of old growth forest deferrals would protect these stands of increasingly rare ecosystems that has seen little disturbance in thousands of years. Unfortunately, the ecologists who identified the 2.6-million hectares of old growth in the province that are now under consideration for deferral, had insufficient inventory data to use and thus only one of the blocks out of the proposed 621 hectares of clearcut logging is slated for deferral. Note that an additional 8 or 9 blocks do overlap proposed deferral areas.

Here in the Shuswap, over 77,000 hectares are recommended for deferral, but many of these areas cover forest stands that are already protected in parks and old growth management zones.

The public is being led to believe that this initiative will save the best of the last big trees, but instead it misses the ancient forests most at risk.

The forest industry is pushing hard with its message that saving the last few ancient trees will destroy livelihoods and close mills, yet for the past 20 years the industry has shed 50,000 jobs and closed dozens of sawmills and pulp mills, as it relentlessly clearcut unsustainable amounts of timber, upgraded by automating and laying off workers, and consolidated operations. Meanwhile, most of large forest companies have invested their profits south of the border, where they purchased mills attached to fast-growing tree plantations. The forest sector is quick to lay blame for job loss on the need to protect environmental values, yet they never mention how thousands of jobs are lost every year due to massive whole log exports.

Salmon Arm lost a large sawmill some years ago, and the community hardly noticed the transition, as workers changed jobs or retired. Currently, there is a shortage of tradespeople, which is slowing down construction. Any worker that could potentially be laid off due to protecting old growth forests, could with re-training easily find a new job.

While over one thousand forest land defenders have been arrested trying to stop the logging in Fairy Creek, it is unlikely any activist will venture north to protest logging in the Seymour Valley, as it a six-hour drive from Salmon Arm, mostly on logging roads. However, since July, a group of Revelstoke activists called Old Growth Revylution has been maintaining a blockade 150 kilometres north of the city to halt logging in similar stands of old growth forest that is also caribou habitat. Their demand to protect the Argonaut drainage is supported by both the Splatsin and the Ktunaxa Nations.

It has been over 20 years since the public or user groups have had an opportunity to provide input on planning, but there is now a process for the First Nations. Hopefully, local Secwepemc communities agree to using the old growth referral opportunity to protect Shuswap’s last giant cedars that are home to the endangered mountain caribou, instead of being used to save trees that are already protected.

Saving these last few stands of globally unique ancient rainforest will not only help the caribou survive but will also mean these trees will not end up in the atmosphere as C02, but rather will keep sequestering more carbon, thus helping to mitigate climate change.

Jim Cooperman is a Shuswap local, best selling author, and conservationist. Learn more about Jim on his website, Shuswap Passion. 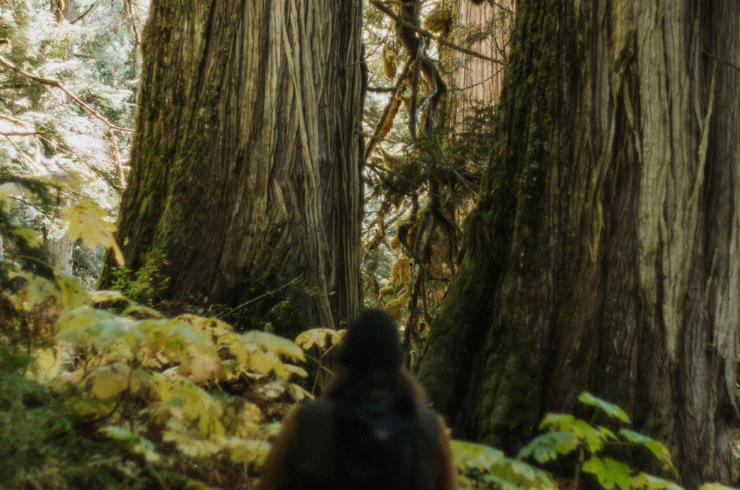 The BC government recently announced plans to defer logging of 2.6 million hectares of high-risk old growth forests pending the outcome of consultations…Take action