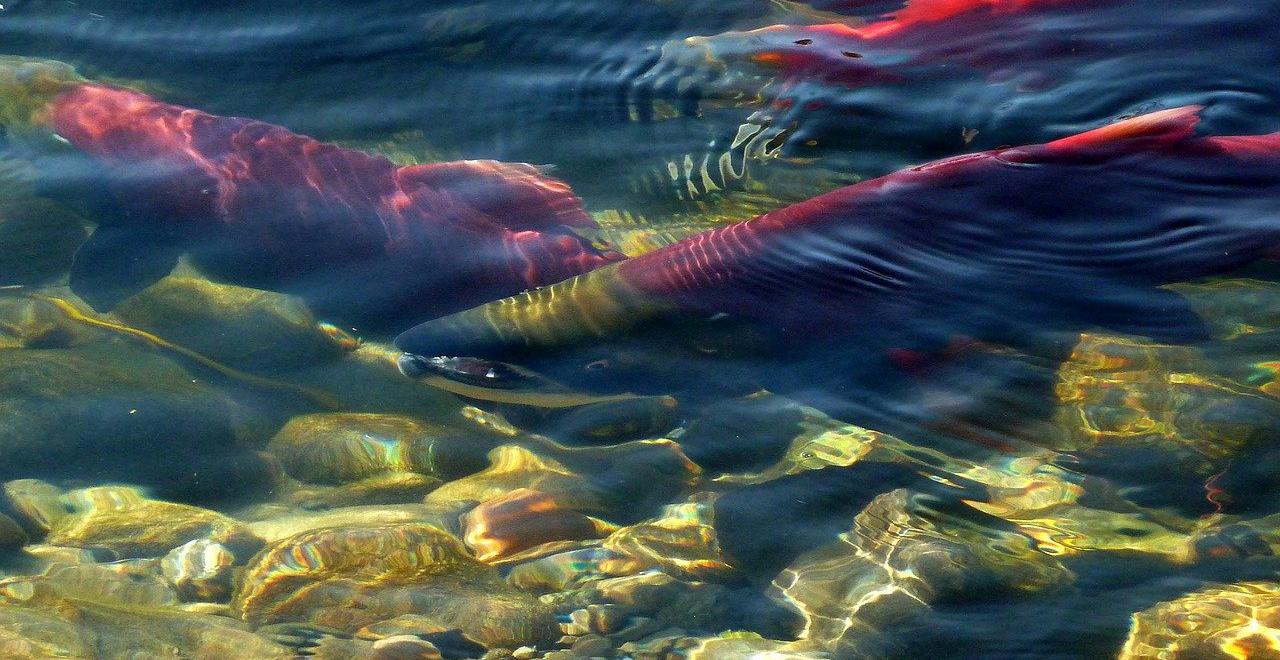 This is National Indigenous History Month with National Indigenous Peoples Day on June 21st. This occasion calls on us to explore the rich and diverse cultures, voices, experiences, and histories of First Nations, Inuit, and Métis peoples. This year, the month is dedicated to the missing children, the families left behind, and the survivors of residential schools — a tragic thread of this country highlighted by the recent discovery of 215 children buried near the former Kamloops Indian Residential School.

Colonization has wrought much damage to people and land alike. Here in the Columbia Basin, at the upper end of the vast, international Columbia River watershed, one of the biggest losses has been the salmon. Now, Indigenous Nations on both sides of the Canada-U.S. border are leading the way to bring them home. This Indigenous History Month and Indigenous Peoples Day, we should celebrate their visionary work on one of the greatest restoration projects our region may see this century.

The Columbia was once among the world’s greatest salmon watersheds, with as many as 16 million fish returning every year to spawn in their natal streams. For millennia, some of these fish swam all the way up to Columbia Lake at the river’s headwaters — a journey of 2,000 kilometres.

In the 1930’s and 40’s, with the Great Depression and the Second World War raging, the U.S. began to see a new opportunity to harvest wealth from the landscape in the powerful flow of the Columbia River. Chief among the projects which emerged from this impulse was Grand Coulee Dam, 959 kilometres upstream from the sea in eastern Washington. Nearly 80 years later, Grand Coulee produces more power than any other facility in the U.S. and irrigates 670,000 acres of arid land nearby in the Columbia Basin Project. It is still one of the largest structures ever built by humankind: A 167 metre-high wall of concrete nearly 1.6 km across with the Lake Roosevelt Reservoir stretching 241 kilometres behind it to just below the Candian border.

By the time Grand Coulee Dam was approved, Columbia Basin salmon runs had already been severely impoverished by overfishing, pollution, downstream dams, and other human impacts. Notably, in the early decades of settlement, the salmon canning industry on the lower river ballooned to a peak of 1,700 commercial fishing boats and 39 canneries, which harvested and processed over 30 million pounds of salmon in 1883 alone. In a matter of mere decades, settlers managed to decimate a renewable resource that Indigenous people had harvested sustainably for perhaps as long as 15,000 years.

However, by 1933 when construction at Grand Coulee began, there were still over 50,000 salmon arriving downstream of the dam site. Salmon’s return from the sea was an annual blessing that Indigenous peoples up and down the watershed depended on for both their cultural and economic livelihoods. Regardless, government planners decided it was too technically challenging to incorporate passage for the remaining fish. Though their reasoning was unsurprising given the enormous size of the dam, an engineer who worked on the project is reported to have said “It was just money. If you build the dam, you could sure as hell build a fish ladder.”

This decision was (seemingly) the final blow for upper watershed salmon runs. Recognizing this, in 1934, the U.S. government sent a letter to the Ministry of Fisheries in Ottawa to ask if Canada would object to the planned lack of fish passage at the dam. Without bothering to consult Indigenous nations or local people, the Canadian government wrote back to say their interests would not be affected, as they saw no “commercial” value in Columbia River salmon. In 1949, the U.S. began building Chief Joseph Dam, 82 kilometres downstream and also without fish passage. Then, in the wake of the 1964 Columbia River Treaty, Canada built Hugh Keenleyside and Mica dams further upstream on the main stem of the Columbia River. In Canada, the Revelstoke (also on the main stem), Brilliant (on the Kootenay River), Waneta and Seven Mile Dams (on the Pend Oreille River) are also barriers to historic salmon habitat.

For most of the decades since Grand Coulee first sealed off the upper watershed, non-Indigenous people and institutions have insisted that restoring salmon would be impossible. But Indigenous people never forgot the salmon and they never gave up. Finally, western culture has begun to respect their persistence.

As a result, the 2014 map shown above is already getting out of date; Sockeye salmon have been restored to Okanagan Lake (in the Okanagan sub-Basin) thanks to leadership from the Syilx Okanagan Nation and other partners to advance a comprehensive multi-year reintroduction effort.

2019 saw two other pivotal moments for the dream of bringing the salmon home:

• July 29th: Sitting on the banks of the Columbia in Castlegar, the governments of Canada and B.C. signed an agreement with the Syilx Okanagan, Secwépemc, and Ktunaxa nations to work together in good faith to explore the reintroduction of salmon in Canada.

• August 16th: Downstream and south of the international border, salmon swam into the Columbia River above Grand Coulee for the first time since the 1930’s in a cultural release organized by the Confederated Tribes of the Colville Reservation.

Since then, Indigenous Nations and tribes have made a lot of progress.

This past May, the five governments in Canada hosted a free virtual festival, Bringing the Salmon Home, to connect the public with their work. Through more than 15 events, over 100 speakers involved in the Columbia River Salmon Reintroduction Initiative shared knowledge on scientific research (including climate change), new technology, traditional stories, working relationships, and even cooking tips. More than 3,000 people registered and thousands have since watched the recordings.

Downstream, the five member tribes of the Upper Columbia United Tribes and their regional partners hosted their own virtual event through the Lake Roosevelt Forum. Tribal fisheries staff outlined a 20 year vision for reintroduction, weaving together technical expertise and moral conviction. Representatives from local government and prominent scientific and bureaucratic institutions were there with a clear message of support.

At the Bringing the Salmon Home Festival, many attendees asked what they could do to help. The message from speakers was loud and clear: learn about what we’re doing and why. Tell your friends and family. This is something we are all going to accomplish together. Welcome to the team.

They also taught the audience ‘thank you’ in three languages native to this land and its first people: Nsyilxcən, Secwepemctsien, and Ktunaxa. This National Indigenous Peoples Day, and every day, I am grateful to live in a place with such outstanding leadership. Lim’limpt, kukwstsétsemc, and Hu sukiⱡq̓ukni to the Indigenous people who have been stewards of this land since time immemorial and who are leading the way for all of us to care for its future.

Take some time to learn more:

2. The Upper Columbia United Tribes and their work on salmon reintroduction

Inspired by the salmon, Graeme Lee Rowlands spent 35 days in 2017 biking and kayaking up the Columbia River from sea-to-source. He now serves as the program manager for Wildsight’s Columbia River Field School and Youth Climate Corps.