Posted on May 26, 2021 by Eddie Petryshen
Photo: David Moskowitz

Dr. Rob Serrouya has spent his career studying caribou and the ecosystems which have supported caribou for millenia. But things are rapidly changing for caribou and the ecosystems that support these elusive critters. We caught up with the Revelstoke-based researcher to talk about the future of caribou, old growth, and his teams’ latest findings which have made major waves in the conservation world.

Eddie Petryshen (EP): What inspired you to study caribou?

Rob Serrouya (RS): The ecosystem was my motivation. The old trees north of Revelstoke, trailing caribou, wolves, and moose in the snow on skis, and appreciating these incredible landscapes and ecosystems.

My mentor, Bruce McLellan, taught me the importance of becoming a biologist that lives in the system you study, not in a concrete jungle somewhere. I fully appreciate the incredible work that goes on in universities, and I thrive there, but nothing beats being able to live in and fully experience your study area and your community.

EP: Have you ever had an experience where you felt particularly close to a caribou in your fieldwork?

RS: I did while trailing caribou in old cedar-hemlock forests in the snow during the early winter. It wasn’t one particular caribou, but a group on the west side of Lake Revelstoke. They are so selective in their feeding habits, cratering in the snow for falsebox and picking off lichen on deadfall trees and branches. Dainty feeders, unlike moose or deer.

EP: You recently co-authored a paper that is making major waves in the conservation world. Can you tell us a little more about this research and your findings?

RS: Over a 12-year period, caribou herds across BC and Alberta lost at least twice as much habitat as they gained. Our research points to logging and road building as the major source of habitat loss for mountain caribou which occupy southern and central BC, while wildfires play a primary role for Boreal and Northern Caribou. Essentially caribou herds across BC and Alberta are still losing habitat, and that rate of loss accelerated despite the Species at Risk Act and provincial recovery plans. It’s difficult to imagine how these habitat trends could be reversed without reducing the level of forest cutting.

Gains were found in areas with young forests that had been previously logged or in some way disturbed, but are now growing trees and vegetation taller than 5 metres. These conditions are when the landscape becomes less suitable for moose and white tailed deer. Typically when the deer and moose leave, their predators do as well and the landscape becomes safer for caribou.

Our findings support the idea that short-term recovery actions such as predator reductions and translocations will likely just delay caribou extinction in the absence of well-considered habitat management. 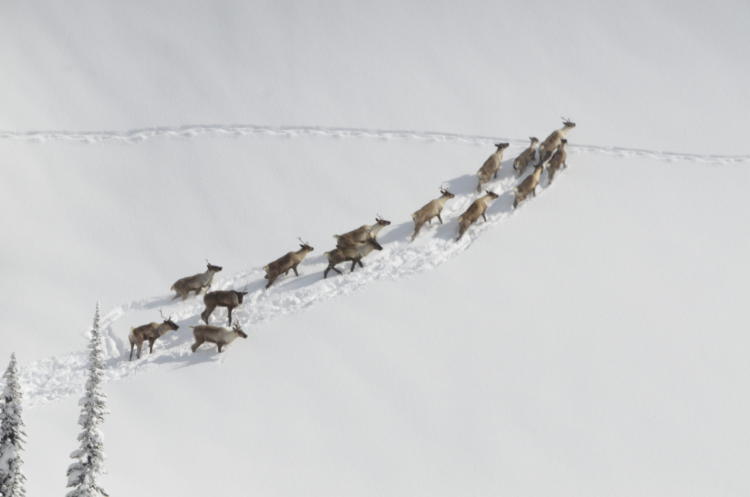 RS: In two ways. First, it ensures that they have food to eat. Those forests provide the substrate needed for arboreal lichens which caribou subsist on, and the snow interception for caribou to access falsebox (early winter food).

Second, and more importantly in the current situation, is that such forests provide little food for moose and deer. So the predation risk to caribou is reduced when there are large tracts of undisturbed forest. So moose and deer remain low in number, and fewer roads in old growth protection zones mean wolves don’t travel as efficiently as they do in a more fragmented landscape.

RS: There is a glimmer of hope in the Revelstoke complex. Our recent analysis shows that Revelstoke lost 198 square kilometres of caribou habitat between 2000 and 2012. But we have gained 269 square kilometres of habitat that is no longer suitable to moose. The 269 km² is not “caribou habitat” but it’s no longer suitable to moose because the old cutblocks are getting older and the conifers are getting taller. So in our whole study, out of our 70 herds, the Revelstoke complex was among the brightest. However, habitat loss still accelerated among the Southern group (deep snow caribou). The 2007 Ungulate Winter Range GAR order protections have helped to make things less worse. The March 2021 census for the Columbia North herd has the highest number of observed and estimated caribou since 1997. It’s very modest growth but it’s certainly a glimmer of hope.

The continued logging of old growth will increase risk to caribou.

We need land use planning to ensure there is enough habitat to meet the needs of caribou.

EP: What’s the worst and best part about being a caribou biologist?

RS: It’s the opportunity to spend time on skis in deep snow in amazing places. In one scientific paper we were cheeky and slipped in this sentence in the Methods section: “Sampling was often conducted after a fresh, deep snowfall and on clear days so the field crew could be safely dropped off with their skis in the high mountains.”
The worst part is receiving the occasional grumpy email for simply trying to conduct scientific research that is not value laden. I try to keep the clear distinction between the science we do, compared to the advocacy that is best done by others.

EP: Caribou has for many years been a depressing topic: old growth forests and caribou habitat continue to be lost at an alarming rate, we’ve seen multiple herds or local populations become extirpated. So what gives you hope?

RS: Great question. The fact that herds like the Klinse-Za have increased (from 36 to 101 animals) along with further habitat protections. Those are recovery efforts led by the West Moberley and the Saulteau First Nations.

The Columbia North herd also gives me hope. The herd has been at least stable since 2004, as a result of some habitat protection, as well as the moose stabilization. Like I mentioned before, although the growth is very small, we counted and estimated the most caribou since 1997. I never thought I’d see that in my career. 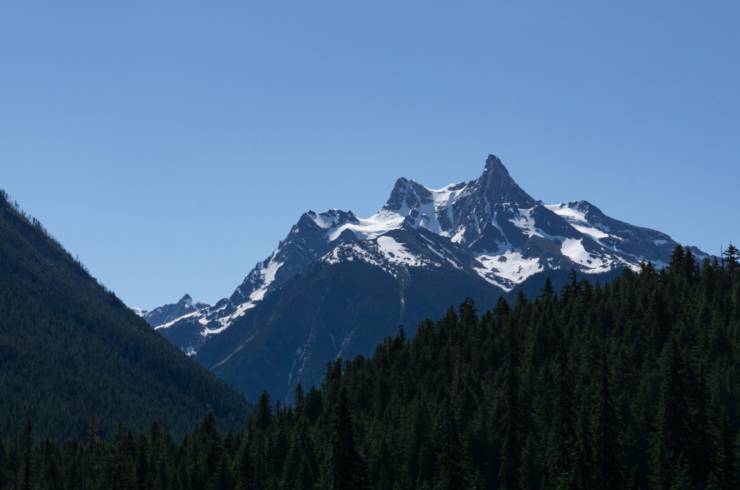 Argonaut old growth is still on the chopping block

Government planned to log untouched old growth in Argonaut Creek, deep in the Inland Temperate Rainforest north of Revelstoke. But more than a thousand people spoke up and they cancelled most — but not all — of their logging plans.Take action