Canada & BC reach historic agreement to protect mountain caribou—but will it be enough?

The governments of Canada and British Columbia last week announced an agreement to protect threatened mountain caribou in part of the province. This historic agreement between the federal and provincial governments is the first ever agreement reached under Section 11 of Canada’s Species at Risk Act. The agreement, which covers the Central Group herds located in the Northern Rockies and Peace area, will be a template for future agreements to protect the other groups of mountain caribou herds, including the southern herds in the Kootenays and Columbia region.

“So far, what we’ve seen is that BC’s strategies to recover our mountain caribou have failed,” says John Bergenske, Wildsight’s Conservation Director. “Mountain caribou populations continue to decline, with entire herds disappearing and our southernmost herds barely hanging on with a dozen or so caribou.”

“There were more than 2500 caribou in our southern area in the mid 90s. Those herds are down to roughly 1300 caribou today,” says Bergenske. 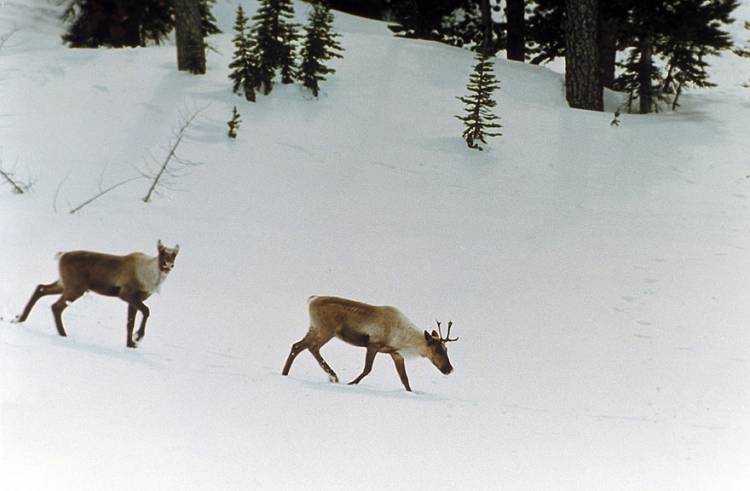 Wildsight will be looking closely at the draft federal and provincial agreement for the Central Group, which will be released next week, to make sure that habitat protections and recovery measures are strong enough to give our mountain caribou a chance to recover.

“The focus in the few details we’ve seen so far is on protection of high-elevation habitat,” says Bergenske, “but we’re worried that nothing has been said about the lower elevation habitat in the valleys between the mountains. Mountain caribou need habitat protection across the landscape, not just high-altitude islands of protection.”

Bergenske is glad to see the new commitment from both governments, including the strong emphasis on cooperation with Indigenous peoples. However, Wildsight is skeptical that the governments will be willing to take the strong action that is needed to protect mountain caribou.

“Over the years, we’ve seen far too many exemptions to critical habitat protection and very little enforcement,” says Bergenske. “We can’t keep making trade-offs and compromises until the last caribou is gone.”

Without strong habitat protections, mountain caribou populations are expected to continue to decline, with many herds likely to be lost in the coming years. Mountain caribou make their home in the inland temperate rainforest ecosystem, the only rainforest in the world found far from an ocean, which continues to be threatened by loss of old growth forests.

“Logging, mining and recreation in the inland temperate rainforest add up to death by a thousand cuts for caribou. If we let mountain caribou slip away because of habitat destruction, it won’t be long until we see our rainforest ecosystems breaking down,” says Bergenske. “British Columbians will have to push their governments hard to save our mountain caribou and our mountain rainforests.”

Now, you have a chance to send a comment to our governments, telling them the Section 11 mountain caribou agreement must be stronger.